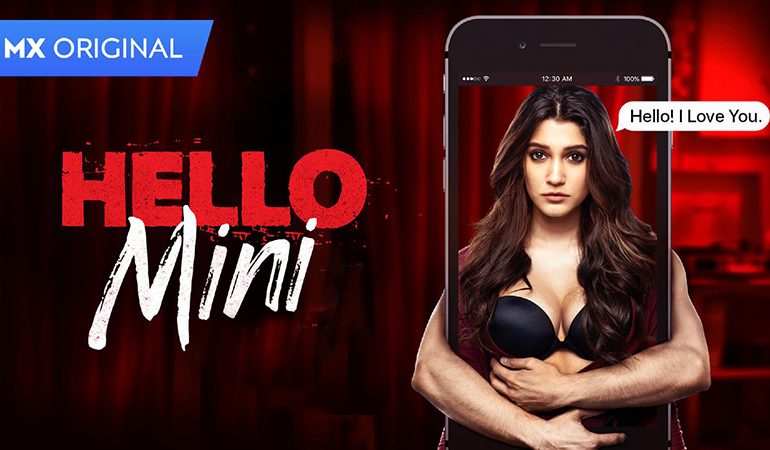 Erotic thrillers seem to be the order of the day in the digital space. Doesn’t matter if a series has a recognisable plot or not, it isn’t complete without a dose of sex, expletives and thrills, if we are to go by the current-day filmmaking standards on streaming platforms. Hello Mini, the latest offering from MX Player, revolves around the travails of a corporate employee Rivanah Bannerjee. Rivanah’s perennially problematic love life is compounded with the issue of a creepy stalker, who harasses her virtually while hiding his/her identity. Her roommate Ishita, love interest Danny, inspector Kamble help Rivanah get past a brutally affecting series of events in the process. 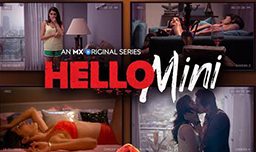 Anuja Joshi, gives it all, in this series with a twisted, unconventional role of a city-bred woman. The actor shows promise but it feels like the makers don’t show much interest in her abilities and prefer to view her a sex object. Priya Bannerjee is sparkling as long as she lasts on the screen in the shoes of a free-spirited girl, but it’s high time she rises above mediocre parts like these and heaps something worthy from her arresting screen presence. Mrinal Dutt, last seen in Cold Lassi Aur Chicken Masala, doesn’t get to do much beyond his sexual advances towards his romantic interest and showing his supposedly hot-bod.

Hello Mini, adapted from a novel ‘Marry me, Stranger’, written by Novoneel Chakraborty, despite its audacious treatment, has a decent plot on paper. A story surrounding a virtual stalker and harasser couldn’t have been more well-timed than the current era where online trolls, hatred, harassment are a daily reality for many. Here, the writer adds another layer to the issue with the protagonist also being a woman who’s grappling with a mental illness. She wakes upto strange dreams and premonitions that affect her daily life. Couple that with a series of commitment issues with her boyfriends, an over-enthusiastic roommate and Hello Mini seems an interesting series on the cards, but just that it isn’t.

There are 15-odd episodes in the series, yet it only shows signs of some progress with the story after the tenth episode. Until then, Hello Mini is mostly about the sexual escapades of its leading protagonists. Rivanah’s boyfriend talks of having a boner on a video chat, there’s regular sexting between the partner(s), her flatmate’s buddy likes it kinky while making love, there’s an unexpected homosexual encounter and every man in the series is only imagining his bed-time with a woman. Amid all these, the story of the supposed stalker who’s taking note of Rivanah’s conversations, journeys and blackmailing her with a few video clips, takes a backseat. There’s no focus on what the director Faruk Kabir wants to convey.

Just when you think the director’s only intent is to sell erotic thrills and has no idea of telling a story, Hello Mini springs a surprise. The series is gripping towards the climactic portions where the identity of the stalker isn’t as simplistic as it seems. There are a couple of twists that turn the narrative on its head and is followed by a mysterious ending. One wonders why the director couldn’t wrest a similar control over the content in the earlier part of the series. He’s especially good in handing the thriller-segments and his discomfort with romance shows. Faruk could have done a lot to tone down the perversion and hyper-sexual treatment that lends the series a B-grade-like quality. 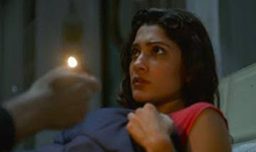 Among the many other problems with Hello Mini is its very idea of men not being able to think beyond their genitals. Agreed that this is a story told from a woman’s perspective, but the balance between the sane and insane among the genders isn’t quite in its place. The unexpected subplot about Rivanah going to a slum to teach a few kids appears insignificant in the larger scheme of the story. It’s frustrating that the series doesn’t reach a conclusive point towards the end and reserves the answer for another season. Despite a gripping plot idea, it’s a shame that Hello Mini can’t make good use of it.

Television actor Arjun Aneja, as a creepy colleague and a childhood friend to the protagonist, proves he has a badass dimension to his repertoire beyond his portrayals as a sweet, honest man. Anshul Pandey has more or less a blink-and-a-miss appearance in the series and is ailed by a poorly written role. Gaurav Chopra is probably the only actor who boasts of some aura in his performance and brings a larger-than-life quality in his part as a sex-hungry corporate honcho. Nothing is interesting or attention-worthy about the roles played by Vineet Sharma and Tamara D Souza.

The music and the background score of the series may not be exactly masterful or original, but it fulfils the needs of the story reasonably well. The cinematography leaves a lot to be desired with the desperation to lend some raunchiness to the proceedings. The adaptation from the book to the series is where things must have certainly gone wrong for the makers of Hello Mini. With a firmer focus on the plot, crispier length and more capable actors, the series could have been better news for streaming enthusiasts.

Intriguing plot
The tension in the latter part of the series
Its timely focus on issues like stalking, virtual harassment