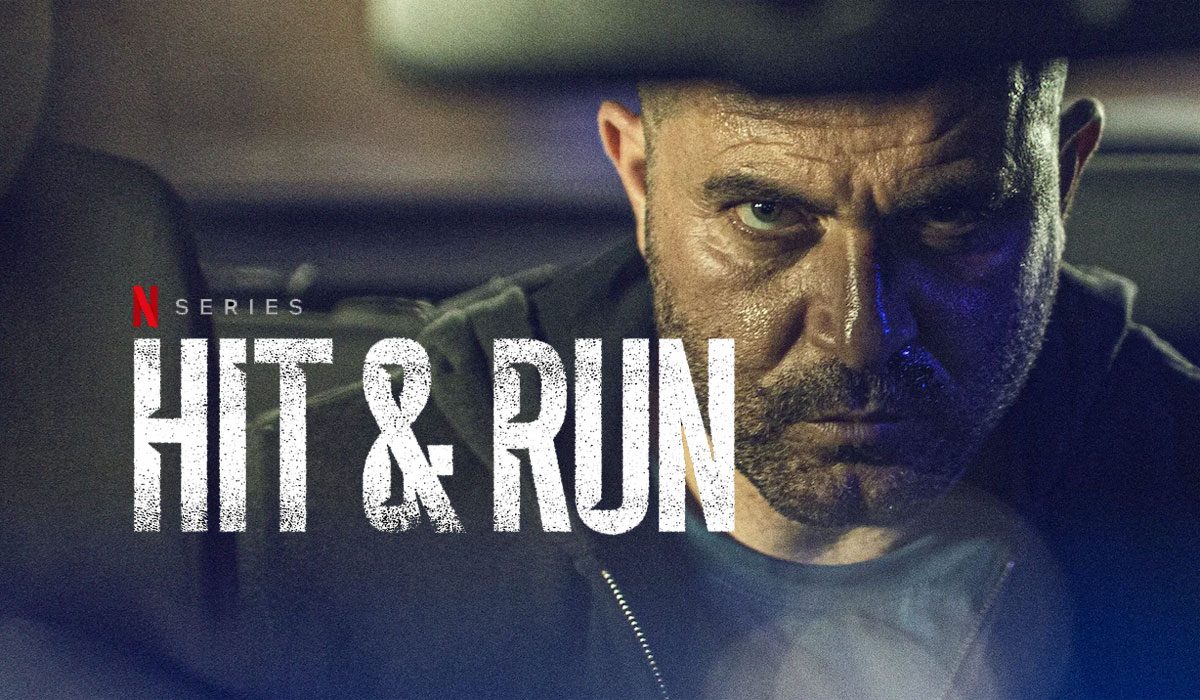 BOTTOM LINE: A Good Revenge Thriller Series That Became Its Own Enemy

Skin N Swear: A lot of swearing and some nudity. Definitely some 18 years+ material.

An Israeli tour guide, Segev Azulai, is happily married to his American dancer-wife, Danielle Wexler Azulai. They live together in Tel Aviv along with Segev’s young daughter, Ella. The entire family gets uprooted when Danielle is suddenly killed in a mysterious hit and run accident just before her flight to New York, where she was invited for a dance audition. Grief-stricken, confused and angry, Segev hunts down his wife’s killers – whose trails lead him to New York. With the help of a few old friends, they decide to work on his beloved wife’s case. However, as they dig into Danielle’s life, Segev starts to uncover mysterious secrets and disturbing truths about her – things he never knew about nor did he ever want to know. Should he continue to dig? Or should he stop and return to his daughter and mourn his wife’s death in peace?

Nearly every actor cast in this web series is perfect. Kaelen Ohm shines as the dancer-cum-spy Danielle Wexler during the brief moments she appears on-screen and Gal Toren’s performance as Ron Sharon, Segev’s friend suffering from PTSD is just as good. Both actors put up good performances that keep the script moving. Sanaa Lathan’s Naomi Hicks is supposed to be Segev’s moral compass and Samantha manages to do exactly that without being overly patronizing. Sure there are some slow moments, but make no mistake, this series is held together by few things – and the actors are one of them. Gregg Henry and Igal Naor deserve a special mention for their formidable presence in portraying a CIA and Mossad Agent respectively.

However the truly standout performances were done by these two – Moran Rosenblatt and Lior Ashkenazi. Moran Rosenblatt plays the pregnant cousin to Segev, Tali Shapira, who is also an Israeli cop. She is one of the people who get dragged into Segev’s mess for digging too deep into his wife’s death and the fact that she has to do a lot of covert operations while pregnant and Moran is able to convince of that fact is ridiculous. Lior Ashkenazi plays a much more nuanced character – a National Security Council Intelligence agent who falls in love with Danielle. His character journey alone has some of the best acting performances in this series.

However, we are slightly disappointed by the casting of lead actor Lior Raz. Lior does not give off the vibe of ex-military and it is especially noticeable when the actor attempts to run on-screen. Most of the action sequences featuring the actor have many cuts and it gets irritating after a while. To be fair though, the actor does really well during most of the acting parts, which helps push many slow scenes along.

The synopsis of the web series is one thing, the actual plot is another beast in its entirety. So it turns out that Danielle Wexler is actually a CIA Agent who was undercover in Tel Aviv. She manages to recover some important documents from an important Mossad agent called Eitan – but she gets made and is forced to flee. However, instead of leaving the country immediately she decides to leave after a couple of days, for the sake of her family. This slight delay in fleeing to the US results in her death. And that is the major cause of her death, in case you guys didn’t follow.

This series has a good script, some really good acting and even better production. The TV series manages to get really good actors to portray some impressive characters on screen, and even when scenes start to drag out a little, the script manages to pull an epic action sequence or plot twist out of its butt. Sentimental scenes are few and far in between, but when you do see it on screen, it is really good.

The early editing of the series is also interesting. How Segev remember’s meeting his wife and then how he mourns for her with his daughter is brilliantly edited. Oh, and the music of the web series is excellent. The OST and other music selections included.

However, the series starts to drag during the 9 episodes. The pacing of the series starts getting all over the place and the web series takes up too much time. We understand that each character requires a lot of character depth – but many scenes from Naomi and Ron’s side-stories are not required. The series can easily be cut short by a couple of episodes and that would make the series even better (in our opinion). Also (we can’t believe we are saying this), the regular plot twist in each episode gets boring by the 5th, 6th episode. A huge revelation towards the end of the series, or two-three major revelations which are broken down and given to us, should be the way to go, but the plot-twist per episode just becomes irritating by the end. This method of exposition killed its chances of having a 7 out of 10.

There are also many convenient plot devices scattered throughout the series. For example – Segev finding his wife’s photo on a college alumni board, completely by accident. Or Agent Wexler being too slow to kill both Segev and Naomi apparently, especially after showing how fast he killed Tamir. The series just glosses over these parts (and there are quite a few of them), and they are irritating plot holes which can be explained better, if the writers take some time to work on it.

The series tackles a few themes regarding racism, love and freedom – but we were even more impressed by some of the unconventional things that we saw in the series. It varies from a married woman sleeping with another man for her job, who is not slut-shamed to a pregnant woman who smokes a cigarette when the pressure gets to her. These subtle, unconventional representations of women in this web series, who are not put on a pedestal as angels or vilified as messed up women but rather as human beings is a good (and important) step towards how women are represented in media.

Overall, Hit & Run is a good revenge thriller series that hamstrings itself. The twist-per-episode gets old halfway through the series and the length is an issue for sure, but the series makes up for it with its plot, acting, production and music.

Sanaa Lathan does a brilliant job in portraying a journalist who is used to the rough life. Gal Toren’s on-screen interaction with Sanaa and Lior’s characters is perfect and he is one of the few characters who provides us with a laugh. Young Neta Orbach portrays Ella, Segev’s daughter and she does an admirable job as well.

However, as we mentioned earlier, the best two acting performances came from – Moran Rosenblatt and Lior Ashkenazi, especially the latter. Both have enough things to do onscreen that we can just cut out only their on-screen parts and make a mini-TV series – and it will still be interesting.

Music, hand down. The editing by Byron Smith, Dorian Harris and Kyle Loescher deserves important mention and so do Avi Issacharoff, Dawn Prestwich, Lior Raz, Nicole Yorkin, Jessica Brickman and Ali Selim for their role in giving us a brilliant script. But the music of the series was standout – both the OST (Original SoundTrack) as well as other music played within the series. Peter Raeburn does some good work.

The Series directors – Mike Barker, Neasa Hardiman and Rotem Shamir, all provided us with some brilliant moments on screen as well.

First half of The Web Series

Too Many Convenient Plot Devices

Too Many Plot Twists