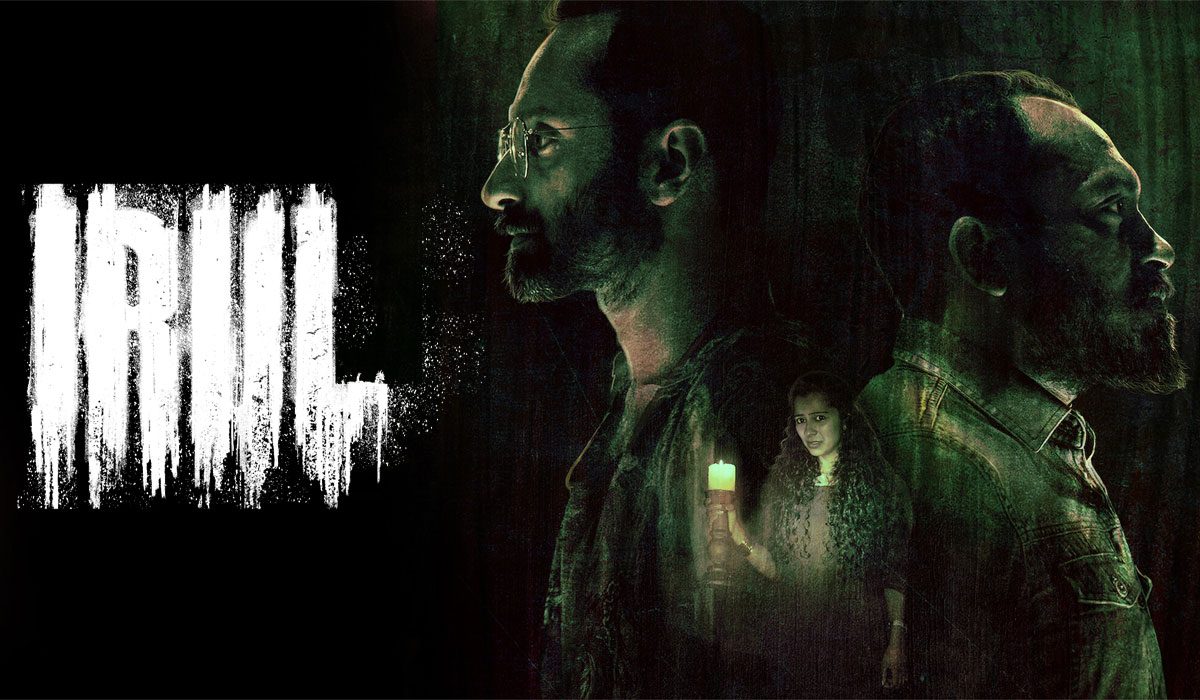 Alex (Soubin Shahir) is a writer having nightmares due to his debut novel’s extensive work. He wants to go out and spend quality time with his newly acquainted girlfriend Archana (Darshana Rajendran), a lawyer. They plan a surprise weekend trip.

Alex and Archana take shelter in a nearby stranded home when, on the way, the car tyre is burst. They meet a stranger Unni (Fahadh Faasil) in the house. What happens inside the large mansion on a stormy night is what the movie is all about? 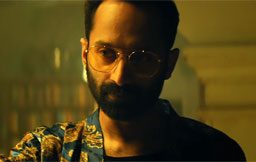 Irul has three principal characters essayed by Soubin Shahir, Fahadh Fassil and Darshana Rajendran. Each one is central to the proceedings and gets ample scope to perform and show their histrionic skills.

The progress of the character arcs of the three actors follows a similar graph. It starts slowly, gradually develops voice, and then explodes towards the end. Soubin Shahir does sound a little way too squeaky at times, highlighting him going overboard.

All the three have done well expressing the fear, anger and raging emotional turmoil. Of course, Faahadh gets a little extra due to the additional layer for his character. It makes him stand out, but others are no less. But, in general, he has done nothing unique or memorable here.

Naseef Yusuf Izuddin directs Irul. It is a thriller based on actual incidents. The story is simple and straightforward. It is the screenplay and writing the holds the key along with the performances to hold the interest.

The beginning of the film is very ordinary. The whole portion until the rainy night car breakdown could have been expanded or narrated in a better way since it can’t be done away with entirely.

The real interest in Irul begins when the couple enters the stranded house on a rainy night. The introduction of Fahadh Faasil sets things in motions. An intriguing half an hour follows, which is punctuated by a twist.

Post the unexpected development, which is good; the narrative enters a muddled zone. It feels rushed, and the characters appear confusing. In the process, the audience is left scratching the heads. The twists via the words seem repetitive and don’t feel right. They are all forced. 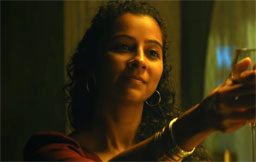 However, for the first time watcher, one is compelled to watch until the end due to the actors involved. They come up with excellent work and make one sit through the entire thing. When one reminiscent of what has happened, the steady free fall of the graph occurs to the mind.

The last half an hour is repetitive, loud, boring and confusing. It leaves a lot unanswered than the opposite. Some of the actions look very irritating. In short, the culmination after an excellent setup and middle is terrible. It brings down with it the entire effort.

Overall, Irul has an intriguing premise and excellent performances, but it fails to provide an engaging and suspenseful tale. The lovers of the thriller genre could give it a try, but be prepared to be disappointed. Maybe it could help to have lower expectations, in hindsight. 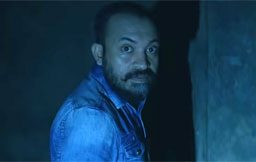 The background score by Sreerag Saji is good. It aids in creating a suspenseful and thriller mood. The cinematography by Jomon T John is excellent. Visually, the movie is enticing despite the whole narrative happening in a single location. The writing is fantastic in parts but is also terrible in places. It lacks consistency, and that’s the biggest issue.