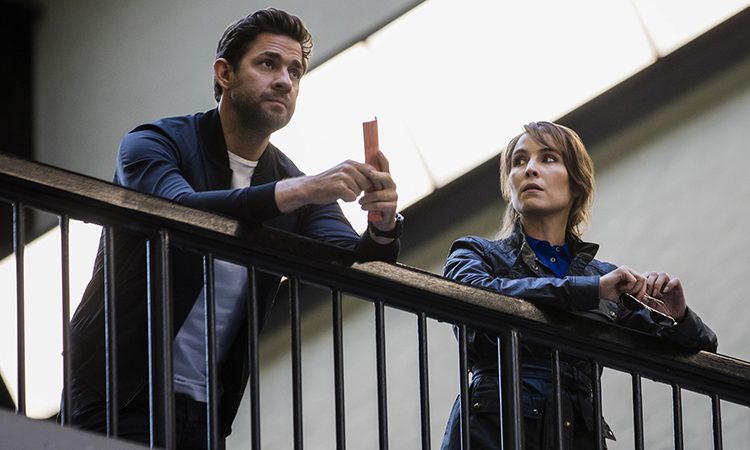 After wrapping up a seriously perilous mission in Syria in season one, the second round of Jack Ryan shifts its focus to Venezuela. James Greer, an official for the CIA, firmly believes that Venezuela has brainchild-ed a nuclear missile and feels the need the unravel the deeper mysteries behind it. His subordinate Ryan too suspects that Russia’s supplying weapons to the Nicolas Reyes-ruled Venezuela. In a bid to clear the air, a bunch of US delegates head to Venezuela. The dictatorial President Nicolas isn’t going to make matters any easy for them. One of their delegates stands murdered under mysterious circumstances and Jack Ryan is no mood to leave the country without finding some much-needed answers. 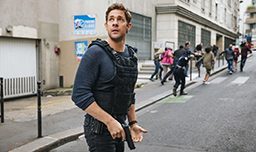 John Krasinski spearheads the series just right. He displays enough acting chops, has the physical agility during the action sequences and maintains enough composure in the need of the hour – which is precisely what the genre demands from a protagonist. Wendell Pierce as Greer has a reassuring screen presence. Though the role doesn’t offer any surprises, he makes the viewer appreciate the very simplicity of it. His portrayal of a do-gooder and a man who could do anything to fulfil his professional responsibility is to-the-point.

Jordi Molla, as the dictator Nicolas Reyes, shows good range with his villainy. The deep dialogue delivery, the precise glances speak of the confidence with which he’s essayed the part. There’s something so pure and sensitive about Cristina Umaña as an actor too. And it’s not surprising that she’s chosen to be in the shoes of the presidential candidate Gloria – making the viewer feel that her character could do no wrong. Tom Wlaschiha, as a contract killer who keeps his sexual identity a secret, may have deserved more screen space though. Noomi Rapace, Michael Kelly, Jovan Adepo and others make an impact while they last.

Jack Ryan, the second season, is a fairly improvised version of its predecessor. The storytelling is gradual but effective. The emotional footing to the series is strong, the right balance of political drama and slick action ensures the viewer, a good instantaneous gratification. The episodes may seem longer beyond necessity and the execution may be exaggerated at many moments. But Jack Ryan (in season 2) despite its semi-realistic exterior, only aims to be a popcorn entertainer. And, the series fulfils its purpose on that count handsomely. 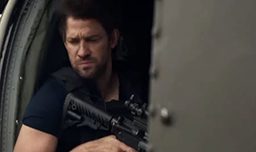 The actioner celebrates a lot of cliches – that a country in crisis needs a know-it-all white-man for a rescue act, that the intentions of the US’ CIA are always noble and that they can always override security protocols prevalent in an alien nation for the larger good of the world. The series tries to piggyback on the nationalism wave in the US, its attempt to interfere in Venezuela’s geopolitical issues without sufficient proof. But, frankly, Jack Ryan’s strength isn’t its factual or political correctness.

The cinematic appeal of it, the old fashioned black-and-white characterisation, the poetic justice to the characters, add so much bite to the narrative. There are no shades of grey – everyone in the series are simply noble or evil-minded. The predictability aside, the narration is simple, and the subplots add up. Minus the real-life references and when probably treated as another piece of fiction, Jack Ryan is successful in building the right mood and impending sense of danger.

The good-versus-evil battle between Nicolas and Gloria, the emotional angle to the latter’s claim for presidency keep you hooked to the proceedings. The staple elements of a potboiler, however, work the most, i.e. the flawless protagonist, the persistently crooked villain, the hero rescuing a beloved one held in captivity and a subtly underplayed romantic track (surprisingly integral to the plot). They bring that clarity and familiarity to the viewing experience, something that modern-day storytelling doesn’t value much.

The action segments are effective, particularly the chase where Ryan and Max go on a building-hopping spree is stuff for the ages and easily among the most superbly choreographed action sequences for a digital outing. The edits are sharp, the lingo of the region seems authentic enough. The (three) directors remind you that one could still pack a lot of engaging elements to reimagine a done-to-death genre. Jack Ryan in season two takes time to grow on you and the ride is more or less worth it. 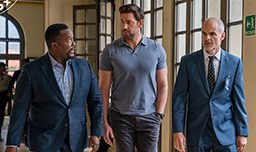 The hallmark of a good background score is that it needn’t necessarily make you feel the music/soundtrack individualistically. Jack Ryan’s score is one such. It’s wavy, trippy and consistent all at once – just like the narration. The cinematography is precise, the simple moments are as visually effective as the dramatic ones. The colour-grading is realistic, the dialogues are powerful and the sharp editorial cuts bring the right pacy quality to the series.