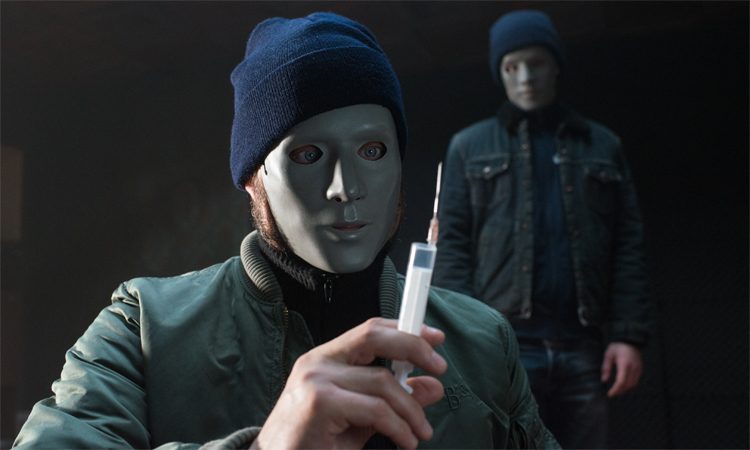 As the title suggests, the movie is all about Kidnapping Stella by two guys. Who are they? And what do they want and how the whole kidnapping ends is what the film is all about? 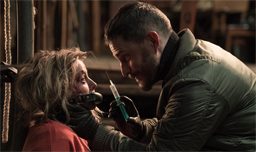 There are only three characters in the movie, and we can’t call one particular name as the lead. Still, we go with Max Von Der Groeben as the lead because he has a slightly more layer to his role.

On the surface, there is nothing much to do for Max Von Der Groeben, but he manages to tap into the tense mood of the narrative with his subtle act and expression. He helps in getting that equation right with the two other characters, which is essential for the proceedings.

It could have been overall much more intense, but that is not the case. The good thing is the other two are also in the same zone, and it doesn’t come across like Max Van Der Groeben is shortchanged or spoiling it for the others.

Thomas Sieben has a very simple and straightforward plot at hand. The screenplay has to terrific to make the viewer stick to the narrative which Thomas Sieben succeeds at, but only partially.

The start of the movie until the titles are neat, with a piece of ominous music and happening showcasing a different angle of the kidnapping. It is the various ‘things’ used to carry out kidnap and to keep hostage safely. The build-up nice and creates an eerie effect undoubtedly.

There are no real struggles, and the kidnap happens as planned, and so is the setting up of the captured in a location. Most of the film occurs in this single location, which is an apartment that is modified by the kidnappers, and we are into that space within five minutes itself.

And yet, as a viewer, we are engaged in the proceedings because we want to know what happens next, and how will the director sustain our interest for the next fifteen minutes. It runs in the background of our mind as the screenplay unravels.

As it turns out, there is a small backstory between a couple of characters. It is the initial hook that takes us by surprise. How this leads to a change in inter-personal dynamics is the second crucial deal. Both are executed well. The pace is sluggish to expand these sub-plot details.

While there is a couple of unexpected twists, the emotional connection is missing to have an impact. They lack any profoundness due to specific actions done before and after its revelation. It makes one think if these ‘twists’ are there just for story sake and lack any emotional underpinning.

Once everything is out in the open, the only interest remaining is to see how it ends. Kidnapping Stella takes a predictable turn on that score. The climax is functionary with no real disturbances. Everything is on expected lines.

Overall, Kidnapping Stella is a decent movie for the digital medium. It can be watched by skipping the boring portion, which would bring the runtime for less than one hour. A few twists in between will make that duration passable. In case, you do plan to watch it, avoid the English dubbed version and stick to the original with subtitles.

On a side note, given how frequently movies of these type (good concept, a few gripping parts, and decent followthrough) are popping up on digital platforms, one wonders if these films are coming into existence because there is a place to arrive?

Jella Hasse and Clemens Schicks are the other two actors apart from Max Von Der Groeben. Every individual has a well-defined part, albeit with only minor details and they have to do most of the performance based on the reactions to the situations as they happen.

Jella Hasse comes across as amateurish in few moments where spontaneity was of the highest order. Maybe it would be too harsh to say that, but it is sure a hell of lot awkward, which is not to be confused with what the situation demands. Barring those few moments which can be felt while watching, she is alright.

Clemens Schicks seems to have the most consistent character, and his part is the reason for all the flow of action. He is the one driving the narrative forward, while the other two give its some twists. Clemens is solid looking on the surface but lacks the fearsome depth when required. He is alright, though. 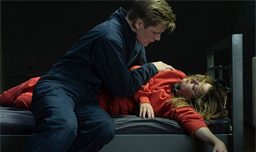 The music by Michael Kamm appears in parts and helps in heightening the mood with an eerie feeling throughout. The cinematography by Sten Mende could have been way better. It lacks the slick look which would have made the proceedings much more dramatic and tense. Robert Rzesacz is okay. The tense moment is well maintained for the most part. The writing by J Blakeson and Thomas Sieben seems adequate for the premise of the original version. The English dubbing is terrible.