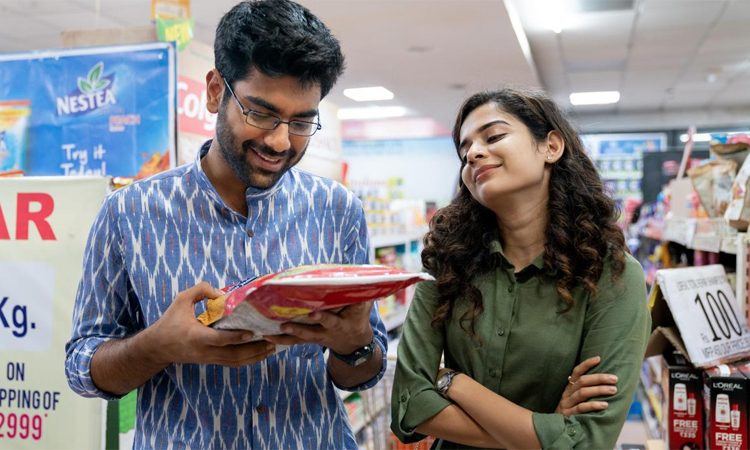 BOTTOM LINE:Breezy Take on Complexities of a Modern-Day Relationship

Little Things in its third season continues its quest to address the complexities of modern-day relationships without getting redundant or preachy. The journey of Dhruv and Kavya in Mumbai gets a new twist or rather a test about enduring the edginess of a long-distance relationship. The former is offered an opportunity to be a research assistant at the country’s topmost institute for statistical research in Bengaluru for a six-month period, which he takes up with great reluctance. Both their lives refuse to be the same henceforth. The two have more conflicts and begin to find happiness without being together all the while. They look back at the need to stay in touch with their parents and revive bonds. Just when you think their relationship is taking a turn for the worse, the couple displays a surprising resilience to get their act right. 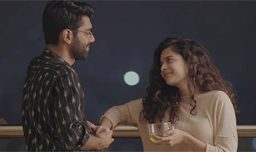 Dhruv Sehgal and Mithila Parkar are so comfortable in their roles. It feels like you’re watching a neighbourhood couple getting past their highs and lows with a camera accidentally placed in front of them. Dhruv, however, gets the better share of the pie with an identifiable, flawed part, making the viewer empathise with him regardless of all his eccentricities. There’s something so ordinary, dark, flawed and also charming about him. The multidimensional role gets its due with Dhruv’s credible performance. Mithila is no less – she is easy on the eye, has vivacious screen presence and there’s an unmissable glitter in her eyes that radiates her part.

The actors who play the parents to the protagonists, however, spring up a surprise. The series explores the mundaneness and the relative hopelessness of retired life, about parents staying away from children, getting old and weaker by the day. Naturally, these well-fleshed out roles bring out the best in them. The supporting actors – including those who essay the roles of Kavya’s colleagues, the maid, the coconut-wala among many, make an impression.

Just when you wondered if the makers of Little Things would run out of steam for an equally effective third season, this outing is a pleasant surprise, without any hullaballoo about the release or its supposedly power-packed content. Even in terms of depth, this is probably the best the makers of Little Things have got to offer in a season. The horizons of the content have certainly expanded. There are those trademark silly-yet-humourous conversations between the leads that (you expect to) warm you up, but the content pushes the bar while discussing career, parenting, the hotheadedness of a woke generation and the importance of personal space too.

From the nervousness of a live-in couple going separate ways in quest for a better career to the focus on the concerns of their parents (who aren’t getting any younger by the day) and battling their inner demons in a shaky phase of the relationship, the series, despite discussing the darkest of issues, feels so lightweight, contemporary and breezy. Ruchir Arun, the director, is extremely successful in sustaining the easy-yet-deep tone of the series. The writer (the lead actor Dhruv himself) gives the best possible arcs for the characters to unleash their dark, flawed side without sounding apologetic about it.

The subthreads wrapped in little conversations are poignant – say, the small town calm versus the breathless pace of a metropolis, the conflicting ideologies of a Delhite and a Mumbaikar, the discussion of Bengaluru offering nothing beyond its great weather, the enviousness experienced by someone when a schooltime bestie becomes an achiever overnight (while the other’s career is just biting the dust). There are so many aspects in the series that goes beyond ‘the’ relationship and warrant your attention – it’s easily the biggest victory of this season.

However, it’s the flashback portions of the protagonists and their past relationships that stick out like a sore thumb. It disturbs the seamlessness of the narrative to a great extent. Apart from it, the world of the topmost researching institute appears more make-believe than realistic and lacks nuance. More insight into their mathematical research, the vibe of the institute would have added authenticity to the execution. Of course, this isn’t a series where you come out seeking an earth-shattering story. The relatable situations in it are its USP. This isn’t merely a romance – it’s about a couple’s commitment to stick through their thick and thin regardless of the storms they encounter. Little Things in its third round gets its act right. 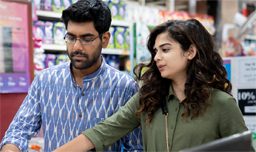 The music score unabashedly Western in its appeal – there’s this delectable mix of jazz and blues numbers that zip through the narrative quite easily. The series is incomplete without its conversations, the dialogues enjoy a great flavour. Particularly, the lines of a temple priest mirror the irony of a modern-day devotee, who doubts the very existence of God and yet queues up for free food at the temple. The cinematography, though basic, is largely effective for the aims of the series. The editing deserved more sharpness, especially in sequences that try too hard to explore the rift between the lead protagonists.