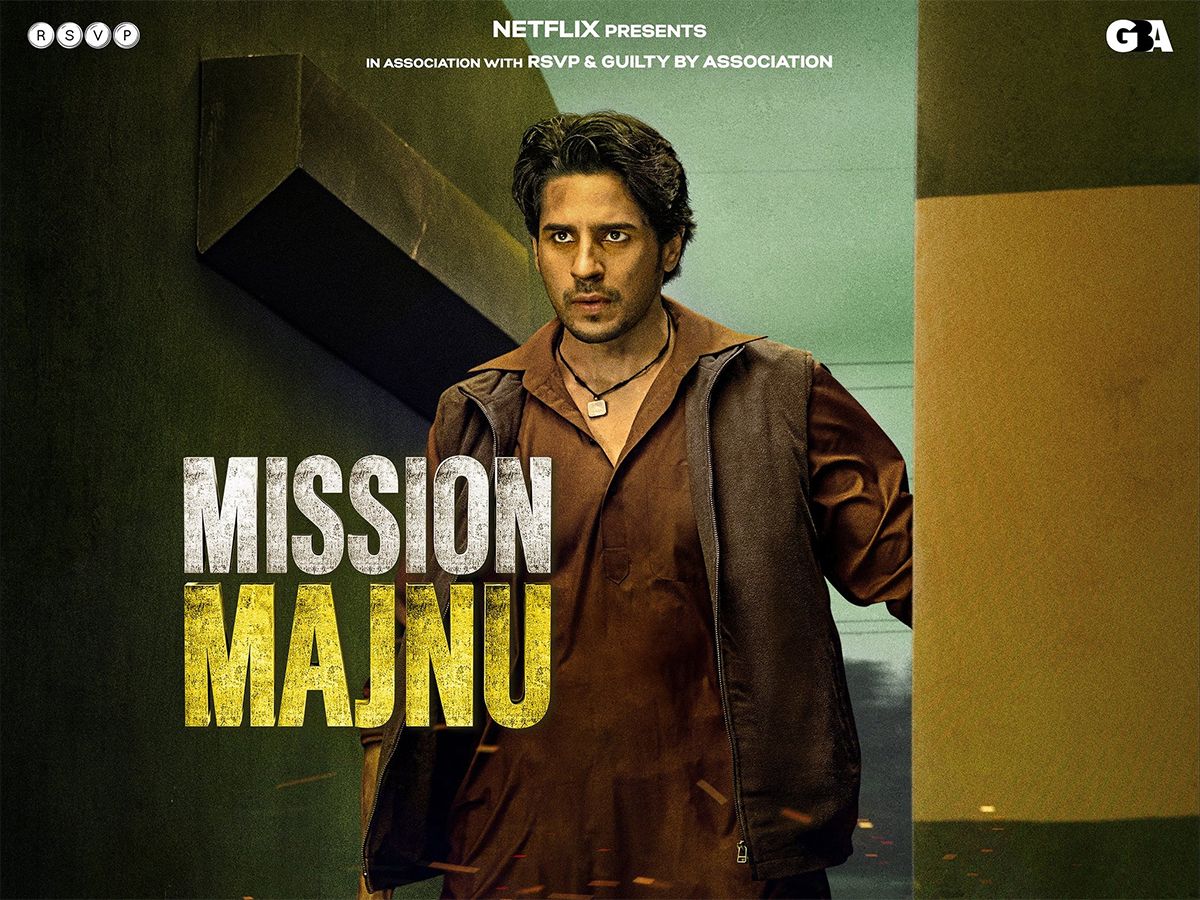 What Is The Story About?

Netflix original film ‘Mission Majnu‘is set in the backdrop of 1970s India and Pakistan, in the wake of India’s Pokhran Nuclear test. The story centres on an Indian secret agent Amandeep Singh (Sidharth Malhotra), living undercover in Rawalpindi, Pakistan as Tariq. He’s tasked with exposing Pakistan’s covert nuclear program, and thus its hypocrisy, to the world. Will he and his fellow Indian agents be able to step up to the plate?

Mission Majnu is written by Parveez Sheikh, Aseem Arora and Sumit Batheja, and directed by Shantanu Bagchi. It is produced by Garima Mehta, Amar Butala and Ronnie Screwvala’s RSVP Movies.

Sidharth Malhotra is superb as the Indian spy leading a double life in Pakistan. His comic timing and delivery of dialogue are impeccable. He’s earnest and persuasive in the serious bits, while he’s a treat to watch in the action scenes. Rashmika Mandanna looks ethereal in her role as Tariq’s Pakistani wife, Nasreen. Her performance, though, lacks spunk.

Kumud Mishra and Sharib Hashmi, as the Maulvi and Aslam respectively, lend terrific support to the narrative. They make the film an entertaining watch. Parmeet Sethi is good too as Raw Chief Kao. Zakir Hussain is efficient as always in his role as Tariq’s handler in the Indian intelligence agency. The rest of the cast lends adequate support.

Mission Majnu is a film that is all heart, with its heart in the right place. It is also well-balanced in its treatment – it does not resort to jingoistic chest-beating in the name of patriotism, but shows things in a matter-of-fact way that is engaging and entertaining at the same time. The pacing is perfect, with the story moving at a fast clip, and nary a boring moment in the script. The action sequences are fun to watch, the humour too is on point.

Yet, for all the things that work for Mission Majnu, there are scores of factors that work against it too. The most glaring part of the film is its extremely weak screenplay. Touted to be based on true events, Mission Majnu features several sequences that beg major suspension of disbelief on the part of the viewer. We won’t mention which ones, for fear of giving away spoilers.

Also, the plot is far too simplistic to make any lasting impact on the viewer. Things fall into place all too easily for our protagonist, making the whole mission seem frivolous and juvenile. People willingly give away crucial information with disbelieving ease; infiltration into high security areas is a breeze for Tariq and his comrades; and even seemingly intelligent people are fooled all too easily with glib talk.

Lastly, there’s not a single wow moment in Mission Majnu that makes us go ‘whoa’. The plot lacks a certain edge-of-the-seat thrill and spark – things that make films extraordinary, and etch them into our memories. Mission Majnu could take a leaf out of the recent ‘Raazi’ to understand what makes a spy thriller truly memorable.

To sum it up, ‘Mission Majnu’ is an overall entertaining film that is let down by a weak script. It’s an average one-time watch, and a not-so-worthy addition to the spy thriller genre.

Music And Other Departments?

The music of Mission Majnu, by Ketan Sodha, is average. The Maati song is listenable, but not so memorable. Nitin Baid and Siddharth S. Pande’s editing is efficient. Bijitesh De’s cinematography is good.

I found it Average

Do I recommend it?

As a one-time watch, with reservations