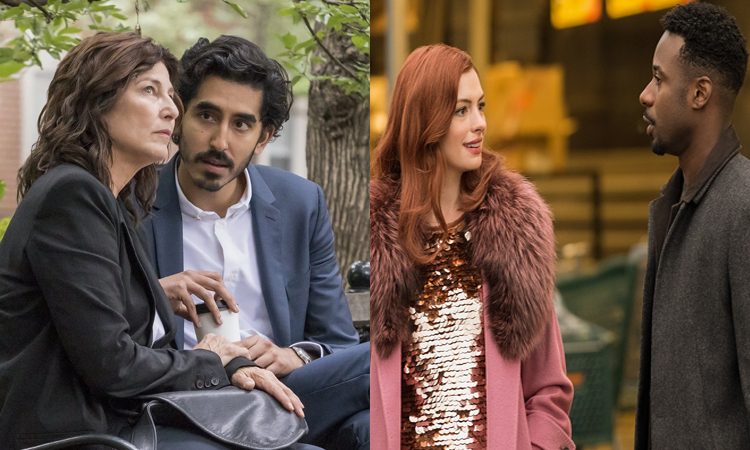 Modern Love, as the title suggests, is all about love, and in different forms. They all happen within New York City. 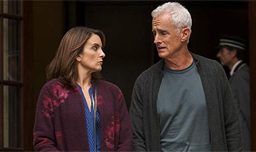 Many famous names are part of the anthology series made on the common ground of love. Anna Hathaway, Dev Patel, Tina Fey, John Slattery, Andrew Scott and Sofia Boutella are a few among the many known faces in the series.

Andrew Scott gets the best-written role among all, and he owns the part. It is instantly relatable and ends up memorable due to his act. The frustration and joy that comes as part of the character make it a winner. There is nothing new, but he makes everything a joy to watch. It also helps that there is an excellent cast besides him in the form of Olivia Cooke and Brandon Kyle Goodman. Olivia and Scott’s conversation makes it a winner.

Anna Hathaway gets a slightly weary part, but she pulls it off with ease. It is a bit shallow concerning the character details and only the focus in on mood swing, which doesn’t help in creating a significantly bigger impact. Still, the message of “talking/sharing” is passed that is so essential in such cases.

Dev Patel is a true-blue romance delight. He nails all the aspect of a charming hero. However, there is nothing more to it. The chemistry with Caitlin MacGee is an on-screen delight. The same can be felt between Jane Alexander, and James Saito, but in older age. They make incredibly routine also seem like a passable watch.

Laurentiu Possa and Cristin Milioti get the perfect emotion at the end of their segment. The tiny glint in the eyes from the respective actors makes it worth at the end. Tina Fey and John Slattery show why the experience counts. Sofia Boutella and John Gallagher Jr strike the right awkward chemistry, but the writing lets them down. Julia Garner and Shea Whigham act superbly, but they happen to part of a very dull narrative.

Four people are credited with the direction of the series, John Carney, Tom Hall, Sharon Horgan, and Emmy Rossum. They also double up as the writers for their short features. Among them, John Carney has directed four out of eight episodes.

Among the eight, the four episodes directed by John Carney are easily among the better ones. Sharon Horgan’s, Rallying To keep the Game Alive follows them. Tom Hall’s two efforts are middling and meandering whereas Emmy Rossum’s – “So he looked like dad” is the weakest.

Within the predictable outings, the one’s with better actors and writing manage to stand out. The four shorts mentioned at the start directed by John Carney happen to be those. Among them, “Hers was a World of One” is easily the best. The writing, acting, melancholy feeling and joy it brings gives it an edge. “Take Me As I Am, Whoever I Am” has a topical issue that is handled in a musical format. When seen in flow it appears jarring initially, but eventually settles down well. The ending makes “When The Doorman is Your Main Man” worth it. “When Cupid is A Prying Journalist” is a quintessential love story amped up by the chemistry of the leads.

“Rallying To Keep The Game Alive” begins boringly as if the old age couple wants to make us feel their pain. It gets better and ends on a positive note. The age-old core conflict is written and presented freshly in line with the “modernity” of the show. 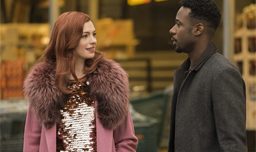 Tom Hall’s “At The Hospital, and Interlude of Clarity” turns as dense and confusing as it’s protagonist after what looked like a simple and straightforward beginning. It still has some interesting observations, but it doesn’t come together in the end. The director’s other short, “The Race Grows Sweeter Near Its Final Lap” is one sweet long end to the whole series.

When seen as a whole, there is a familiar feeling of happy and pleasantness associated with all of them. However, barring a few, none manage to rise above the sheer predictability on offer. Some of them are as bland as it can be.

Overall, give Modern Love a chance, if you are a sucker of the genre with light melodrama. Otherwise, watch a couple and fast-forward the rest. For all the talents associated with the show, Modern Love feels an underwhelming watch.

The music in each short segment is pleasant and in tune with the content by Gary Clark. Excellent choices of songs are made, without any doubt. The cinematography Yaron Orbach is consistently good, and so is the editing by Ken Eluto, Andrew Marcus, and Julian Ulrichs, which is smooth. The writing is where the inconsistency lies, resulting in flat and bland stretches.