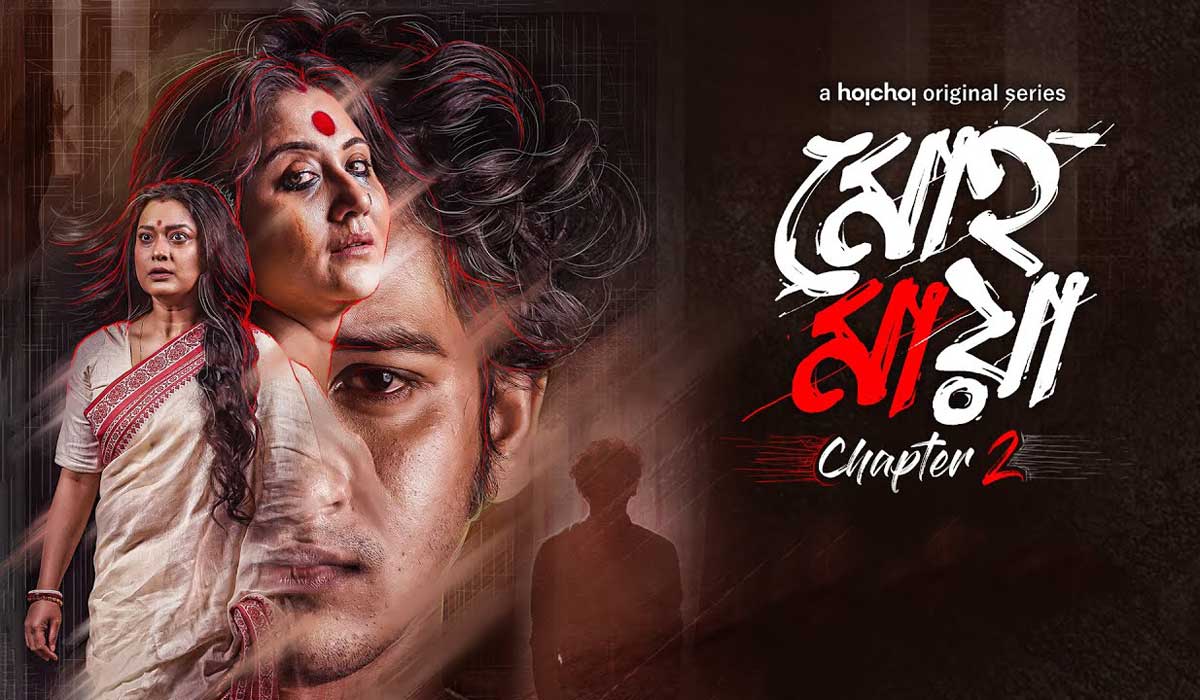 Rishi, the paying guest, having won Aruna’s trust, is a strong influence in the household despite Suranjan remaining wary about his moves. Baishali and Suranjan make many failed attempts to discover Rishi’s past. Tensions prevail in the house with the entry of Suranjan’s elder son Miki, who is expecting a child with his girlfriend Trisha. Miki too remains suspicious of Rishi’s growing interference in their lives. A sudden death in this household creates panic and ultimately causes a rift between Suranjan and Aruna. What’s the price that Aruna has to pay for trusting Rishi?

No surprises with the performances there – Swastika Mukherjee is the show-stealer in an extremely fine performance in the role of an over-possessive yet naïve mother. There’s not much Ananya Chatterjee can do to salvage her overly dramatic and forgettable character with a supernatural twist.Bipul Patra gets more screen space than any other leading actor in the show but a largely uni-dimensional performance doesn’t help his case.
Sujan Mukherjee is in fine form while cast as the suspicious father in a middle-class household who doesn’t trust anything by face value. Suhotra Mukhopadhyay and Deerghoi Paul are passable in brief roles. Ankit Majumdar, the child actor, much like the first season, yet again asserts his worth as he plays the younger version of a psychopath on a murderous spree.

As if the first season of Mohomaya didn’t inflict enough pain in our lives, the second and hopefully the final instalment of the show is here to haunt us again. This season neither does anything significant to further the story nor cares to tell anything that we didn’t know from the first part. The story continues to glorify its creepy, problematic protagonist in elaborate detail, trying to justify his actions by harking back to his abnormal childhood. The episodes are unnecessarily lengthy, lack logic and keep suggesting the same point time and again. The narrative is so redundant that the entire season could’ve been squeezed into a single episode.

The first season already did enough to explore the notorious side of a psychopath like Rishi but the filmmaker extends the character’s flashback portions here without any reason. Even if you rack your brains, it’s hard to make any sense of the endless conversations between him and his dead mother (that occupy a lion’s share of the screen-time). The narrative is downright predictable and never goes beyond its one-liner premise. Rishi sees his mother in the form of Aruna, is obsessively in love with her and goes to any lengths to protect her.

Aruna’s unflinching trust in Rishi is barely understandable, especially when she places him above her kin and kith. He makes floral designs on her feet using blood (she mistakes it to be red paint) while his persistently creepy glances leave you repulsed. It’s as if cops don’t exist in this universe at all. Despite a flurry of crimes within a household/family, there’s no attempt to investigate anything. The consistent focus on a single character makes the narration very monotonous and the storyteller is only milking the shock value of the crimes. If sanity is what you seek, stay many miles away from Mohomaya.

Amit-Ishan’s melodious numbers in the show are the only solace for the viewer amidst the dark, creepy backdrop, though the composers fail to recreate their magic with the (redundant) background score. Tuban’s cinematography is repetitive and he struggles to bring in enough variety and range to his visuals while being restricted to a few backdrops. The show could’ve benefited much with a shorter duration and a more imaginative screenplay. Sahana Dutta’s story may have been unique but it needed a storyteller with better filmmaking sensibilities. The cliffhanger ending gives an interesting twist to the show though it comes a little too late to undo the damage that’s done already.