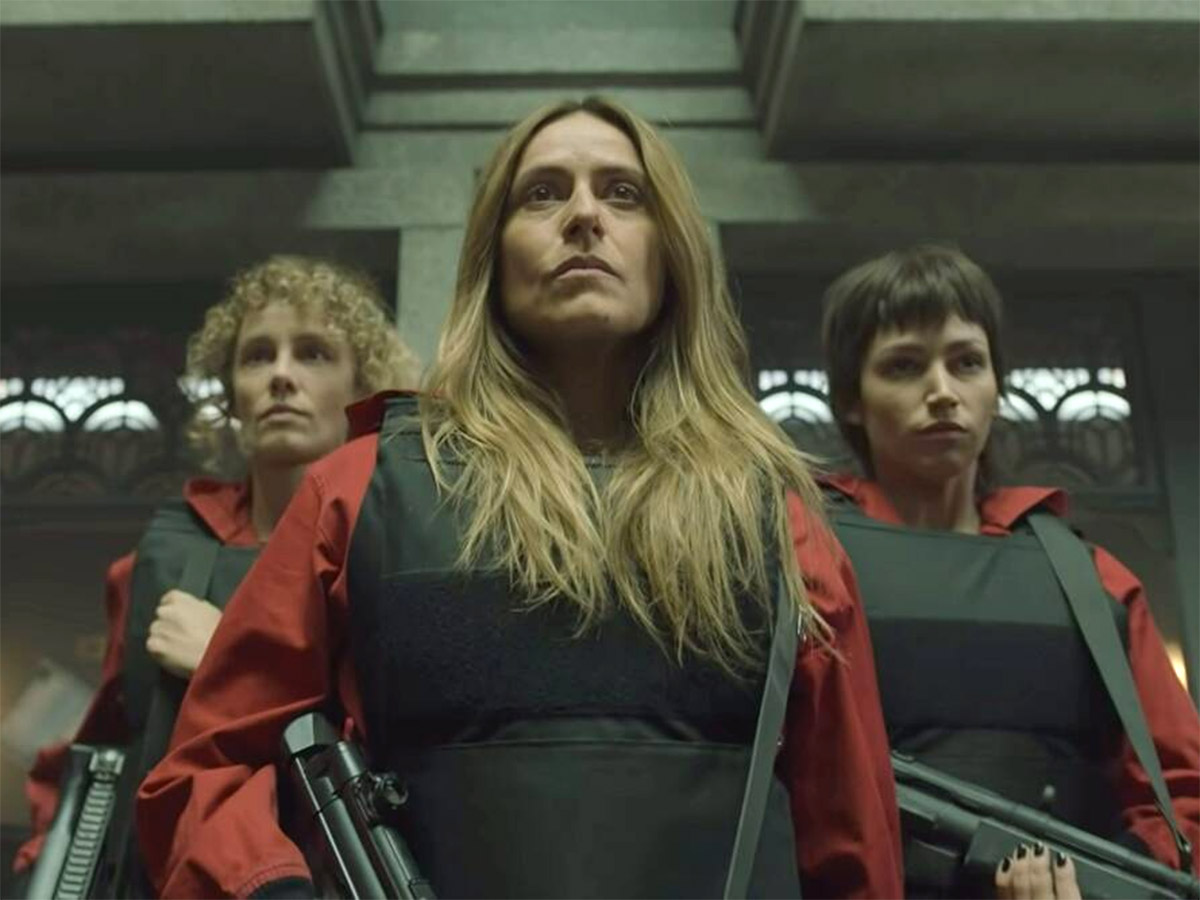 Skin N Swear: Lots of blood and swearing. Some skin.

At the end of season 4, Lisbon has successfully escaped and enters the Bank of Spain to regroup with the gang. However, the disgraced Inspector Alicia Sierra finds out The Professor’s base of operations and catches him. How is he going to escape? Is this checkmate on the whole heist? 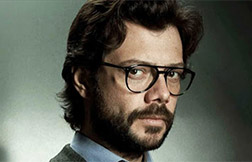 At this point, Alvaro Morte,, Jaime Lorente, Enrique Arce and the rest know their characters inside and out and continue to give us nuanced performances in these final episodes. While Najwa Nimri’s portrayal of Alicia Sierra deserves a special mention – a lot of new nuanced characters have been added to this season and their actors portray them well.

But our female lead, Úrsula Corberó is the standout in this first part of season 5 – not because of her story arc, but for her ability to give us a very layered performance – which many critics have previously stated that it is something she cannot do. Well, she does prove them wrong in these 5 episodes. 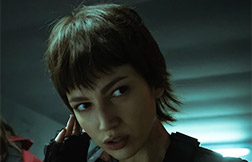 Many believe that the third, fourth and fifth seasons of ‘Money Heist’ were created for its premise, popular characters and memorable dialogue – and Netflix is riding on its popularity by just making an even bigger heist with the original cast and crew from the series(which might even be true). However, there are a few moments in each season which prove that Netflix managed to create something worth watching – and the entire fifth season is filled with these moments. And one of the main driving forces of these moments is Tokyo’s story arc.

Many may have already forgotten how we actually meet Tokyo in ‘Money Heist’. Tokyo had a life before meeting the professor, if you remember. She used to rob stores with her lover before he was gunned down before her eyes. So we look into her past, a time before she met Rio. And this is where we see Úrsula’s nuanced performance. While Tokyo may be our volatile protagonist, loyal comrade and an unreliable narrator – Úrsula is a good actress who manages to find a balance in portraying all three aspects of the character, while playing a less volatile, more cheerful version of herself in a few flashbacks. She is one of the reasons why this half of the season is so good. That, as well as her character arc.

There are still some things that are unique to ‘Money Heist’ which appear in the first half of this season. We will mention the ones which are not that great – we are dropped right into the middle of unnecessary drama. The one thing we missed from the first and second season was the sensibility to not have a ridiculous amount of drama. Nobody trusts anybody for the first ten minutes at the start of this season for some reason, before they go back to trusting each other again. While we do love football based metaphors and puns (‘Money Heist’ has been doing it better than usual and any other series) – this time, it just fell flat. The football based philosophy felt flat this time around and Arturo’s character practically butchered. Then again, Arturo messes up everything he touches, so that might even be in line with his character.

Now for the repetitions we can get behind. Arturo’s character arc is short, but it is exactly what you would expect from a character such as him. The flashback sequences are still good and seeing Berlin and Nairobi again are a treat. Also, the addition of the two new main characters – Rafael and Rene adds depth to the story.

The direction is still brilliant, music and cinematography deserves a separate special mention – then again, music is one of the biggest parts of ‘Money Heist’. Surprisingly, we don’t hear “Bella Ciao” throughout these five episodes – a disappointment. But we figure the show is gearing up for something dramatic to finally play our favorite Revolution song.

Still ‘Money Heist’ is not “MONEY HEIST” without the ridiculous amount of action, thrills, and cliffhangers. And we get all three in regular intervals throughout the five episodes. This first part has already cranked up our expectations for the second half to an unreasonable level – which we believe the show runners can deliver.

Overall, the first part of the fifth season of ‘Money Heist’ has higher stakes and even bigger thrills than previous seasons, while still giving us some nuanced performances from the main cast. Cliffhangers are the name of the game – and this half of the season ends on one of the biggest cliffhangers of the series. 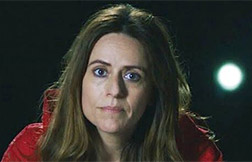 Alba Flores returns for a much needed cameo performance to give the rest of us the closure we needed. Pedro Alonso, Luka Peros, Diana Gomez and the newcomer Patrick Criado have a side story of their own – which gives new depth to all four characters that they portray. Miguel Ángel Silvestre’s addition to the cast is a bittersweet one – he is brilliant in the few scenes he shows up, but we know that we will not be getting much more from him in the second half of the fifth season.

‘Money Heist’ still has one heck of a music and cinematography department. While the director and show runners need a special mention as well – the script writer is the true hero here. They have given us an exceptional story in this final arc of the heist and we can’t wait for the second half of the season to drop.

Contrived Drama From The Get Go