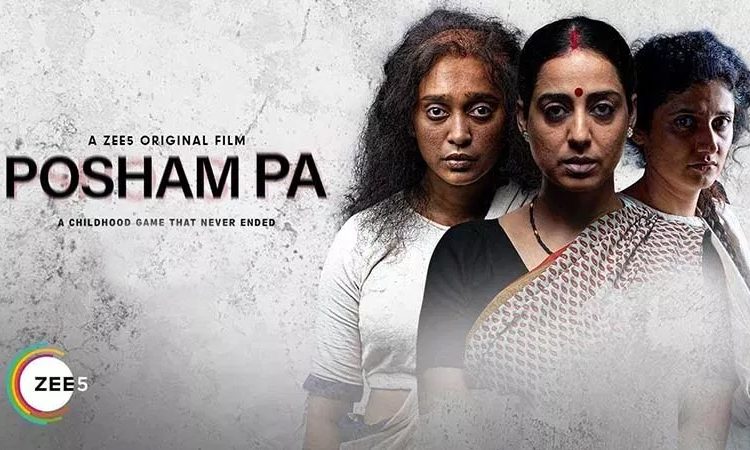 Nikhat and Gundeep are documentarians who are researching the life of Regha Sathe (Sayani Gupta) and Shikha Deshpande (Ragini Khanna). These two girls are facing life imprisonment for heinous acts of murdering innocent kids. What do Nikhat and Gundeep discover about criminals life? And how it ends is what the movie is all about?

It is partially based on real-life incidents. The real convicts were given the death sentence, which was carried out. They were often noted as India’s first women pair of serial killers. 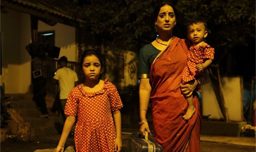 Mahie Gill, playing the mentally disturbed traumatised mother of two children, is decent. She does her part well as an actor. But, it lacks the depth and layers needed to understand the character entirely. It is a fault on the writing side more than acting.

It could have been a spine-chilling, memorable act. But what we get is visuals that are repelling and disturbing, instead of the act that does the same. Our reaction is more towards the ghastly acts and nature of the person. It is not borne out of the performance.

National Award winner Suman Mukhopadhyay has directed Posham Pa. Here, the focus is more on the psychological aspects of the serial killers. What made them do the things they did is what the director delves on.

Posham Pa is less than one and half hour in length, and yet one gets watching a lengthy movie feeling. It is because of the slow-paced narrative filled with repetitive motifs and pauses. The crimes shown are gruesome and unbearable at times. They all come to make the proceedings heavy and intense.

The problem here is the screenplay. It is simultaneously simplified and complicated. The latter is felt due to the editing, which goes back and forth. The former is due to the actual content in the scene.

Right from the start, we are shown a mentally traumatised woman torturing the girls. We don’t know the back story or why she is behaving that way. Only in one instance, we get an idea that she may have a psychological problem of her, which makes her make those decisions. It is the party scenes where we are shown Prajakta Deshpande (Mahie Gill) stealing items in a party. It is the only character development we get.

The rest of the film is only about graphical and shocking violence, one after the other. The only aim here to build it towards a climax that has a twist. One can guess it is coming from a mile, but the performance of the sisters makes up for it.

Still, despite lack of depth, the serial killer sisters act make things look decent. The other track involving the documentarians is terrible on the acting and execution level. The change of hearts and the subsequent twist at the end are both brought out poorly.

Overall, even at one hundred and sixteen minutes, Posham Pa feels lengthy and tiresome. The idea of psychoanalysis of serial killers and the situations which made them the monsters they are is nice. But lack of depth in writing and character development hurts the engagement. The narrative is too lean and lacks bite. Give it a try because of its short length. 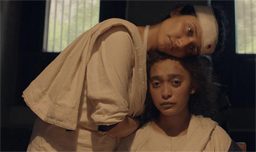 There are only five main characters in the movie, one of whom is Mahie Gill. The other four belongs to two sets of pairs. One is the serial killer sisters, and the others are documentarians.

Sayani Gupta and Ragini Khanna have come up with neat acts. There are brilliant standalone moments which hit the perfect notes. The makeup work done for the former is excellent. It gives her act an edge. Ragini Khanna is more settled and gets better towards the end.

On the other hand, Shivani Raghuvanshi and Imaad Shah are a disappointment. Not only are their characters poorly etched, but even their performances are bad. The purpose of the examining of the criminals and change in mindset is not at all conveyed. Merely words are spoken, but they mean nothing. The nature versus nurture impact and understanding that is brought looks empty and void of any emotional resonance.

Prabuddha Banarjee has provided the music and background score. It is okay. At times, it gives an eerie feel, but that’s it. The cinematography by Ravi Kiran Ayygari gives Posham Pa, a TV movie feel. The editing by Tinni Mitra is borderline messy. If the viewer lacks patience, he could be lost in the narrative and lose interest to watch entirely. The writing is superficial.

Yes, but with huge reservations
Review by Siddartha Toleti