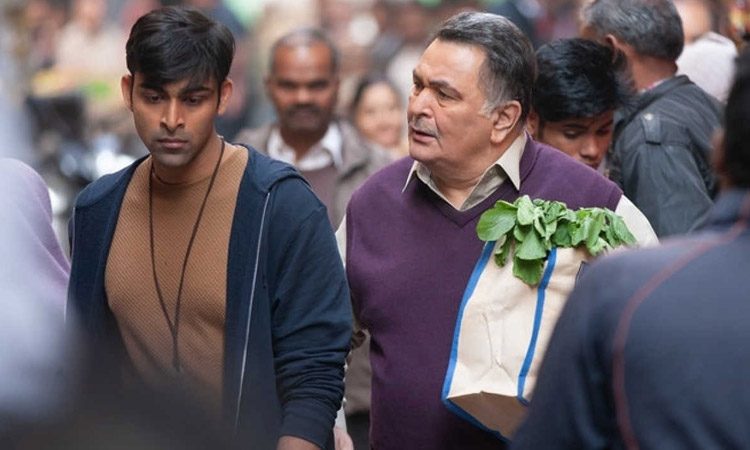 A technologically-handicapped father Raj Mathur takes the digital route to revive his equation with his son Kabir. Life hasn’t been easy for the father-son duo after the death of Raj Mathur’s wife. The sudden shift in residence from New Delhi to ‘Purani Dilli’ only worsens the conflict between the two. In a unique premise, the father, with the help of his friends and relatives, creates an anonymous social media account in the garb of a girl named Tara and befriends his son to relate to his concerns better. However, trouble strikes the household of the Mathurs when Kabir accidentally meets Tara, the true face of his father’s social media profile. What havoc is this bound to cause to the family? 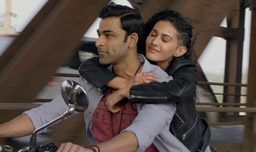 Rishi Kapoor, the actor is only getting better with time, like the taste of wine. Playing an old-world father who is trying every trick in the book to resurrect his relationship with his son, Kapoor brings the right balance of exaggeration and subtlety to the role. His comic timing is, of course, cheeky. Anegan actress Amyra Dastur finds her feet as a performer here and emerges the surprise find of the film. She appears quite camera-friendly in the shoes of a hair stylist. Without a doubt, this is her best performance to date, so is her earnest actor counterpart Anirudh Tanwar, making an assured feature-film debut.

Leena Yadav does have an interesting story to tell through Rajma Chawal, thanks to Vivek Anchalia’s rooted story that captures the conflict between old world charm and modernity deftly. The storytelling isn’t as seamless though. The film, despite lasting lesser than two hours, takes too long to explore the reason behind the cold equation between the father and the son.

The idea of a city-bred guy trying to understand his roots and rediscovering his identity through music sounds an interesting one on paper. The execution, here, lacks the focus. The filmmaker, who’d directed the critically acclaimed Parched in the past, packs in too many a backstory in this ambiguous narrative. 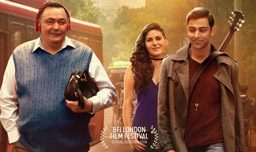 At first, it appears a father-son story, then changes its tone to the coming of age story of the son, while moving onto be a confusion-comedy later. While the attempt is definitely an innovative one, the cohesion had to be smarter. Rajma Chawal is extremely enjoyable when it takes the comedy route and drives home the soul of a city like Delhi. The director just doesn’t have the magic in the screenplay to make Rajma Chawal a compelling experience.

Casting is definitely one of the brighter spots of Rajma Chawal. The actors, including the likes of Aparshakti Khurana, Nirmal Rishi, and Sheeba Chaddha go a long way in completing the several dimensions of Delhi as a city, with their nuanced performances. Their lively improvisation and the ability to turn an ordinary sequence into a magical one, bring flesh into the sometimes-drab narrative.

For a film that has one of its protagonists finding the purpose to his life through music, Rajma Chawal deserved a better musical album. Composer Hitesh Sonik’s effort is only adequate and partly underwhelming too for its inability to establish the soundscape of Delhi in its entirety. Sunidhi Chauhan’s Saath Tere is the pick of the album that has some memorable work by lyricist Irshad Kamil. The dialogue writer Manu Rishi Chadha (who also has a brief cameo in the film) gives Rajma Chawal all its flavour with his witty, spontaneous lines. Cinematographer Donald McAlpine fills the frames with great nostalgia, exploring the hues, conflicts, and madness of a metro in its entirety.

Ambiguous narration
Underwhelming music
Too many sub-plots, lack of focus