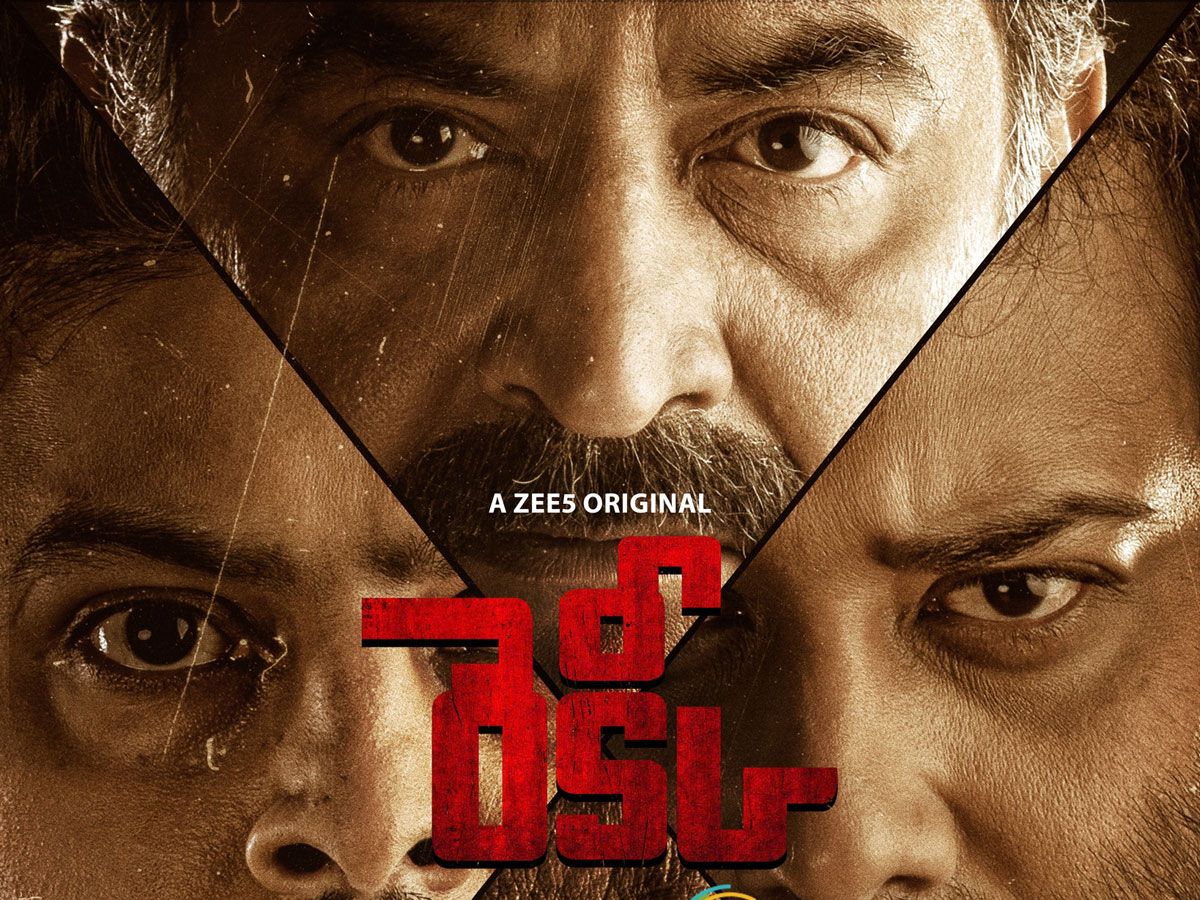 Kullayappa (Thotapalli Madhu) hires the services of professional recce and killer Paradesi (Sammeta Gandhi) to take out Varadarajulu (Aadukalam Naren). Paradesi, in turn, gets three more people and makes the team carry out the hit.

Meanwhile, Lenin (Sriram) is on an investigation for a murder in his locality. How do the two unrelated events connect? Who is behind the Varadarajulu’s murder is Recce’s basic plot.

Sriram gives a sincere performance devoid of the usual heroics or high-pitched drama. It is a calm and subtle act that sometimes makes one wonder if he is the lead. Still, he brings in an element of intrigue with his presence.

Siva Balaji starts on a routine note. It looks like a forgettable part until there is a little twist in the tale. He is alright post the change and manages to convey the emotion. It could have been more impactful, though.

Poluru Krishna directs Recce. It is a period thriller set in the early nineties in Rayalaseema parts. The story is about finding a killer behind a gruesome murder.

The basic idea and the setting are excellent in Recce. The setup is also simple without too much complication. However, it is in the execution that the whole series falters.

Silliness, via the writing and the staging of a scene, crops into the narrative from time to time. It is a significant distraction even when something interesting happens (contentwise). The director gets the blame for the same.

The recce block and the minor twists that keep coming intermittently hold things together. It is despite the weak direction and poor writing. The cast also helps with their presence to negate some of the issues.

Some parts miss the logic, but as most of it is meant for the bigger twist in the tale, one doesn’t mind it. The story is fine, despite predictable elements, and that’s where the biggest USP of the series lies.

The ending keeps in tune with the expectations. There is no real high, but at the same time, it won’t have too much of a disappointment. It is because of the low expectations, to begin with.

Overall, Recce is a passable thriller that has its moments mainly due to the setting and story. However, keep the expectations low.

Casting is another major asset for the series. Many relatively recognisable faces are part of the narrative. Their presence elevates what would otherwise be very ordinary moments. Aadukalam Naren is a fine example in this regard. He makes a simple thing like a walk intriguing as one expects something to happen with him around. It is this factor that works more than their actual performances.

Dhanya Balakrishnan is okay, but eventually, her part and the entire track feel like a needless narrative extension. We get that it is written to give an emotional depth, but nothing of that sort happens.

Rajashree Nair and Saranya Pradeep are okay in their roles. Jiva is his usual self and delivers the required. Sammeta Gandhi gets a good part after a while and does it with extreme earnestness. The rest of the gang members are also okay.

Sriram Maddury’s background score is loud and predictable for the terrain. However, it does the desired and gives the narrative a bombastic feel. Ram K Mahesh’s cinematography could have been better considering the period setting. Kumar. P. Anil’s editing is decent. The writing is below par throughout.