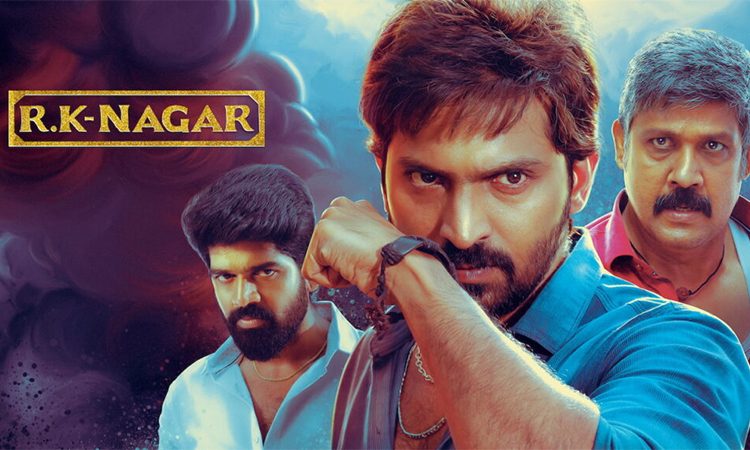 RK Nagar is a crime thriller steeped in a suburb in Chennai revolving around two opposing gangs and their henchmen. While Sundaramurthy is a small-time actor who aspires to be a politician, contesting from the same area, his arch-rival and goon Lottai is a messiah of sorts for another group residing in the same community. Mannu, who works under Sundaramurthy, is waiting for an opportunity to lock horns with Lottai and eliminate him. Meanwhile, Shankar, a seventh-grade-pass out is a tailor who does petty jobs for Lottai. A sudden kidnap of Sundaramurthy’s family member sees all fingers pointed towards Lottai and his men. Shankar, to his shock, finds the kidnapped person dead in his shop. Is he being made a sacrificial goat in a vicious plot?

Vaibhav Reddy’s underdog-like on-screen presence makes his character feel instantly relatable. The director channelises his comic potential well in RK Nagar – though there are too many redundant sequences merely to establish his character, that add no value to the story. Sana Althaf doesn’t have a great role, but her cheeky chemistry with Vaibhav ensures a few funny moments.

Subbu Panchu is a genuine surprise in the film – he gets a meaty supporting role that he relishes to the hilt. Santhana Bharathi, Sampath Raj are introduced with great pomp and they are good while they last – but it’s surprising how the film relegates them to the side-lines beyond a point. Inigo Prabhakaran does a decent job as Mannu and Anjena Kirti is impressive in a brief role. The fact remains that the special appearances of Karunakaran and Premgi Amaren appear forced. 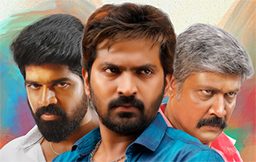 It is extremely clear that the writer-director of the film, Saravana Rajan, has a vivid idea of how politics works at a grass-root level. In RK Nagar, he smartly uses the political rivalry within a popular constituency as a foundation to narrate a decent crime thriller. He is very good in creating a milieu for the story by capturing the lives of its many lower-middle-class residents in a lighter vein. However, the sluggish pace in the first hour where the plot progresses sans any direction undoes all its solid efforts with the crime plot in the second hour. There are pointless songs (an item number), parallel comedy tracks, a loosely weaved romance that keep distracting the filmmaker from his story.

The characterisation of most parts in the film is done well, but the narrative desperately needed a proper structure in the first hour. Once the director establishes the gang rivalry in the constituency, one would have ideally wanted him to go all-out and set the tone for a solid action thriller. Instead, the reasonably well-written comedy sequences and the romantic track work as speed-breakers in an otherwise serious-saga. While one can’t deny that the director has a knack for comedy, he struggles to position them in the narrative and weave it as per the needs of the story. The director makes the compromise very obvious – the ‘hero’ (Shankar played by Vaibhav) needs to get his screen space.

The interval block sets up the film nicely for Shankar to prove his innocence and reveal the truth behind the kidnap plot. Slowly, the dots start connecting and things fall in place for RK Nagar. Though the story would have worked with an element of intensity, the director uses humour to cut down the seriousness – that’s a reason why RK Nagar never feels heavy despite the truckload of issues it wants to address. Though the story consistently keeps hinting the viewer about the identity of the culprits, the director preserves the delicious twist for the final act (which works very well). However, the entire browsing centre-scam angle and the flurry of suicides (though narrated with precision) lend it a dated outlook.

RK Nagar is sometimes self-contradictory. In a film that talks about women safety with such seriousness, the director still has to use an item number glorifying a woman’s physique (probably to make the film saleable?). The action sequences are executed amateurishly bereft of any imagination – it’s the modern-day loo-break equivalent for a digital viewer who can do his/her job, return and still not miss much in the film. The romantic track could have been used in the plot with more intelligence. Some of the references to recent actor-turned-politicians, blue whale challenge are timely, though it needed more weight. RK Nagar in the hands of a clear-headed filmmaker would have been a proper kickass entertainer. 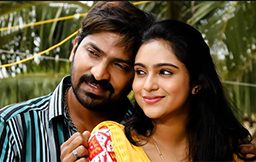 Though the background score of the film keeps its momentum afloat, the songs are a disgrace to the senses. Not only is their timing extremely jarring, none of the songs is catchy or enhances the impact of a situation. The makers merely didn’t want to take the risk of doing a songless film. There’s a middle-class-ness and rusticity to the visuals that the cinematographer S Venkatesh intentionally maintains – the man finds many ways to familiarise viewers with the backdrop through the film and it works to his advantage. The dialogues remain witty, though the writing needed streamlining. 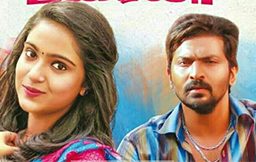 The director’s knack for humour

Only to those who can tolerate the sluggish start