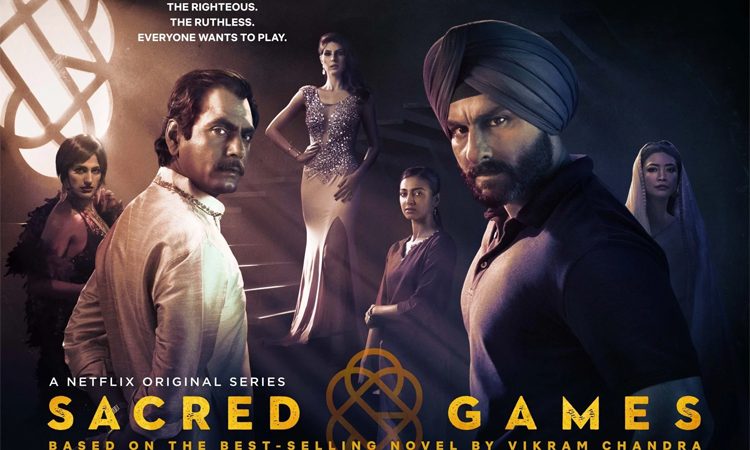 BOTTOM LINE: A Boring Add-On to a Promising Series

Sacred Games 2’s story takes off from the situation where constable Sartaj Singh discovers a potential nuclear threat in the country. The impact is expected to be eight times as deadly as of the Hiroshima Nagasaki incident. The crucial links that could prevent the mishap are Sartaj’s earlier conversations with Gaitonde, a spiritual guru, an underworld don Shahid Khan besides the State’s Home Minister Bhosle. Meanwhile, Sartaj seeks answers to mysteries in his personal life as well – the strained equation with his father and an attempt to reconcile differences with his ex-wife. Other questions are waiting to be answered too. Why does Gaitonde kill himself? Who is this spiritual guru? Will Sartaj be successful in his pursuit? 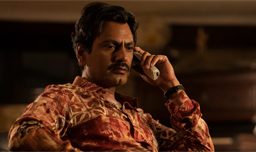 With the performances, most of the actors seem comfortable in the skin of their roles. Saif Ali Khan has always been a natural while portraying composed, understated characters and his histrionics go a long way in adding depth to his act this time as well. One gets to see a softer side of Nawazuddin Siddiqui’s abilities in the series. Though he keeps uttering cuss words now and then, you get to know the character’s vulnerabilities and weaknesses profoundly through his performance. Wish he got to speak lesser lines because it becomes tiring to handle his monologues that mean nothing but sound so sophisticated when he delivers them.

Sacred Games, the first season, ended on a cliff-hanger that had set the foundation superbly for its second season. In its current shape though, Sacred Games 2 can be termed a disappointment. The series doesn’t break any new ground, merely extending tropes and characters that were already well-established in the first part. It feels like a random bunch of never-ending sequences and flashbacks conjoined for a season that never gets going.

You are consistently redirected to sequences surrounding Sartaj’s personal life with his father and ex-wife that don’t mean much to the plot. Gaitonde, the don whose ravishing attitude and swagger provided a razor-sharp quality to the story in the first season, is more humanly and less-menacing this time around. Both Sartaj and Gaitonde are in the middle of an internal crisis – not knowing what to make out of their past, present without much hope for the future.

Gaitonde’s growth as a don in Kenya ensures a few interesting stretches, that however end before you want more of them. From his return to Mumbai, things again take a downward slope. His persistent philosophical talk and his newfound bonhomie with a spiritual guru nudge the series towards boredom. The characters are always middling in terms of their ideas – wavering, unsure and the execution too reflects that.

If there are a few takeaways from the series, it has got to do with the sequences surrounding the biopic on Gaitonde where they take a dig at Ramgopal Varma, the layered characterisation of the guruji played by Pankaj Tripathi and his disciple (played by Kalki). Sacred Games 2 may have emotional depth, yes, but the plot’s progress is halted by several unnecessary sub-plots, ambiguous non-linear narration and the lack of a concrete story. The series tries to be too aesthetic in its treatment, with the pitch-perfect visuals, over-wrought characters that dumb-down the realism in the story.

The homosexual angle between the guru and Gaitonde feels forced and the theories that the former quotes about nudity and sex are quite vague, unnecessary. The action isn’t sharp and it feels like the makers were suffering from a verbal diarrhoea of sorts with the indulgent dialogues. Extensive build-up is provided to the concept of ‘Satya yuga’ in the series, that is merely reduced to an idea of religious extremism. The final episode is the only one where the proceedings move at a break-neck speed and you feel some tension. But the makers also open a gateway for another season, which already feels futile as an idea. Anurag Kashyap and Neeraj Ghaywan, on the whole, cook up a boring, never-ending extension.

Pankaj Tripathi‘s role as the guruji may not live up to the hype generated before the release, but one can say the actor submits himself to the role honestly. The aura surrounding the character promised something bigger and dangerous but he’s just another manifestation of a few cinematic liberties, a shady spiritual guru with malicious intent. Kalki Koechlin brings that suave quality and panache to the series that Radhika Apte provided to the first season. A top actor like Ranveer Shorey in the shoes of a don creates hopes of an intriguing character, alas, he’s nothing much to do. Several characters, like the constable, the aspirant actress, the RAW agent have bombastic lines, display the potential to be a critical link in the series, only to be sidelined later. 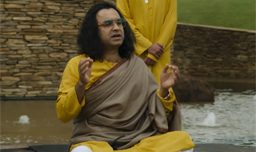 The music score by Aloknanda Dasgupta is among the few high points of the series. But you wish, he got more potent sequences to exhibit his skill as a composer. The cinematography is neat and has the cutting edge quality equivalent to a feature film. The writing is the major issue of Sacred Games 2, the makers don’t appear sure about the development of several characters, get indulgent about a few of them, and as a result, the narrative struggles to create any impact. The editing deserved to be sharper and the series wouldn’t have changed much even if it were two or three episodes lesser.

Nawazuddin Siddiqui’s performance
Aesthetics of the series
A gripping finale