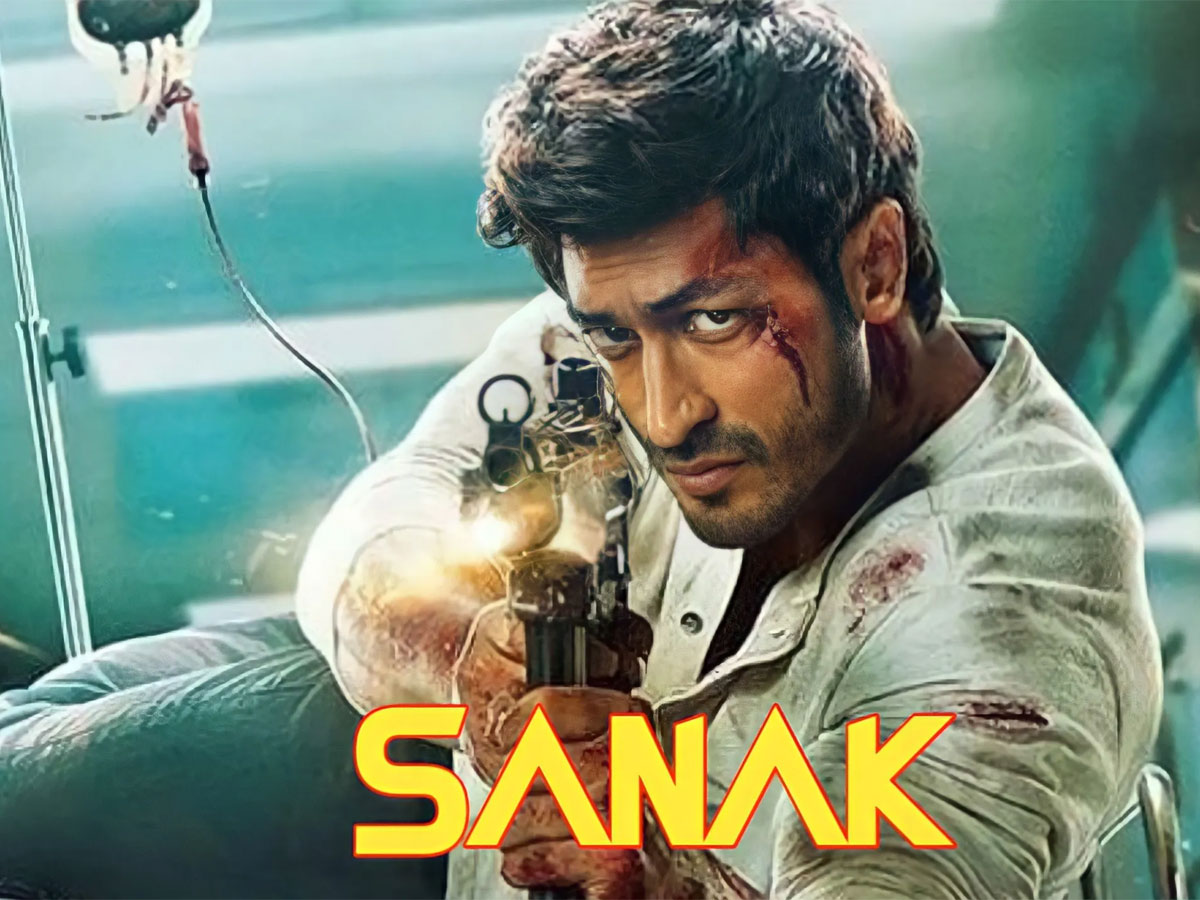 Vivaan Ahuja has gone through hell during the last few months. His wife, Anshika, collapses on their third anniversary and they find out that she has hypertrophic cardiomyopathy – an incurable genetic disease. They struggle but somehow manage to put up the money required for the heart surgery. The surgery is successful and now the happy couple is ready to go home. However, the hospital they are in gets taken over by terrorists and its occupants become their hostages. With Vivaan separated from his wife, his only thoughts are to return to her as quickly as possible. How will he evade the armed terrorists who have control over the entire hospital? Will Anshika make it through alive after everything she just went through?

Sanak is a film that rides on its actor’s performances and quite a few of them do well. Chandan Roy Sanyal is cast well for the role of Captain Saju. The actor manages to make the character unhinged and logical simultaneously, making every second of his screen time count. Neha Dhupia is intimidating as ACP Jayanti Bhargav but she doesn’t get enough screen time for us to really invest in the character. Still, she shines during the few scenes we are shown on screen.

However, this film is all about Vidyut Jammwal’s character, the aforementioned Vivaan Ahuja. Jammwal has the most screen time and he uses it to showcase his martial arts prowess on screen. While the actor doesn’t have to act much in Sanak, the character Vivaan shows us a Jackie Chan-esque performance, with his use of props and even the environment around him to give him an edge in fights – making him exciting to watch.

Sanak is an old school action thriller film that would work better in the early 2000s. The film is quite predictable – a group of terrorists take over a hospital and hold a lot of people hostage. They make a few demands and follow their highly sophisticated plan, step-by-step. During this time, our isolated, main protagonist single handedly beats all the bad guys and walks away with the woman of his dreams. And the main antagonist gets a memorable death. Similar to the original ‘Die Hard’ film. But, the primary antagonist, his motivation & character, the depth of our main protagonist as well as the fight sequences all make this film watchable (similar to ‘Die Hard’), despite the film following a formulaic script.

Like most Bollywood action films, Sanak has a lot of over-the-top elements which turn out to be plot holes. One big example of this is the full-minute scene where Saju orders Yuri to guard the black pouch with his life. If this plan was made four months in advance, why does Saju need to remind Yuri of this situation? Also, why does Saju give the pouch away? If it is so crucial for the plan, why did he give it to the one person who will be the farthest away from the main team? Another example is Vivaan’s “warmup” before his big finisher. We see Jammwal perform this sequence three times on screen, and each time when he does it, he wastes a few seconds which should have got him shot/killed. Plot armor is one thing, blatant bad-ass moments turning into obvious plot holes will kill an action film like this. Sanak is a movie that depends on its action sequence, and unnecessary style moments ruin them (especially when they become a plot hole). Also, reloading a gun, by kicking the clip into the chamber, sounds cool, but the final onscreen execution makes the person doing it come off as an idiot.

Speaking about mistakes, there are a few problems during some of the fight scenes. While many of the action sequences are enjoyable, especially the usage of props during fights – shoddy editing and continuity errors crop up sometimes and it ruins a few of these sequences. Another major problem/plothole is that nearly everyone who is part of Captain Saju’s terrorist team knows martial arts… for some reason. We know that they are trained soldiers but the usage of different fighting styles make no sense – especially since most of them come from the same command unit (we think).

Still, even with all these problems, Sanak is a decent film to watch. The casting and acting is good, the premise is solid and the first half gets you engrossed from the very start. The side characters and Chandan Roy Sanyal’s onscreen presence pushes the film forward. While we get a very unrealistic ending, the happy ending after everything Vivaan went through is kind of deserved.

Overall, Sanak is a good one time-watch. The first half of the film is thrilling enough to keep you invested while the action sequences and Chandan Roy Sandal’s acting will help you reach the end without dragging out the movie. A good entertainer.

A lot of the side actors are wasted. Rukmini Maitra, Chandan Roy and even the child actors, Harminder Singh Alag and Adrija Sinha give us good performances, but they are not used as well as they could have in Sanak. True, giving them more screen time would have likely dragged the movie, but their characters are not given enough time to breathe. Still, the aforementioned four do a good job in pushing the film forward.

The music producers, cinematography department and screenwriter have done a brilliant job with this film. The director and the editing team needs to do better as the final execution is not as up to par as it should have been.

If you like action films, then you should check out Sanak.