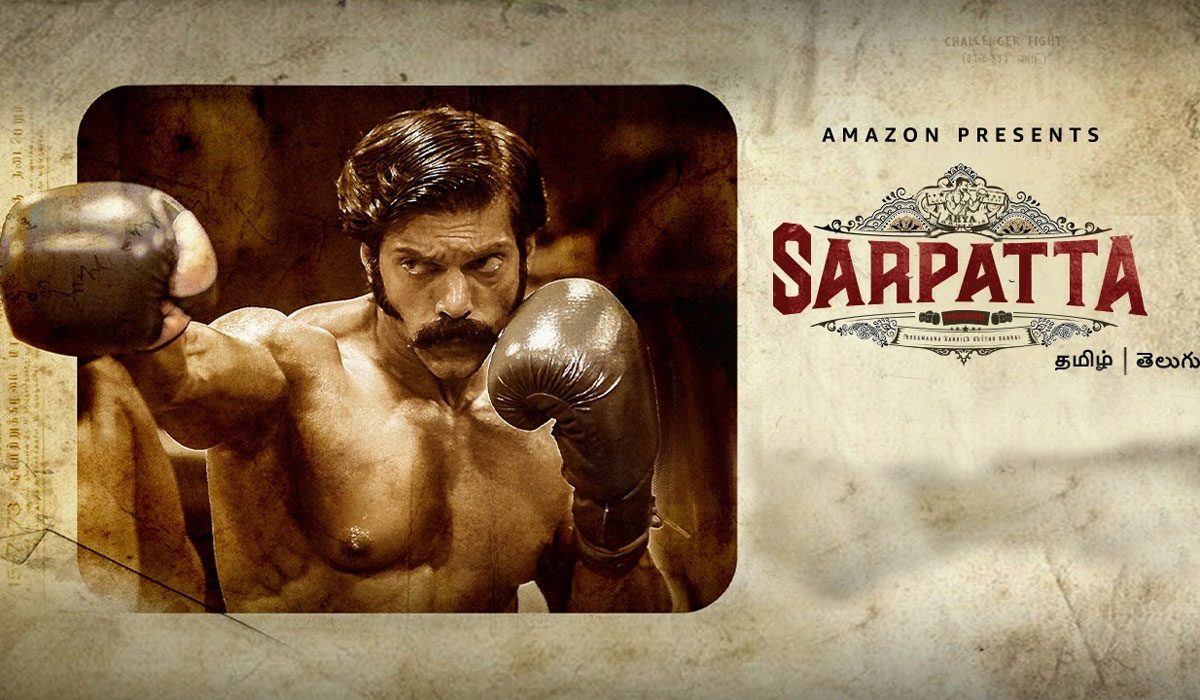 How Kabilan (Arya), a novice to boxing, comes out of the blue and brings glory to the Sarpatta clan forms the basic plot of the film.

Arya is a natural fit for a sports drama. His physique and body language are moulded excellently to give a realistic feel. When it comes to the drama, it is his usual act. But, the key here is the director amps up the histrionics just enough to match with the physicality. It generates a potent combo and helps Arya stand out not just for his ‘body’ but also for the acting.

The actor in Arya comes to the fore in the second half. The breakdown sequence is the best of the lot. Sarpatta is a memorable outing for him without any doubt and will count among his best acts. 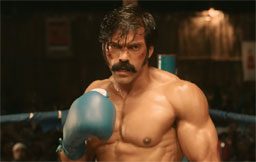 Director Pa Ranjith is back with a new film after some gap. He has crafted a unique space for him with his work, even though they are only a few. With Sarpatta, he dabbles the sports genre.

Any movie in the sports genre, be it any sport has to follow a set of clichés. It is more evident when it is based on true stories. It is the case with Sarpatta, which is inspired by real-life events in the past. The task for a director gets doubled to bring freshness to such plots. Pa Ranjith mostly, if not entirely, succeeds in doing it all right.

Sarpatta begins on a stunning note. The period setting, the costumes, the characters and the boxing come to life with excellent writing and slick execution.

We are instantly drawn into the narrative. The many characters and their subplots are beautifully integrated into the tale. The routine genre clichés are brought out as part of the proceedings superbly.

The emergency period backdrop is fine, but its politics may not be everyone. With the ‘politics’ of the space, the director leaves his mark whether one likes it or not.

The internal fights within the clans, the jealousies, the challenge and surprise wow factors are packed neatly with a fast-paced execution. The rise of the hero is designed terrifically. The fight with Raman and then Rose are excellent on drama and sports, counts.

It all looks like a dream narratively, just like the journey of the lead Kabilan. And then the critical segment arrives – the downfall.

The rise-fall-rise narrative has to go through the fall. It can’t be done away within a jiffy or as highlights. After a smooth ride, when the crash happens in the life of the lead, it creates a similar effect on the viewer, too. Well, it is the cliché that one talks about concerning the genre.

Pa Ranjith neatly executes the fall. The losing of the will of Kabilan by getting addicted to alcohol is appropriately done. The issue here is unlike the events preceding it; things appear routine and predictable, i.e. the clichés are presented in a clichéd way that has been avoided before. It is due to this missing freshness that the sequences drag a bit.

Things get back on track once again as the narrative sets its path on the rise. The regaining of self-confidence, another clichéd block, could have been dealt with better, but it is alright. However, all of this doesn’t matter before the ultimate grand finale. If it delivers, the whole narrative will light up. It is precisely what happens.

The climax boxing sequences are well shot, and the whole thing ends on a high. There is nothing new, but the director succeeds in getting an elated feel mentally. And that’s where the victory lies.

Overall, Sarpatta is a period sports drama done right. It presents the formulaic structure freshly and ends with a bang, barring a slight dip intermittently. It is an enjoyable watch if you like the genre. Even if you don’t, it is worth watching once. 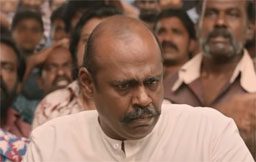 Sarpatta comprises a vast cast. But, the best part is each, and everyone gets enough moments to leave an impact through the narrative. The one to stand out among all is Pasupathy. As coach Rangan, he is excellent. Anupama Kumar and Sanchana Natarajan add to the background emotional appeal. They play similar loud yet caring roles with an age gap and shine.

John Vijay and Kalaiyarasan get meaty roles. The former is a show-stealer of sorts with his English speaking characterisation. His bond with Kabilan is neatly written and developed. The proper culmination of even small arcs is felt due to the acting and well-written parts. John Kokken, as the foe in the boxing ring, is good. The rest of the cast, too, has done excellently even if they are small parts.

Santhosh Narayanan, a frequent collaborator with Pa Ranjith, works on Sarapatta, as well. There is a song or two in the entire near three-hour narrative. One quickly forgets them. It is courtesy of the background score where Santhosh Narayanan leaves his mark. The cinematography by Murali G is fantastic. The period setting and feel have been exquisitely captured. The editing by Selva R K is slick. A few minutes in the second half could have been trimmed, though. The writing is excellent throughout. 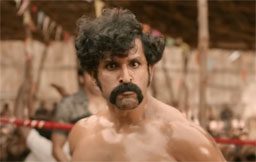 First Half (Pre-interval To Interval)

Parts Of The Beginning Of Second Half