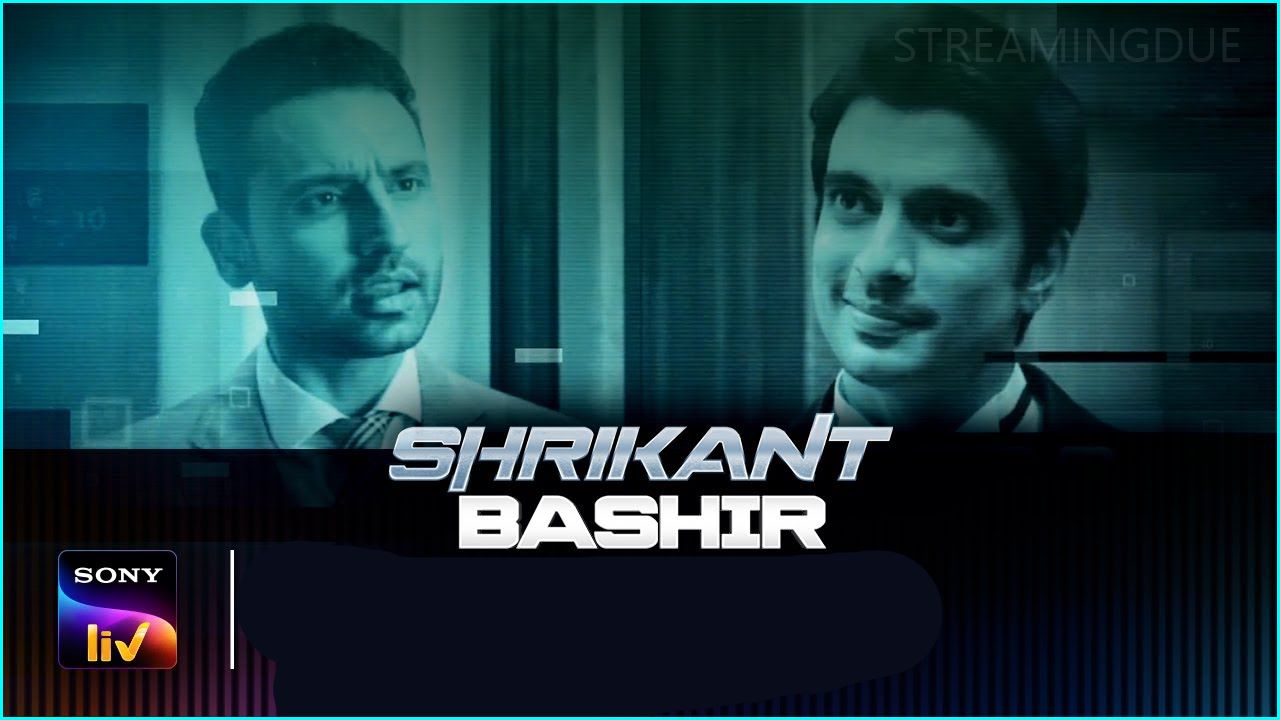 BOTTOM LINE: A Horrendous, Patience Tester of a Show

The number two of a terrorist outfit, the owner of a pharmaceutical company, a mysterious virus claiming the life of residents in Mumbai and two investigative officers Shrikant Mhatre, Bashir Khan – what binds them together? Shrikant Bashir, as the title suggests, revolves around the abovementioned two officers from the Surgical Operations Team (SOT) and their efforts to bring an end to an epidemic resulting out of a man-made virus. Shrikant and Bashir are poles apart in the outlook towards their profession – one likes to play by the book and the other makes the most out of bureaucratic loopholes. But, their goals, despite their differences, are the same.

When a show is named after its two pivotal characters – the least the makers could do was to cast reasonable performers or known faces for both the roles. It’s a patience tester to watch Gashmeer Mahajani and Yudhishthir Singh perform – they appear clueless, the dialogue delivery and the body language are so casual, the scope for nuance doesn’t even exist. Mantra as the international goon Parker gets the worst of the dialogues in the show and there’s nothing new to distinguish this act from his previous hundred-odd appearances as the villain. Manish Choudhary does the face-saving act to an extent, while the women Ashmita Jaggi, Pooja Gaur and Vivana Singh exist as a formality sans any flesh in their characterisation. The likes of Kewal Dasani, Paras Randhawa have very little to do.

Shrikant Bashir is a 14-hour-long never-ending saga conveying little that’s meaningful or purposeful. There are umpteen backstories that don’t make any sense while the weak core plot, terrible performances and pathetic execution add to its woes. The jumps are frequent and never offers an opportunity to take any of the characters or situations seriously. The narrative lacks focus and gets distracted easily – conveniently switching from the murder of an investigative officer to the rape of a bartender to a hacker’s attempt to gain access to the private records of a bank and a virus that’s a cause for many deaths in a metropolitan.

Beyond the case, Shrikant Bashir tries to raise a debate about professional insecurities within a workspace and even discusses issues of systemic bias – but at no point, neither does the show take itself seriously nor compels its viewers to. The entire show is built on the rivalry between Shrikant and Bashir, but the sequences make the two look like two overgrown kids who’re yet to ‘grow a pair’. The supposed situational humour is atrocious and precious screen time is wasted while dwelling upon the uninteresting romantic escapades of Shrikant Mhatre – every second woman in the show is swooning over him and craves for his attention.

It’s hard to believe that the series is set in 2020. Women may have respectable professions here, but they serve the purpose of cheerleaders in an IPL match – boosting the fragile ego of men in the missions, muttering things like ‘come on, you can do it!’, offering useless advice, talking sense about everything but work and doing their bit as the eye candy. The so-called terrorists behave like streetside goons sporting long hair, donning funky costumes, indulging in cheesy, done-to-death punchlines. The politicians are crooked, the cops are corrupt and the heads of pharmaceutical companies are evil-minded businesspersons who’re minting money out of a crisis.

The show fictionalises the COVID-19 scenario as a case of bioterrorism plotted by a fringe outfit but there’s no effort to build any motive to it. Characters come and leave, suddenly die without any purpose, the action sequences are not even fit to be called amateurish. The polarised dialogues about religion, faith and practice don’t help. What’s the hurry to release 26 episodes of such a series at once? And where’s the plot to justify that length? Shrikant Bashir is headlined by incapable lead actors, the storytelling is horrendous, the execution is technically poor – how did this even find a producer?

The background score isn’t exactly conventional; the effort to underplay the music in critical junctures lends some freshness to the show initially though it becomes a repetitive tool beyond a point. Srinivas Ramaiah’s cinematography has enough visual flourish but it’s too hard to mask the fact that the show has been made on a shoestring budget. The action sequences are rehashed from umpteen number of films and are found wanting in terms of novelty. The 26-episode length seems an indulgence when it’s quite obvious that even a 16-episode show would have conveniently told the story. The writing lacks any imagination and the director Santosh Shetty’s execution is worse.