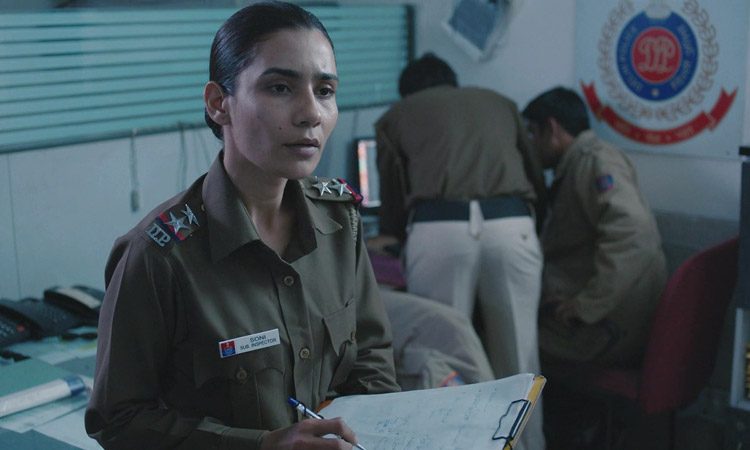 Soni (Geethika Vidya Ohlyan) is short-tempered police who loses her cool when something wrong happens right before her. Kalpana (Saloni Batra) is Soni’s higher official who understands her but is bound by rules. How their relationship progresses professionally and personally is what the film is all about? 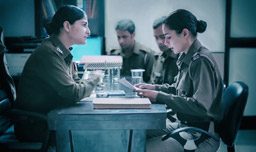 Geetika Vidya Ohlyan is terrific in the title role of hard-boiled police. The aggression that she brings to the character feels so natural and spontaneous. It is her greatest strength. What makes it even more compelling is the other subtle feminine side that is also wonderfully showcased. It is a performance that stays with us long after watching the movie.

Soni marks the debut of Ivan Ayr. It is a simple story that is set apart by the gender reversal in the police system and hierarchy. What is the reality, where the women are in power? It is a subtle subversion of the general thinking.

The first thing that stands out is how real the whole narrative feels. The camerawork stands out in that aspect in giving a real-life feel without being showy. The characters and the world they inhabit are also correctly etched. These factors allow us to be immersed into the story instantly. The opening sequence itself is an excellent example of that feeling. We get the chills. 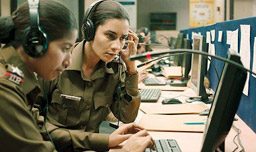 With that realism when we get to the core issue at hand, it feels unique and fresh. It doesn’t matter if they are police; the women still have to struggle. They have fears and can’t be authoritative entirely is well brought out by the sequences at the office involving Kalpana played effectively by Saloni Batra.

And that brings us to the problem, once the inversion factor is worn out, the basic issues remain the same that we have seen countless times in different setups. The personal issues related to both women feel clichés and the final decisions taken, come across as predictable. It is well rounded off, but, given how explosive the setup has been and how Soni begins and establishes the whole narrative, it becomes less engaging as we get towards the end. There is a feeling of underwhelming as if the fire has been put off literally.

All said and done, Soni is still a decent watch for the wonderful making and set up, and the lead characters Soni and Kalpana and their relationship. One only wishes it didn’t fizzle out.

Saloni Batra is not as explosive as Soni; it isn’t required too but still manages to register. She is more than adequate for the part and plays it with suitable aggression when necessary. The lacks the raw edge in characterisation is compensated with a stillness that contrasts with Soni. She is the yin to her yang. They balance out each, and it’s a vital dynamic that is acted out well. Himanshu Kohli who appears briefly is superb. Mohit Chauhan, Vikas Shukla and others have similar brief parts, and they have done them appropriately.

The music by Nicholas Jacobson –Larson Andrea Penso remains largely understated. The cinematography by David Bolen is terrific. It gives a slice of the life account of the characters without being obtrusive. The director Ivan Ayr also handles editing along with Gurvinder Singh. They have done a good job of keeping the film crisp. The writing is sufficient.