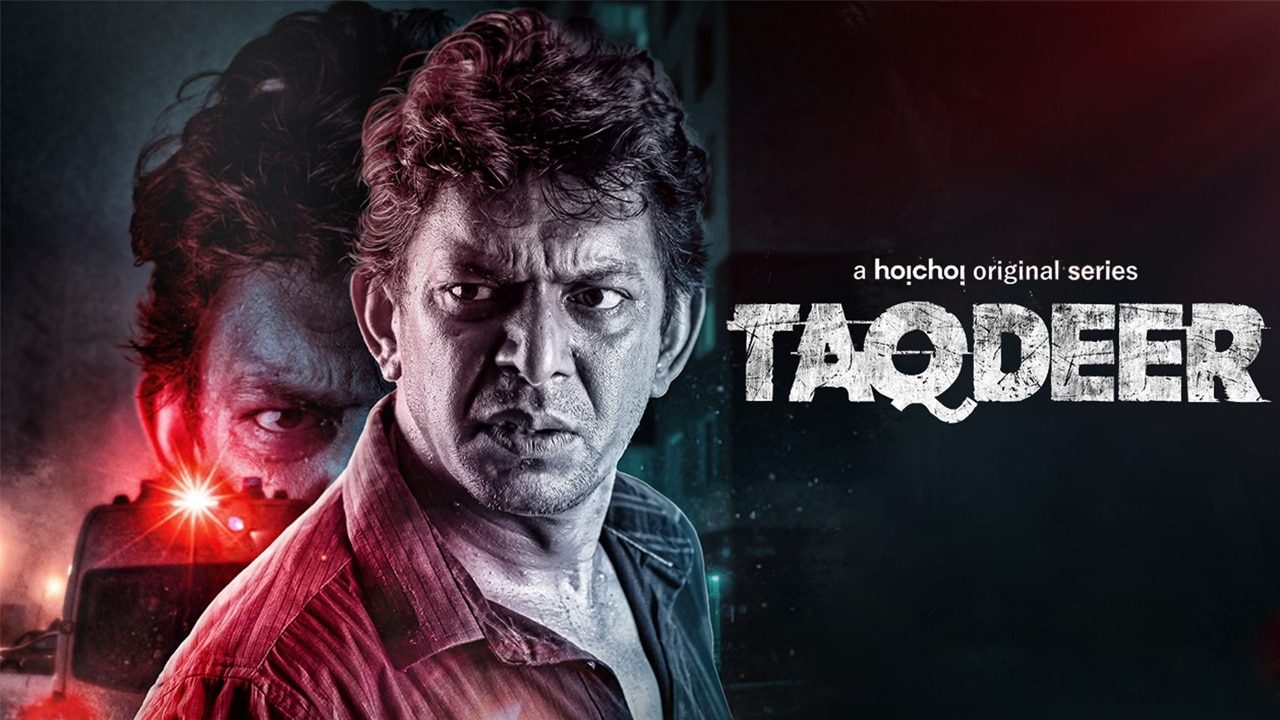 BOTTOM LINE: A Slow Paced Gripping Thriller That Ends With A Whimper

Taqdeer (Chanchal Chowdhury) is a freezer van driver. He shifts dead bodies from home to cremation and also meat as per the requirement. What happens when he finds an unidentified dead body in his van is what the series is all about?

The subplot involves the investigation of (and related to) a missing journalist Afsana (Sanjida Preeti). Who is she and how her story is connected to Taqdeer forms the overall plot of the series?

Chanchal Chowdhury as Taqdeer is superb. He fits the bill correctly of an ordinary man caught in extraordinary circumstances.

Chanchal’s presence and acting are one of the main reason why one is engaged in the narrative right from the start. The character is well written encompassing various emotions like anger, frustration and sorrow etc. The actor does a convincing job in portraying them. It helps the audience a great deal in staying connected to the story.

Syed Ahmed Shawki directs Taqdeer. When one looks at the story as a whole, it appears very simple and straightforward. However, it is the takeoff and on ‘whom’ it is centred that makes all the difference.

The slow pace is instantly evident with the patience-testing beginning. The director takes time in slowly establishing the world and lead. The issues continue to grow within a short time. It is when the story takes off with the introduction of a dead body that narrative turns interesting.

Once we are on track, the gripping narrative and performances suiting the setting take over. The intensity is felt, and one is engrossed in the tale of the common man who has an unexpected situation to handle before him.

There are not many ‘big twists’ in the narrative, but at every turn, something unexpected happens. It is what further makes us glued to the proceedings.

The firm grip is maintained right through the end via the performances. But as the story progresses and we get to know more about the central plot, things start to become predictable. The screenplay which goes back and forth silently, thereby leading to confusion initially, also becomes apparent.

However, as we are engaged with the central character of Taqdeer, and the unique scenario he finds himself in, we go through his journey. Also, the suspense and edginess, maintained, for the most part, helps the cause. There is a sword hanging on each character. It creates a little tension which is enough to keep moving along despite the larger predictable arc.

The ending is decent, but it is easily guessable after a point. The lack of ‘going to the next level’ finish after a neat build-up brings down the final impact.

Overall, Taqdeer has a solid beginning and middle for a drama with thriller elements. The performances and gripping narrative makes it a reasonable one-time watch.

Shohel Mondol, Monoj Kumar Pramanik are the main supporting actors along with Chanchal Chowdhury. They are fine in their roles. Both do the intense moments well and help in elevating the drama whenever necessary.

Sanjida Preeti is apt as the righteous journalist who goes to any extent to cover the truth. Barua Partha as the killer is effective, but sometimes one can’t help but feel if the terror is missing due to his demeanour. Mir Rabbi is decent, playing a soft but intense character. There are a couple of parts which are integral to the narrative but have less screen time. The actors doing those roles are okay.

The background score by Ruslan Rehman is excellent. It adds a lot to the gripping and intense feel of the narrative. The cinematography by Barkat Hossain Polash is neat for a small scale production using mostly real locations. The editing by Saleh Sobhan Auneem is crisp. It keeps the proceedings tight and gives a slick vibe despite low production values. The writing is alright for a thriller.