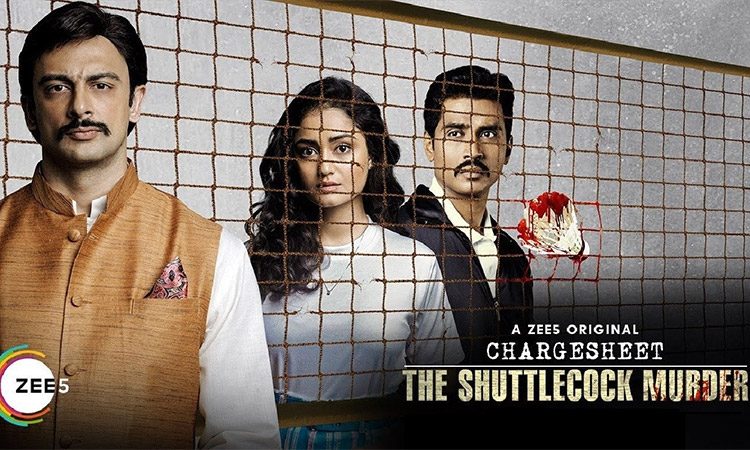 A renowned national champion table tennis player Shiraj Mallik (Shiv Panditt) is killed in a bloodied manner in broad daylight. Crime Bureau of Investigation (CBI) is immediately deployed to look into the case. Who is behind Shiraj’s killing, and why did they do that is what the series is all about? 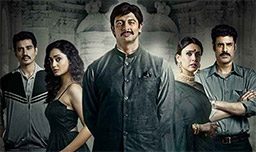 There are many characters in the series, but none can be termed as a lead in the series. Still, if someone has to be picked, it has to be Sikander Kher for playing the CBI agent leading the murder investigation.

Sikander Kher’s physicality comes to great use in generating screen presence rather than his acting. He is alright for the part which doesn’t require heavy-duty dramatic acting. He has to act cool and confident and mouth one-liners with dead-pan ease. Sikander Kher does them with an alright panache.

Shashant Shah directs The Chargesheet, which is a modified version of real-life incidents. It is set in the late eighties and moves back even further in time.

The story of The Chargesheet is simple. There is killing and finding out the culprit is what it is all about. The opening murder and the setup involving various characters are neatly established. An effect of the bygone era is also felt initially. 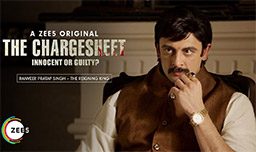 The back and forth movement of time are used to take the proceedings forward and reveal the core drama one block at a time. The screenplay choice is an excellent idea to hold attention and overall idea involving the political, both personal and professional, is also neat.

The problem is the actual content that comes out in revelation. With each new unfolding, the interest is lost, and the curiosity to know the culprit becomes lesser. The predictable scenes and old school dramatism at display proves to be a great turn off.

By the time we reach the final three concluding episodes, the hopes of an engaging thrilling drama are lost. Some of the scenes and character action lack logic. They appear to be designed to shock and nothing else. It could work for a few, but even that has not been brought out convincingly and engagingly. Sadly, there are no such ‘wow’ moments to thrill the audience.

The courtroom sequences feel so over the top and narratively inconsistent. The writing also gets weaker towards the end where it (the writing) becomes very crucial to engage. In fact, such is the weakness here that if you skip the middle portions and directly reach the finale, you would still understand everything.

Overall, The Chargesheet has an exciting premise, but the more it reveals, the less appealing it becomes. Watch it in parts with using the fast-forward option. 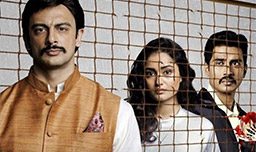 Arunoday Singh, Hrishitaa Bhatt, Shiv Pandit and Tridha Choudhury play other vital roles in the movie. Arunoday has a fabulous screen presence, and he makes the best use of it. Nothing stands out acting-wise, but the casting seems perfect for the part, and that is half the job well done.

Hrishitaa and Tridha start off on opposite ends. The former seems relegated to the background initially, only to come back stronger in the final parts. It is different for Tridha who starts strongly but gets dumber and pointless, by the time we reach the end. Shiv Pandit gets a central role that is short-lived. The acting lacks the impact needed for the character.

Among the supporting parts, Sushil Bonthiyal and Kishori Sahane, get decent parts that register a bit. Veterans, Ashwini Kalsekar and Satish Kaushik hams it up a lot. The latter is better among the two in common portions. The rest are alright and have a scene or two to register.

Salim and Sulaiman provide the background score. They follow a formulaic approach with the music that has its great moments, but in parts. The cinematography by Santhosh Thundiyil is decent, overall. Shakti Hasija’a editing could have been sharper. The writing by Priyanka Ghatak is inconsistent. It is mainly weak, but there are parts which give us a glimpse of how The Chargesheet could have been with a better effort.

The Chargesheet Review by Siddartha Toleti