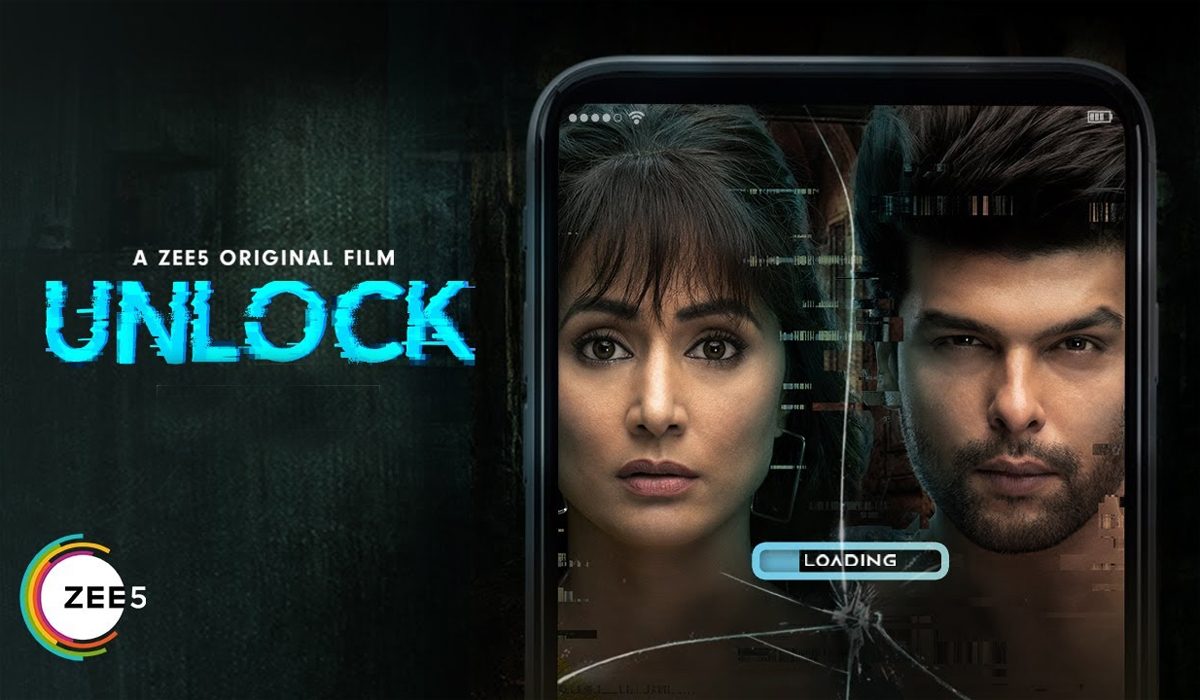 BOTTOM LINE: An Amateurish Horror Story With No Horror In It

Unlock: The Haunted App is the horror story of an app that makes your darkest wishes come true. Suhani (Hina Khan) is desperately in love with Amar (Kushal Tandon), who doesn’t love her back coz he’s in love with Suhasini’s roommate, Riddhi (Aditi Arya). One night, their mutual friend Anubhav (Rishabh Sinha) tells them about the dark web, where anything and everything is available for a price. Frustrated with not being able to get Amar, Suhasini goes on the dark web and downloads an app that promises to make even one’s darkest wishes come true. But there’s a condition – the wish-maker must complete three tasks before their wish is fulfilled. From there begins Suhasini’s downward spiral into a terrifying world of enigmatic spirits, elderly ghosts and a haunting alternate reality. 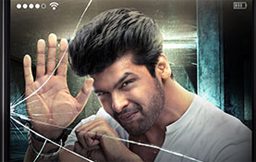 Hina Khan is the linchpin of the narrative and she puts in a good performance as Suhani. Fear and horror is quite palpable on her face and in her body language in some of the scenes, especially in the sequence with the old lady and the bag sequence in the parking space. That said, there is limited scope for more than average acting in the short one-hour film. Kushal Tandon is passable in his role, as are Aditi Arya and Rishabh Sinha.

The story of Unlock: The Haunted App seems like something a student of creative writing would write when given a prompt in writing class. It is an implausible story that takes off on an unusual flight of fancy, but one that doesn’t move or affect you in the slightest. For starters, only the dumbest of people would download an app that promises to fulfil wishes. Ever heard, ‘if wishes were horses, beggars would ride’?

And once downloaded, if the app demands three tasks to be carried out before fulfilling the wish, that’s the surest sign to chuck the app and run – in the opposite direction. But our protagonist is as thick-headed as they come.

The story begins with a terrifying sequence – Suhani has to dispose of a huge black bag that holds the body of a little girl. The scenes that follow before and after the aforementioned sequence definitely succeed in reeling us into the picture. At first glance, Unlock seems like a well made movie – glossy appearance, good-looking actors, intriguing opening sequence – the works. 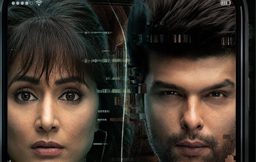 But ten minutes into the story, when the haunted app starts dictating terms to a petrified Suhani, you realise that Unlock is all style and no substance. The tasks assigned to Suhani are weird; the ominous shadow that creeps up on her when she refuses to comply with the app’s given task is weirder still; and the speed with which the movie rushes through the narrative is the weirdest of them all. There’s no building up of suspense or thrill whatsoever — a crucial cog in the wheel that a horror thriller plot hinges on.

Some sequences do manage to shake and stir you. The sequence with the old lady and the briefcase is stunningly horrifying. It is a well-constructed, well-shot sequence, and a novel piece of writing; though quite out of place in a story about a haunted app. Other than this, there’s nothing worth writing about in Unlock. The direction by Debatma Mandal is quite good. It is the screenplay that lets him down.

The sound design and background music of Unlock: The Haunted App are pretty good, considering it’s a horror story. In fact, it is only the background music and sound design of the film that manage to infuse the narrative with the critical elements of horror. The writing is lazy – nothing leads to anything of consequence in the story. Most of the horror sequences occur in Suhani’s imagination.

Vishnu Panicker’s cinematography is one of the better elements of Unlock. A better screenplay would have done him good. 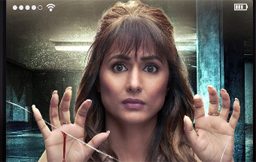