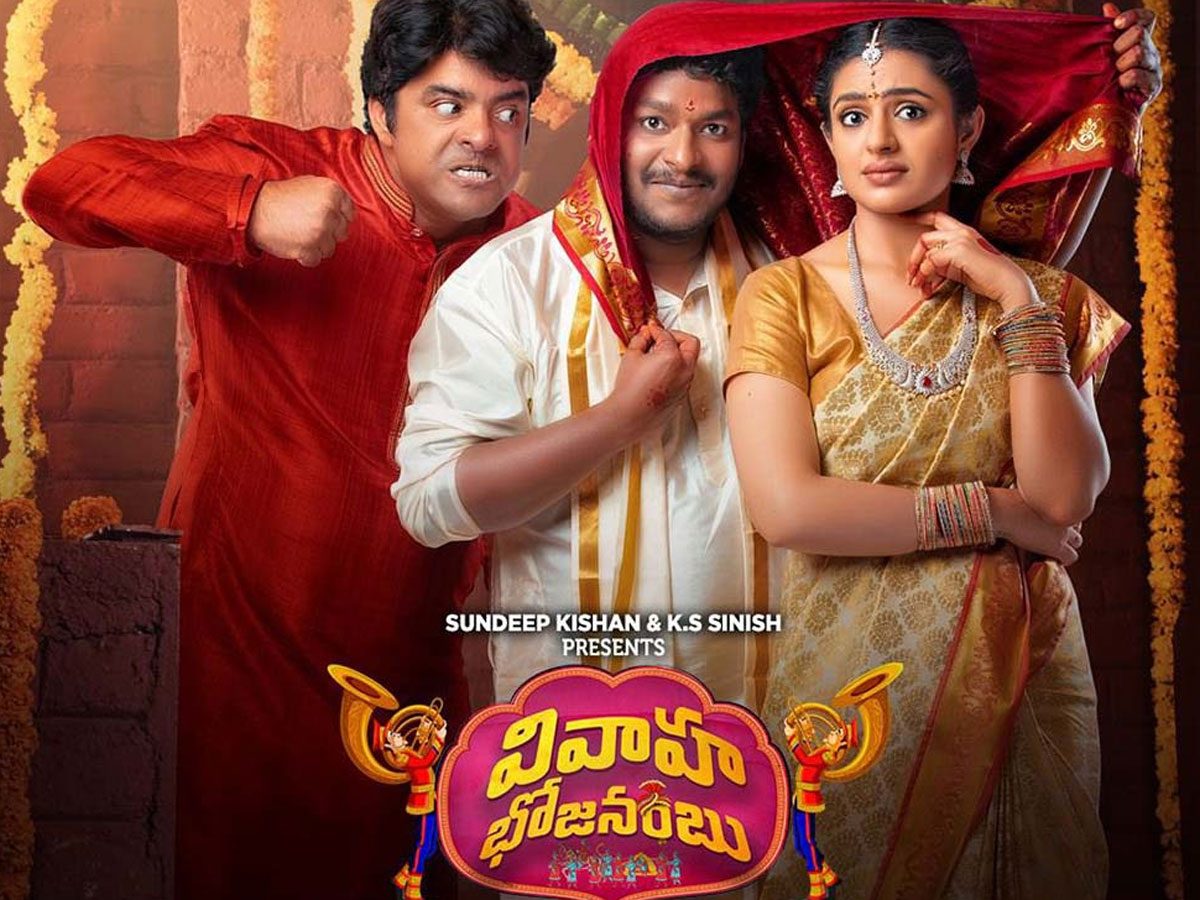 BOTTOM LINE: Silly And Illogical, But Fun In Parts

Mahesh (Sathya) is a LIC agent who falls in love with a beautiful lovely girl Anita (Aarjavee). The family of the girl is shocked when she announced the marriage to Mahesh. The father, Radha Krishna (Srikanth Iyengar), especially, is flabbergasted with the choice.

How the father-in-law and son-in-law come to terms with one another is the basic story. The whole thing happens during the first lockdown imposed by the Indian government.

The character of Mahesh is tailor-made for Sathya in what would be his first full-fledged debut as a hero. The innocence and comic timing are put to use. However, unlike the regular movie where Sathya has a comic turn, the impact is missing here. It is due to his presence throughout and repetitive content. It feels as if Sathya is doing the same thing from the start to the end. It is overkill.

Still, seen as the first time, we have to say, it is alright. Sathya must be careful regarding the content when he plans to do another such solo outing.

Ram Abbaraju directs Vivaha Bhojanambu. It is a straightforward plot based on a simple premise. Two families are placed inside a house due to lockdown, and there is not much love between them.

With such a wafer-thin storyline, Ram Abbaraju relies on the characterisation of the lead, the conflict with father-in-law and plenty of gags to run the show. It all looks fine initially. One gets an impression of a small scale entertaining conceptual film.

Unfortunately, that is short-lived. The jokes feel repetitive very soon. The narrative takes a backseat concerning the story. And the few emotions tried in-between don’t work.

What we are left with is a dragging narrative where a gag works randomly. Where it ‘works’ looks alright and promising, but as soon as it’s over, things go back to being predictable and routine.

The first half has a better rate of gags that work. The second half feels like a total misfire with the ‘star’ attraction failing to deliver. It feels like a needless insertion in the plot and adds to the length without any real help. It’s a comedy block that is well-intended but half-baked written and executed.

The emotional turnaround during the pre-climax and climax makes the whole thing look like a damp squib. It is mainly because of the predictability and how contrived the whole thing comes across via the screenplay. The same thing could have looked alright with a better script.

Overall, Vivaha Bhojanambu is a simple plot stretched beyond its strength. The fun only works in parts. Give it a try if you want to have a few laughs, but don’t expect them to last longer or have any logic.

Vivaha Bhojanambu is full of actors. Many known faces are part of the film, and each frame is filled with them. Aarjavee looks lovely and apt for the role. However, there is not much for her to act. It is just homely poses, and that’ it.

If anyone apart from Sathya has to be mentioned concerning the performance, it is Srikanth Iyenger. He gets a meaty role and delivers. Even though a lot feels like overaction, it goes with the overall tone of the film. The contrast with the lead character is also established. Sudarshan is not utilised fully. Viva Harsha is wasted. Sundeep Kishan in a cameo deserves better writing and comedy track.

The music by AniVee is alright. Achu Rajamani provides the background score, and it’s okay. The cinematography by Mani Kandan is good in parts. The editing by Chota K Prasad could have been better. The writing is full of silly gags and similar one-liners. They are acceptable to some extent. But, they fail to deliver the laughs consistently.