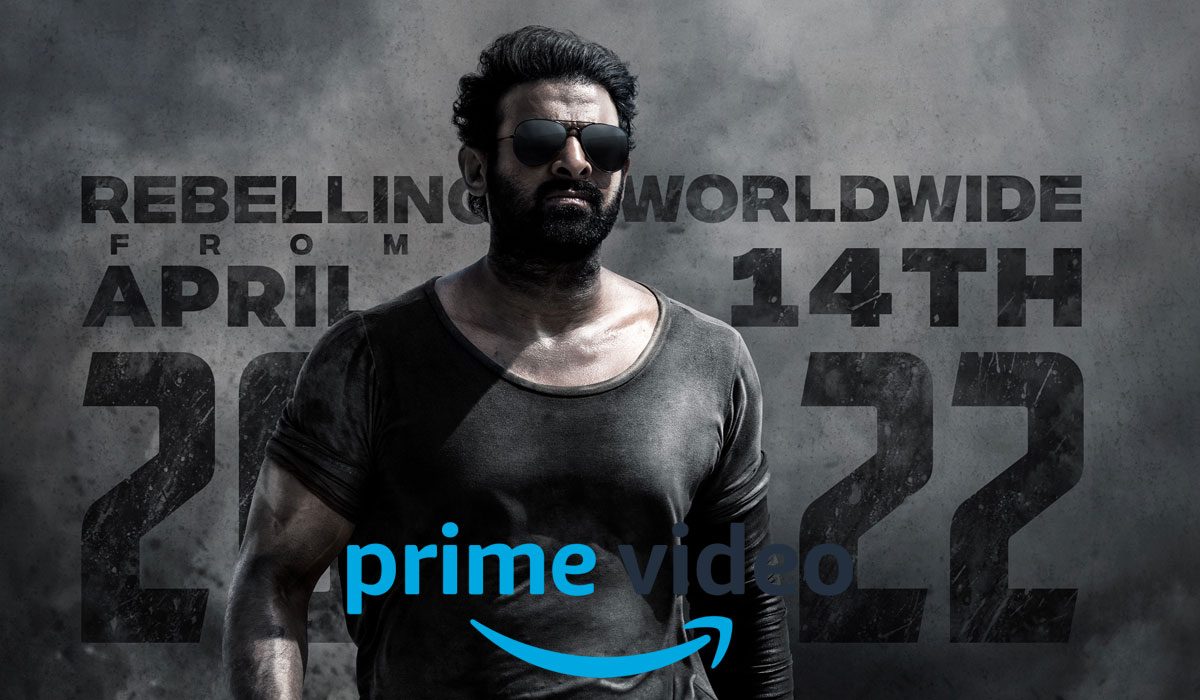 Young Rebel Star Prabhas is a national icon since Baahubali. Experts say that he may be the biggest icon of the country considering the fact he is popular across the length and breadth of the nation. Even the Bollywood stars are not popular in the South. He will be next seen in Salaar which will be directed by KGF fame Prashant Neel.

The movie is a hot cake in the theatrical business as well as the OTT. Telugu Film Industry sources say that Amazon Prime Video put forth the first offer for the Digital Rights of the film in all languages. While the quantum of the offer is not known, it is one of the biggest deals ever by the OTT major across the globe. We will keep you updated about the complete details very soon.

Salaar will release in Summer 2022. The movie will release on April 14th, 2022. The movie has completed its first schedule recently in Godavarikhani of Telangana. The second schedule will begin soon. Shruti Hasaan is romancing the actor in this film and this is her first time with the actor. Prashant Neel is repeating his KGF crew for this film as well. The craze for the film will further skyrocket if KGF 2 becomes a blockbuster.