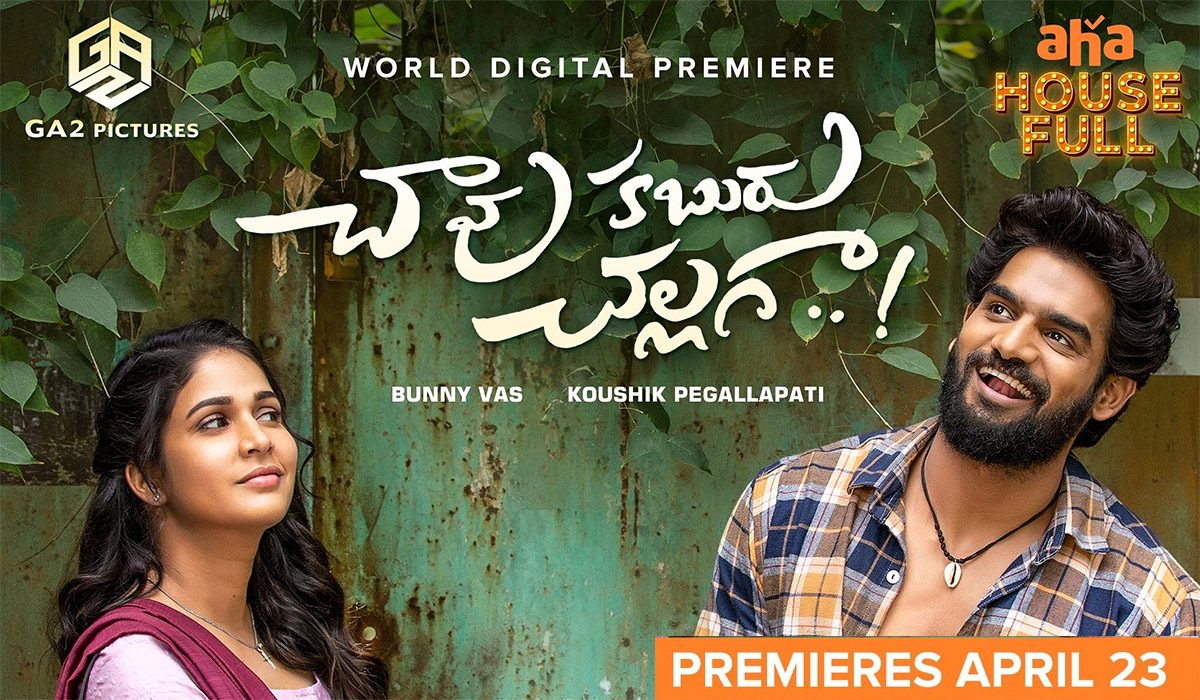 Telugu film Chaavu Kaburu Challaga starring Karthikeya and Lavanya Tripathi will be streaming on Aha Video, the Regional Telugu Exclusive OTT Platform from April 23rd. The movie has released in theaters last month (March 19th) but failed to impress the audience. Interestingly, it is bankrolled by GA2 Pictures whose owners are also the stakeholders in Aha Video.

Many expected the movie to arrive early on Aha Video after the movie failed at the box office but then the makers came up with a different idea. Chaavu Kaburu Challaga is the story of Anthima yatra van (Mortuary Van) driver Balaraju who falls for Mallika at a man`s funeral, not knowing that she is the widow. The rest of the story is all about how Balaraju convinces Mallika against the societal norms and her own inhibitions. A newcomer Peggalapati Koushik has directed the film.

The film is coming at the time when uncertainty looms over Telugu film industry after films are getting postponed due to the COVID second wave effect. So, Aha Video still believes that Chaavu Kaburu Challaga will work in their favor. Karthikeya is making his Tamil debut with Thala Ajith’s Valimai which is likely to release in August.