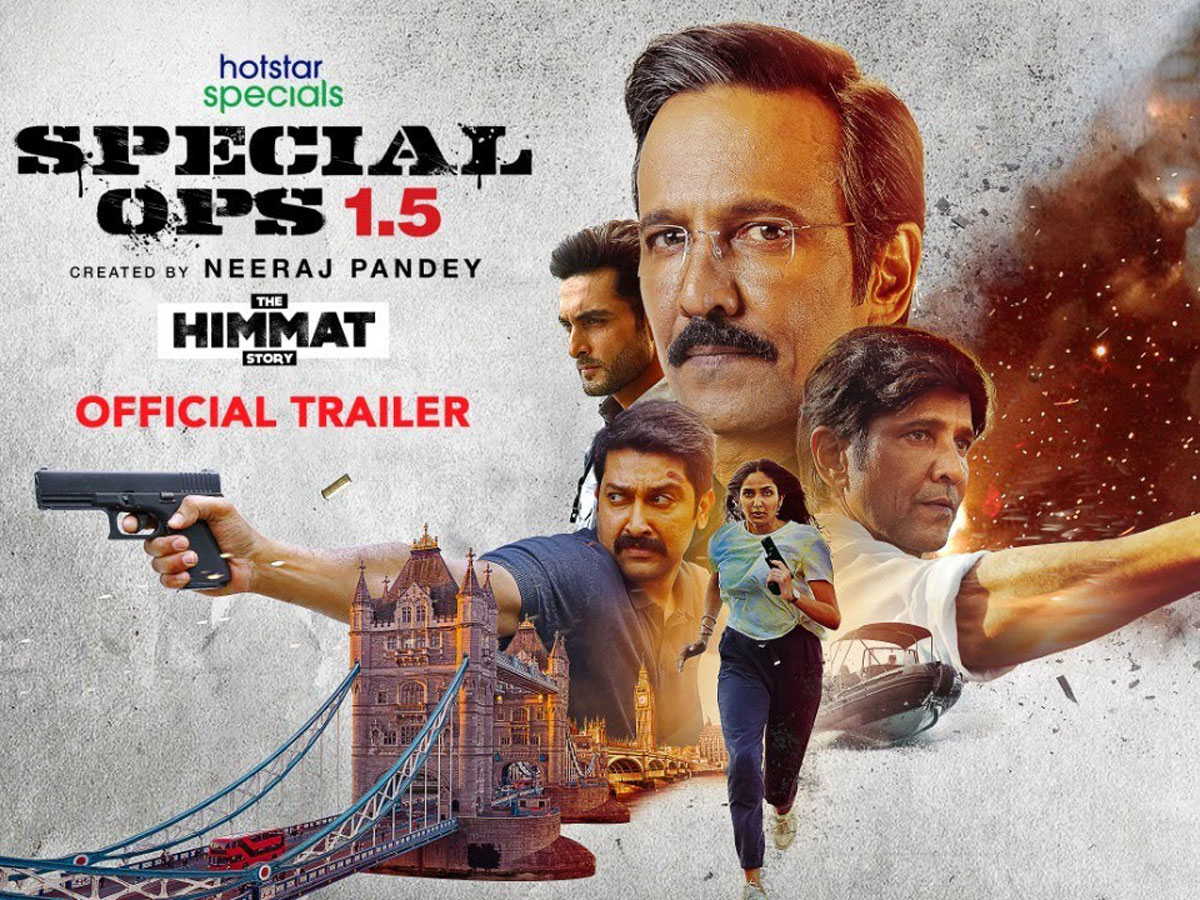 Streaming service Disney Plus Hotstar has just dropped the trailer of much-awaited show, ‘Special Ops 1.5: The Himmat Story’, a day early, to counter the leak earlier this morning. No sooner had they announced the show’s trailer release earlier this morning, than a set back hit the team. A 37-second long video featuring part of the trailer leaked earlier today and went viral on social media. The leaked video that was shot on a smartphone was not only circulating on social media apps, but also on whatsapp. To counter this, Disney Plus Hotstar has released the trailer of the action espionage thriller, ‘Special Ops 1.5’, a day in advance.

In fact, the teaser of the show dropped just days ago, much to the delight of fans of its parent show, ‘Special Ops’, and had been garnering huge excitement, since the show enjoys quite a large fan base. ‘Special Ops 1.5’ takes viewers back in time to tell the story of the formative years of primary protagonist Himmat Singh, just starting out in the Indian Intelligence Agency. Actor Kay Kay Menon, who played the primary protagonist, RAW agent Himmat Singh in the first season, returns to reprise his role in ‘Special Ops 1.5’. The racy 2 minute-14 second trailer goes back 20 years, to give us an insight into Himmat Singh’s personal life, family story and how the rookie became a top agent.

Quite a few new entrants have been added to the cast, including Aftab Shivdasani, Aadil Khan, Aishwarya Sushmita,
besides Vinay Pathak, Parmeet Sethi, KP Mukherjee and Gautami Kapoor who also return for the sequel. Somewhere in between a prequel and a sequel, catch the exciting show that promises viewers with an intriguing plotline, stellar performances and some edge-of-the-seat action. Created by Neeraj Pandey, ‘Special Ops 1.5: The Himmat Story’ begins streaming from 12th November.