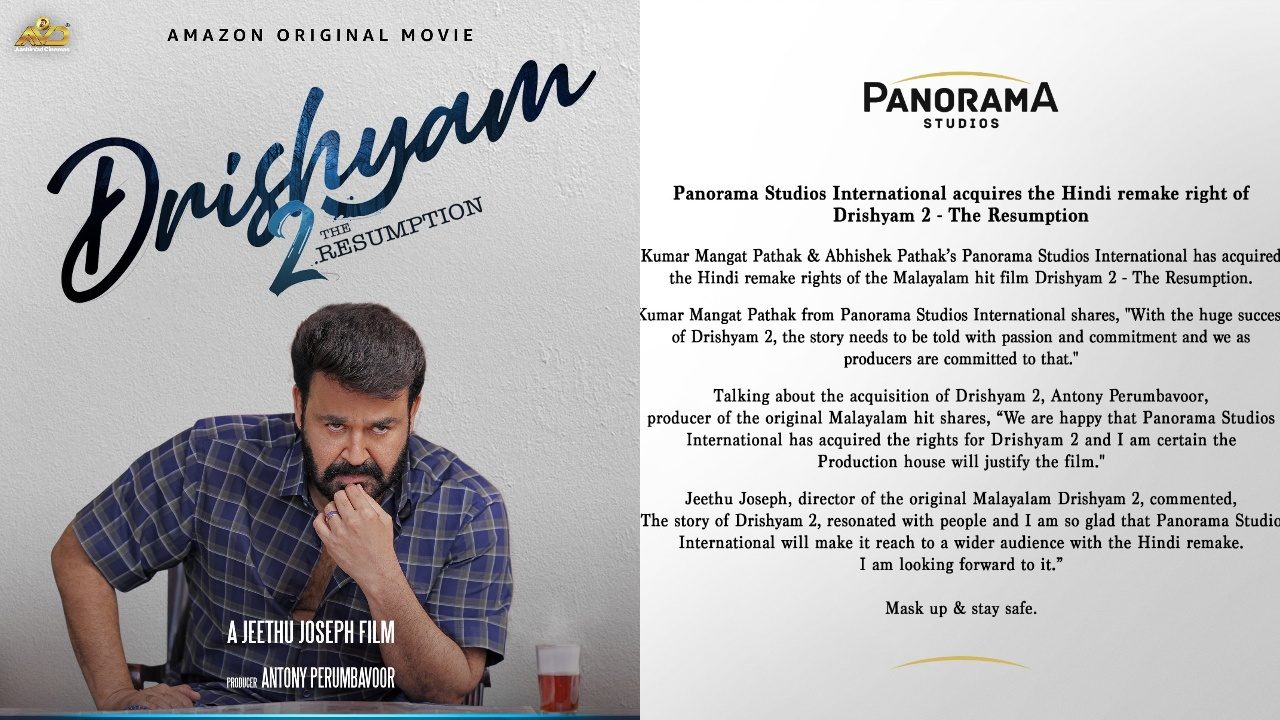 Earlier today, Panorama Studio has officially released a statement that the studio owned by Kumar Mangat Pathak and Abhishek Pathak has acquired the rights of the film to remake the same in Hindi. In the same statement, the producer and the director of the original Malayalam film, Antony Perumbavoor and Jeethu Joseph expressed their happiness around the remake as they will look forward to how the film is approached by the new makers.

Those who are unfamiliar, Drishyam 2 is the sequel of 2013 film Drishyam and the story takes place six years after the events of the first film. The first film was also remade in 2015 starring Ajay Devgn, Sriya Saran and Tabu and it became an extremely successful remake.

The story of the Malayalam version of Drishyam 2 aka Drishyam 2 – The Resumption revolves around Georgekutty, a cable television operator who outsmarted the police investigating the murder of his daughter’s classmate who gets accidentally killed by her, during an attempt to sexually assault her. After 6 years, he is now a theatre owner who dreams of making a film based on a story he has written. His elder daughter is still recovering from the shock of the traumatic events, while the younger daughter is now a slightly rebellious teenager. The entire family is living their daily lives with one eye behind their backs, as the fear of the police catching up always beckons. Mohanlal, Meena, Ansiba Hassan and Esther Anil have reprised their roles from the original 2013 movie.

Now, there is no official update on the cast or release date of Hindi remake of Drishyam 2 but with this announcement, the fans can be assured that a new gripping thriller is on the cards of which they just can’t keep calm!

Do check out the official statement here: