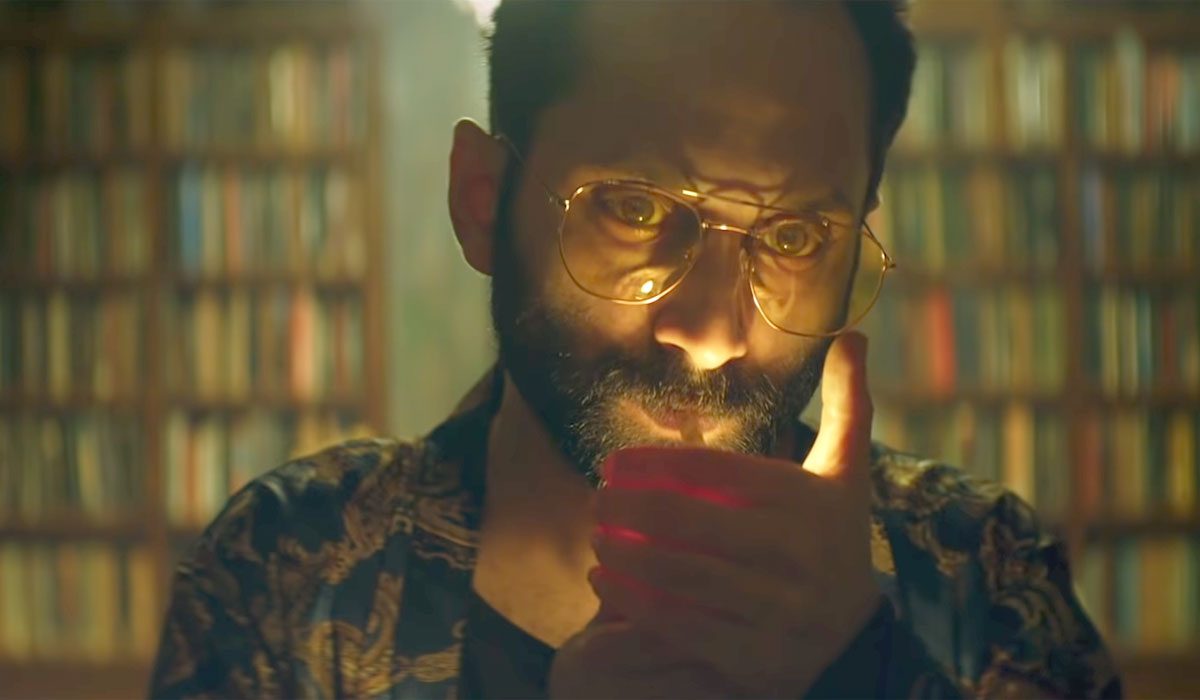 Netflix’s upcoming Malayalam mystery thriller ‘Irul’, dropped an impressive yet puzzling trailer today (a couple of hours ago), which also revealed its April release date. Featuring Fahadh Faasil in the lead role, this COVID-lockdown shot film will be skipping theaters entirely and releasing directly for streaming on the OTT platform. The trailer was released on Netflix India’s official YouTube channel (among other social platforms) and it is available for viewing at the end of this article.

Soubin Shahir and Darshana Rajendran will join Fahadh Faasil in this murder mystery experience. If Darshana Rajendran looks familiar to you guys, it’s because she was part of the first “made-for-OTT” Malayalam project – C U Soon, in which she portrayed Anumol. All three actors are brilliant in this trailer and we can’t wait to see the movie on the streaming platform.

The trailer for ‘Irul’ starts off with a person asking Soubin’s character (who we guess is a writer) about a novel he wrote recently. The novel seems to be based on five murders that took place several years ago in a mansion. We are then shown the face of Fahadh Faasil – an indication that he is the serial killer (or-to-be serial killer) that the interviewer is talking about. When the “interviewer” asks Soubin for the motive behind the murders, he replies that Fahadh’s character was taking his vengeance …against women. The interviewer states that the reason for his vengeance is not clear in Soubin’s novel.

We are then taken to the mansion to the time when the murders happened – in an isolated house in the hills, with only these three – Fahadh, Soubin and Darshana present in this huge house. With an ominous score, the trailer gets more and more mysterious as Darshana’s character sees many unexplainable things and she starts to question her own sanity. As the situation deteriorates and all three characters tries to harm/ kill/ run away from each other, the screen goes black and reveals the director’s name.

The trailer is definitely good promotion for this upcoming movie, but most of the film’s plot is still undisclosed. The trailer’s cinematography, score and acting is interesting enough to watch the movie. Also, the interviewer sounds a lot like Tovino Thomas and we wouldn’t be surprised if he makes a surprise cameo appearance in this feature film.

Irul will premiere on Netflix on April 2nd 2021.