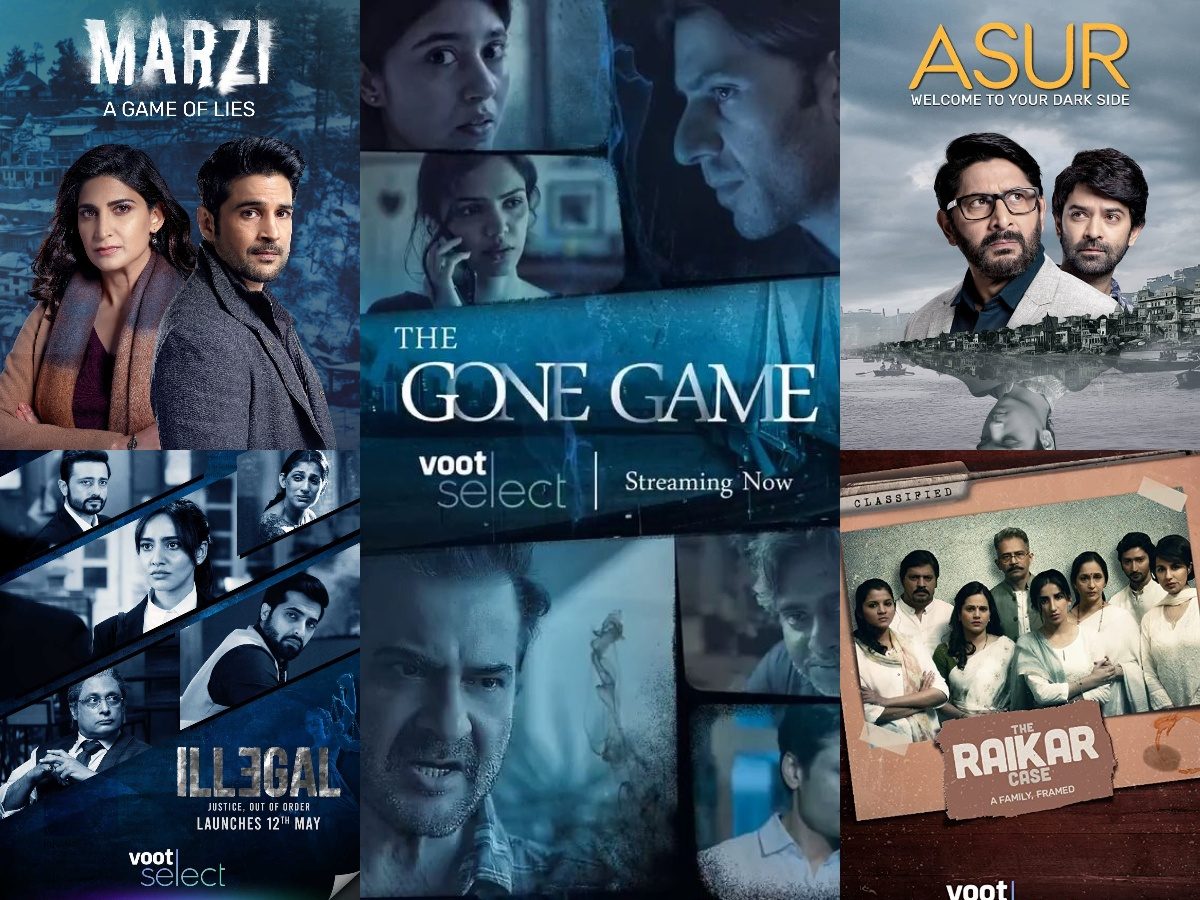 Voot Select is in a rather nascent stage when compared with the global streaming services in terms of the original series category. Though we cannot deny how successful most of its web series have been when it comes to public reviews and ratings. The most popular genres covered in these series are mystery, thriller, crime and the likes of it, making it for a gripping watch. With around 8-10 episodes each, these series if binge watched can be completed in just a few hours. And that surely makes it more so attractive. Here’s a list of the most popular shows on Voot Select ⬇️

1) Asur: Welcome To Your Dark Side
1 Season, 8 Episodes

A criminal investigative series based on serial killings, this is an edge of the seat thriller that will keep you hooked throughout. This show brings, forensic science and ancient Indian mythology, two diametrically opposite considered aspects of society together.

A legal drama, that shows how tough a legal battle becomes when justice is not how it should be. An idealistic, feisty lawyer, Niharika Singh, who believes in fighting hard for justice gets caught in the murky world of criminal law. She has to stand against a successful lawyer, Janardhan Jaitley from a high-end law firm where its all about billable hours.

Shot during the lockdown, this show is a crime thriller that follows Gujral family where one of the members, Sahil Gujral, has gone missing. His mysterious disappearance raises several questions. Did he catch the virus, is he dead because of it or something bigger is at play?

This one is a thriller series that is about family, love, deceit and the hidden dark secrets. It follows an affluent family where the youngest member dies but police denies the suicide angle bringing the picture perfect family under its radar. This edge of the seat thriller grapples with the dilemma of choosing between the family and the truth.

Marzi is based on the novel ‘Liar’ written by the BAFTA and Emmy nominated Jack and Harry Williams. This crime thriller series follows Sameera and Anurag who go out on a date one night that changes their lives. While Sameera accuses Anurag of rape what follows is a web of lies and betrayals. With both of them having different versions of the story it gets interesting whom to believe.