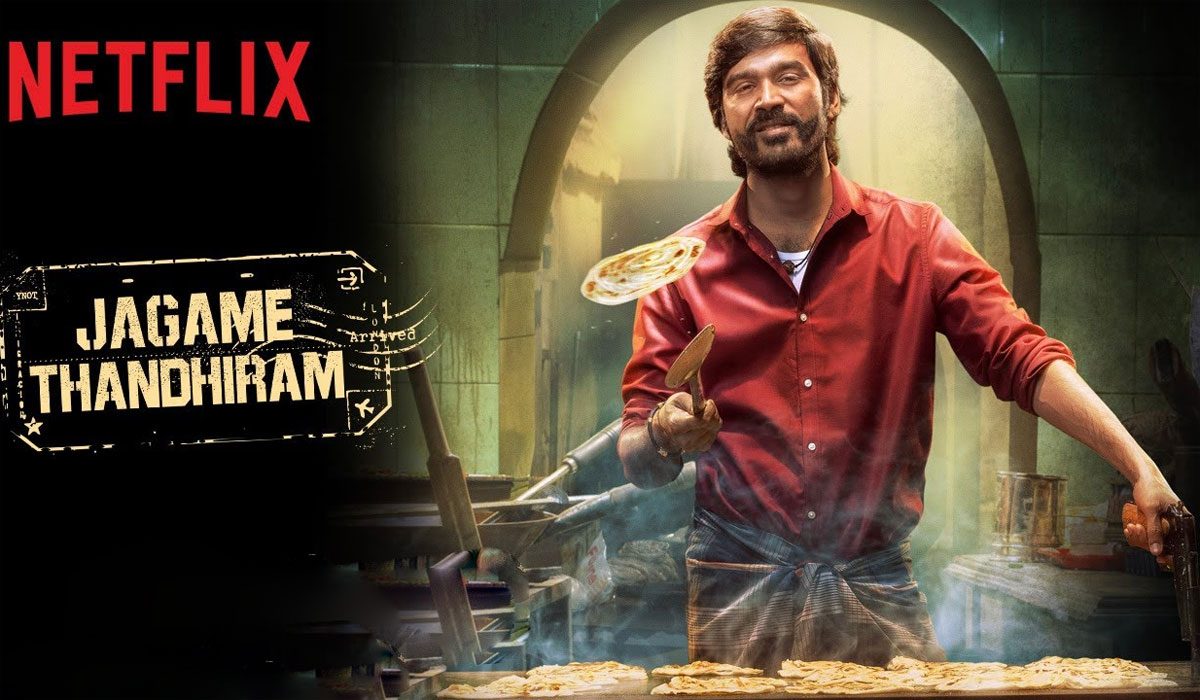 Telugu film industry is buzzing with activity with back to back releases and hits. But the neighboring Tamil industry is yet to get the steam. At this juncture, Dhanush’s Jagame Thandhiram surprised everyone by opting out of its theatrical release and is landing on Netflix. The teaser of the film is out a little while ago.

Dhanush plays a young lad, Suruli from a village who turns into a notorious gangster. The buildup for Suruli reveals the theme of the film through reactions to him becoming a gangster from various people. There are people who were surprised and they were people who were dreading. It reflects his Suruli’s character as a funny but dangerous gangster. The teaser ends with Dhanush’s energetic mass steps for a mass beat in typical Tamizh mass style.

The teaser, as a whole appeals to the fans and target audience. But then, on one side, we may also get a feeling that Jagame Thandhiram may be more suited for a theatrical release. Probably, it is the case of commerce in arriving at the decision.

Its Telugu dubbed version, Jagame Tantram will also land on Netflix. Karthik Subbaraj has directed the film which is an action thriller and the music was composed by Santosh Narayanan. The film features Dhanush, Aishwarya Lekshmi and James Cosmo in lead roles, while Joju George and Kalaiyarasan portray supporting roles.