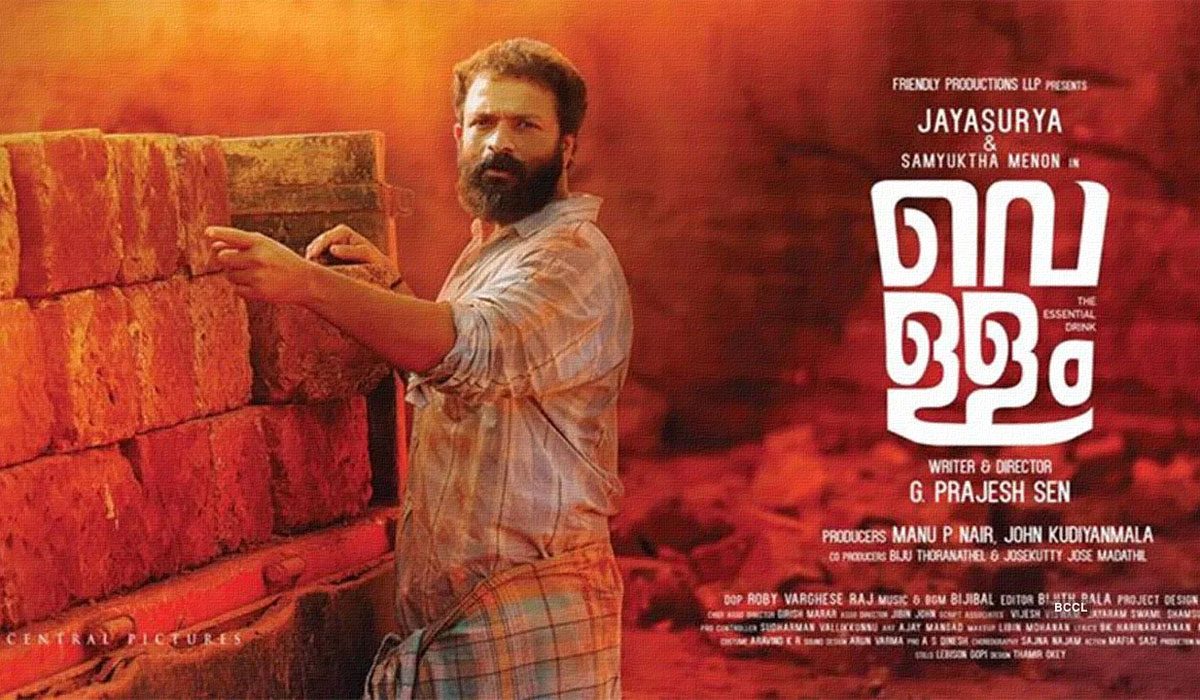 On January 22nd 2021, Jayasurya starrer Vellam: The Essential Drink dropped in theaters, making it the first Malayalam movie to drop in Kerala after the national-wide lockdown (due to the coronavirus pandemic) was declared. The biographical drama is now going to the digital streaming service – Olyflix for online viewing. Olyflix is a Video On Demand (VOD) streaming service and it releases Indian films to the international markets of US, Canada, U.K, Europe, Australia and Singapore.

This means that we will have to wait longer for the movie to release on an Indian OTT platform or a platform which streams films in India. But that will probably take some time, as Vellam: The Essential Drink is doing well in the Indian theaters and many critics and audience members have given their approval to watch the film. Manorama News (Malayalam News Media) reviewer has given the movie 4 out of 5, while IMDb and BookMyShow have given above 75% approval ratings as well.

The film is based on the true story of a man named Murali Kunnumpurath – an industrial businessman in Kerala. The film follows Murali (portrayed by Superstar Jayasurya) as we see him slowly becoming a burden for his family – due to his alcoholism. He lies, cheats and steals all for the sake of getting another bottle while he slowly sinks deeper into depression. The movie shows how one man climbed from the depths of depression & alcoholism and eventually turned his life around. The movie was written and directed by Prajesh Sen, who also provided the story as well as wrote the screenplay. Samyuktha Menon, Siddique, Santhosh Keezhattoor, Johny Antony, BalaShankar Venugopal and Sreelakshmi star in Vellam: The Essential Drink alongside Jayasurya.

Vellam: The Essential Drink will be available for online viewing on Olyflix on February 5th 2021 at 6AM IST for the above mentioned markets. For information regarding the Indian OTT market, follow us on twitter or here, on our website.