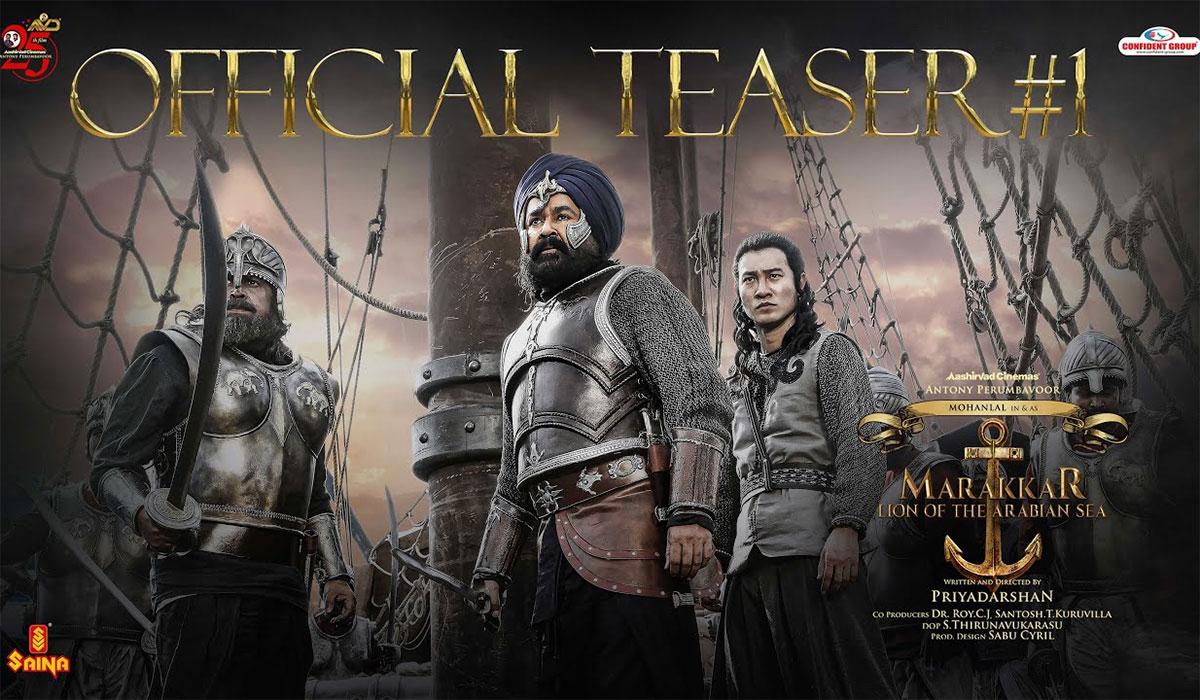 The first teaser for Marakkar: Arabikadalinte Simham showcases a grand cinematic spectacle, with mesmerizing scenes that will make you stop for a second at the wonderment of it all. More significant than anything else is Mohanlal’s look in the film – he presents the dashing image of a swashbuckling warrior, whom nothing and nobody can get the better of – a powerful, ferocious lion!

Marakkar: Arabikadalinte Simham tells the story of Kunjali Marakkar IV, the admiral of the naval fleet of the Zamorins, the rulers of erstwhile Malabar. Set in the 15th and 16th centuries, the story documents the bravery of Marakkar, who fought off the marauding forces of the Portuguese that invaded the Malabar time and again.

Marakkar IV was feared by the Portuguese and venerated by the Arab traders, who received his protection to carry on their trade in the Arabian Sea. Mohanlal looks explosive as Marakkar, and it is the bestest thing that the film is releasing in the theatres and not on OTT. If any film is worth watching on the big screen, Marakkar: Arabikadalinte Simham it is.

Marakkar: Arabikadalinte Simham releases in theatres on 2nd December. Have a look at the teaser of the film –