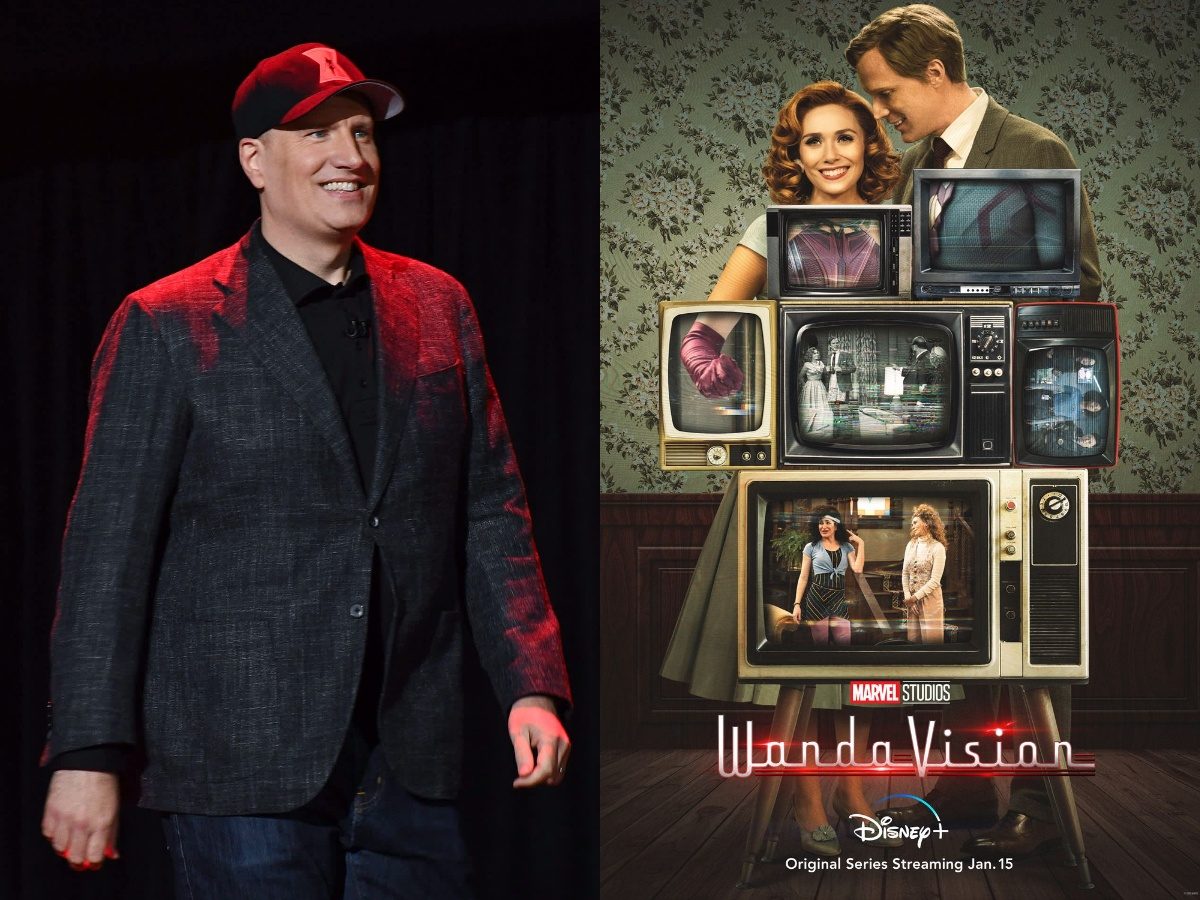 Five days away from WandaVision dropping on Disney+ Hotstar and the promotional hype for the upcoming Superhero television series just keeps on increasing. We just had another teaser trailer for WandaVision dropped (check it out at the bottom of the article) and we also had Kevin Feige (Marvel Studios’ President) talking all things Marvel in a press conference – which includes the upcoming web series that will kickstart Marvel Cinematic Universe’s (MCU) Phase Four.

In a recent (aforementioned) press conference which featured Marvel Studios’ head Kevin Feige, WandaVision showrunner Jac Schaeffer and most of the WandaVision cast – many fan questions were asked and answered. Some were known facts such as the first episode of WandaVision was shot in front of a live studio audience and Dick Van Dyke was consulted for the episode. Other information was new – like the advertisements featured in the television of WandaVision has small tidbits of information about the world around them, giving us all a glimpse into the alternate reality of the MCU.

Critics were also given an early glimpse into the MCU series – where they were shown three episodes. Nearly every critic who saw the episodes, have been singing praises about the series and have told fans that the series is well worth the wait. One recurring concept of the show, noticed by critics is that each episode will have a different style or theme – there will be one in black and white, one in front of a live studio audience (as mentioned earlier), one which is similar to recent sitcoms like How I Met Your Mother, etc.

Marvel’s will drop the first two episodes of WandaVision on December 15th 2021 on Disney+ Hotstar for the Indian audience.