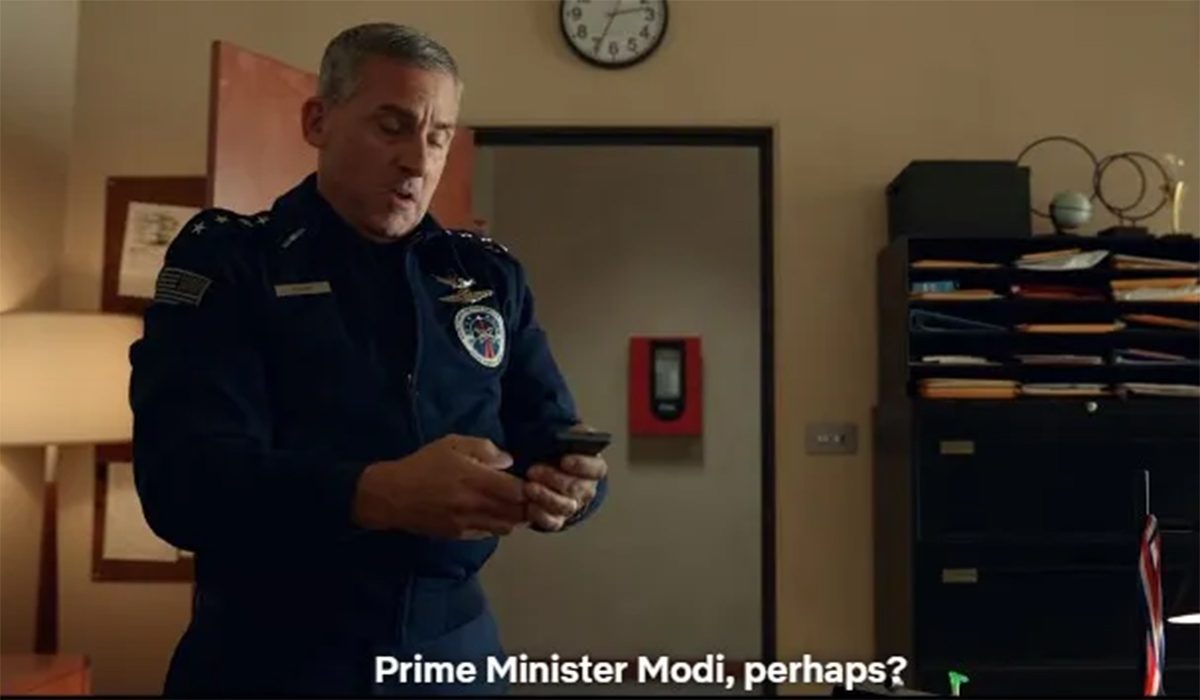 Netflix’s latest series Space Force, from the pair of Greg Daniels and Steve Carell, may not have hit bullseye in the universal appreciation stakes, but it does hit the right notes to make every Indian’s heart swell with pride. More specifically, episode 6 of the series.

Space Force centres on the space division of the US armed forces, called Space Force, newly formed at the behest of POTUS, President Trump. It has been created to make America great again even in the space realm, and put a man on the moon again.

Steve Carell plays the Space Force Chief, General Mark Naird, and John Malkovich plays his chief science advisor, Dr Adrian Mallory. In Episode 6 of the series, the pair is surprised to see on their screen that India has launched a rocket into space, using the advanced Pegasus Fin System that only the US is in possession of. The new development leaves them rattled and concerned – they’re lagging behind, and they know they will have hell to pay when the President finds out. Intelligence suggests that there must be a spy in the Space Force who’s passing secret information to the Indians.

The General and his chief science advisor snoop around to find the culprit. While going through the phone of the most likely suspect, General Naird comments, “Okay, let’s see who you’ve been feeding information to. Prime Minister Modi, perhaps?” So, just like that, out of the blue, PM Modi’s name gets a mention in the series!

Finally, when it becomes clear that there’s no mole in the organisation who’s giving out classified information to the Indians, the General admits, “Our intelligence now suggests India just beat us to the punch. So India was just smarter…” The admission certainly gives Indians a reason to be proud of.

Have a dekho at Space Force Episode 6, and tell us what you think of it. Space Force began streaming on Netflix from 29th May. Follow us on Google News