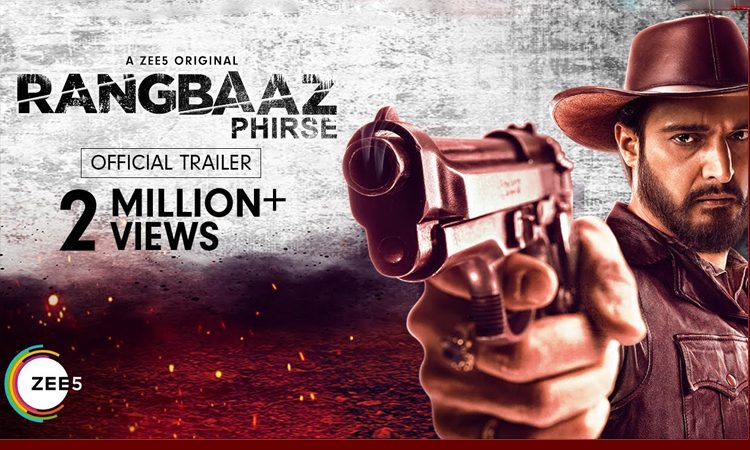 A new season of Rangbaaz is all set to enthral the audience who love power politics set in the Indian heartlands. The second season, named Rangbaaz Phir Se is back and with more firepower, literally.

ZEE5 has debuted the trailer of Rangbaaz Phir Se. It highlights the major characters, new setting and story of power. The last of the three what gives the connection to the original series. The ‘power struggle’, but this one is set in Rajasthan.

Once again, a fantastic ensemble cast has been put in place. Jimmy Sheirgill leads the troupe with actors like Sharad Kelkar, Gul Panag, Sushanth Singh, Mohammad Zeeshan Ayyub, and others in tow. It is an electrifying set of artists. All they need is the right content to explode.

Looking at the drama and action, it seems we are in for a thrill ride, no doubt. If it is as good as the original, there will be a lot of entertainment (in a serious way) in-store. The dialogues add to the hope.

Take a look at the trailer below. Rangbaaz Phir Se will premiere on December 20th on ZEE5 platform. Watch this space for further updates.