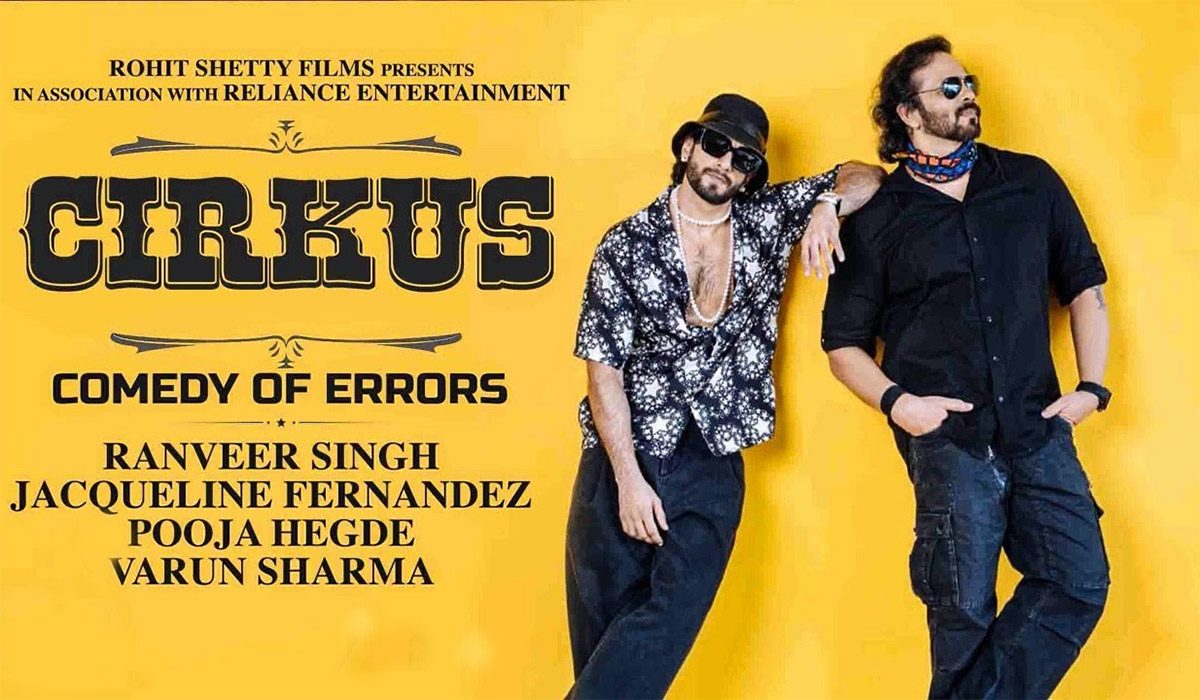 Rohit Shetty‘s highly anticipated comedy caper ‘Cirkus‘ has set a release date, much to the delight of comedy film buffs! The film will release in theatres on the last day of this year, that is on 31st December, 2021. Cirkus is much awaited by fans of lead actor Ranveer Singh, as it is the first time that the versatile actor will feature in a double role. That is reason enough for fans’ excitement for the film to hit the roof.

Cirkus features Jacqueline Fernandez and Pooja Hegde as the leading ladies, and Varun Sharma (Chhichhore) as the second male lead. Varun Sharma too plays a double role in the film. Cirkus is an adaptation of the 1982 comedy hit, Angoor, directed by the unparalleled Gulzar. Angoor featured Sanjeev Kumar and Deven Verma – both playing double roles. Ranveer Singh and Varun Sharma will reprise their roles in Cirkus, respectively.

Angoor itself was adapted from William Shakespeare’s comedy drama ‘A Comedy Of Errors’. Cirkus promises to be a madcap laugh riot, given Rohit Shetty’s last comedy film was Bol Bachchan, a hilarious remake of Amol Palekar’s Golmaal, with Shetty’s own take on the story.

The film releases in theatres on 31st December 2021. Stay tuned to Binged.com for fresh updates on Rohit Shetty’s Cirkus.