Home News Start Your Weekend on a Bang: Raja Ranguski, 100, the AAM Aadmi... 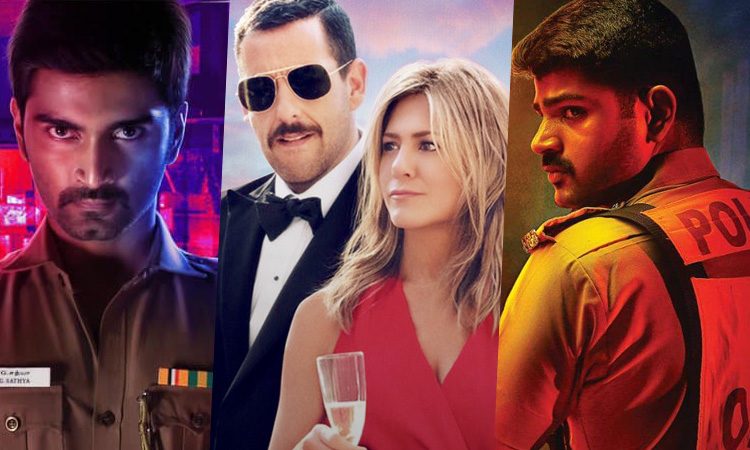 Some thrills, some frills, some humour and entertainment! Well, if that’s your plan as you head towards the weekend, our recommendations are surely going to catch your fascination. We pick the best across various languages and platforms to make sure that the time you spend on the streaming space is worthy enough.

Raja Ranguski, directed by Dharani Dharan, featuring Shirish Sharavanan and Chandini Tamilarasan in the lead, is an interesting story of how a prank call from Raja, a police constable to woo his romantic interest Ranguski, wreaks havoc in his life. The film is a crime thriller that takes several interesting turns to arrive at a conclusion. Despite not many recognisable actors, Raja Ranguski makes for an interesting viewing experience.

Starring Atharvaa and Hansika Motwani in key roles, 100 is a premise of an upright cop with a love for adventure and investigation, who gets posted in a control room. Dissatisfied with his role, however, he realises that a call received by his girlfriend, who works at the call centre, could lead him to the men behind the kidnap of a young boy. Directed by Sam Anton, the film has several twists to keep you intrigued despite its slapstick narration

The five-episode series is about a middle-class family comprising Sharma, Madhu, Bobby, with very relatable situations in real life. The third season of the popular family produced by TVF has the right dose of humour and emotion to make for a decent watch with near and dear. Not as impressive as TVF’s Kota, but this family has its moments to impress you.

This Adam Sandler-starrer isn’t only among the most watched Netflix releases of all time, but also is wackily entertaining as long it lasts. Revolving around a cop and his wife’s attempt to revive their marriage at a vacation, a shocking turn of events have them being framed in a murder charge of a billionaire businessman. How do they come out of this trap?