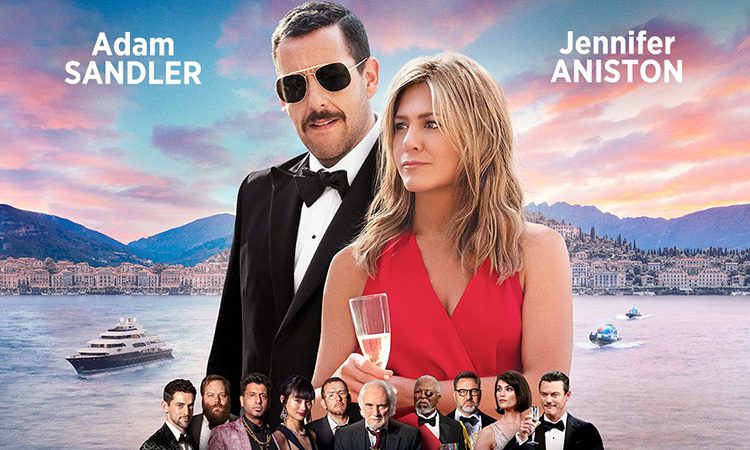 If you’re an Adam Sandler fan and have shamelessly liked most of his work because they’ve been largely entertaining, you might be disappointed with his latest offering, Agatha Christie-style whodunit comedy Murder Mystery, which drowns in its own mediocrity.

Sandler and Aniston play Nick and Audrey, who’ve been married for 15 years but aren’t quite happy like most common day relationships. As their 15th anniversary gift, Nick promises Audrey to take her on a European vacation and she just hopes he doesn’t have to be reminded. Their trip turns out to be far more adventurous, courtesy an accidental meeting with Charles Cavendish, a viscount who invites them to join his private party on a yacht which belongs to his billionaire uncle. The party includes some really high-profile guests and when each one ends up dying mysteriously; Audrey and Nick become the prime suspects. 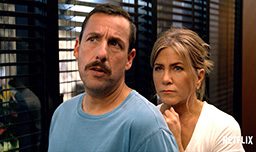 Having worked together in so many memorable films together, Sandler and Aniston share unbelievably warm chemistry and that wonderfully reflects in their performances. Both of them have played similar roles countless times before and as the not-so-perfect but ultimately-in-love couple they shine together on screen and it’s a treat to watch them.

If not for them, the film has nothing promising to offer in terms of performances from the rest of the ensemble cast. Take out Sandler and Aniston, the film has absolutely no redeeming factor and doesn’t even really warrant a watch.

As a whodunit comedy, the film never takes you by surprise and the twists fall flat when Nick and Audrey decide to work together to catch the killer. Cut from the same cloth as films such as Clue, Murder on the Orient Express, Murder Mystery neither has the seriousness of a whodunit thriller nor the fizz to work as a comedy. Except for some genuinely funny moments between the lead parts, thanks to their camaraderie, the film mostly feels flat.

What really makes this whodunit thriller underwhelming is the fact that the film is never about the mystery but mostly about the squabble of a middle-aged couple who can’t find peace with themselves. It could’ve been a really smart comedy about a wannabe detective and wife coming together to solve a crime while fixing problems in their own relationship. Alas, it ends up as a middling film about bad couple goals and series of murders. 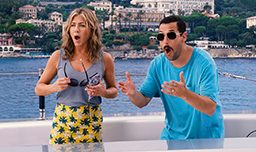 Instead of spending time on this movie, it’d make sense to revisit some of the better films that have featured Sandler and Aniston together. From click to You Don’t Mess with Zohan and Just Go With It, you could literally pick any film and watch and not get bored. Murder Mystery is definitely not one of those films you’d want to revisit.