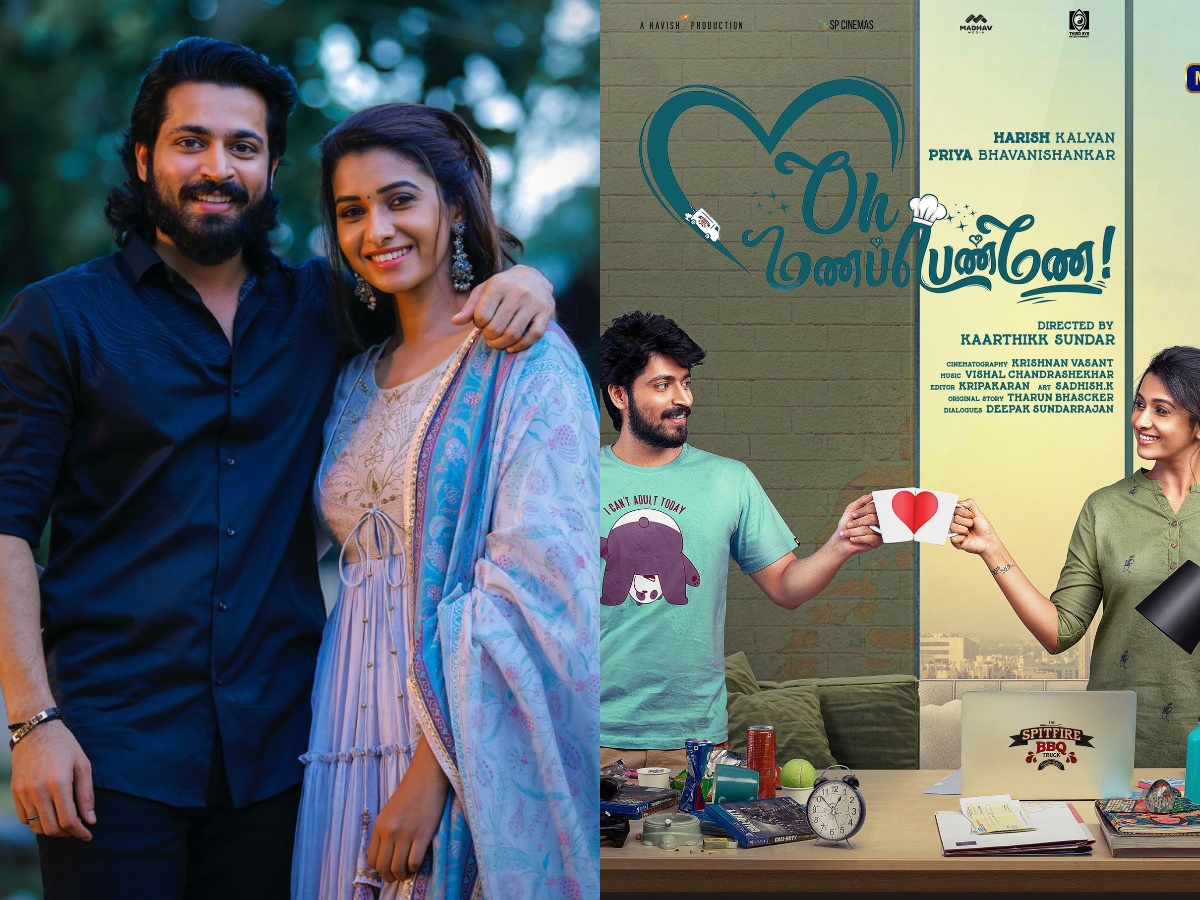 ‘Oh Manapenne’ stars Harish Kalyan and Priya Bhavani Shankar in the lead roles. Kaarthikk Sundar has directed the film in his directorial debut, from a script written by Deepak Sundarrajan. ‘Oh Manapenne’ is the official remake of the 2016 Telugu hit ‘Pelli Choopulu’, directed by Tharun Bhascker and starring Vijay Deverakonda and Ritu Varma in the lead roles.

The story of ‘Oh Manapenne’ centres on a young man who aspires to be a chef but his father is dead against the idea. He meets a girl through a mistaken matchmaking error, who is also disappointed with her father’s attitude towards her business skills. The two get together to start a food truck, which turns out to be a smashing success. The narrative has all the elements of a likeable film – humour, emotion, drama and romance.

‘Pelli Choopulu’ has also been remade in Hindi as ‘Mitron’ and in Malayalam as ‘Vijay Superum Pournamiyum’.

‘Oh Manapenne’ premieres on Disney Plus Hotstar on 22nd October. Follow us on Google News