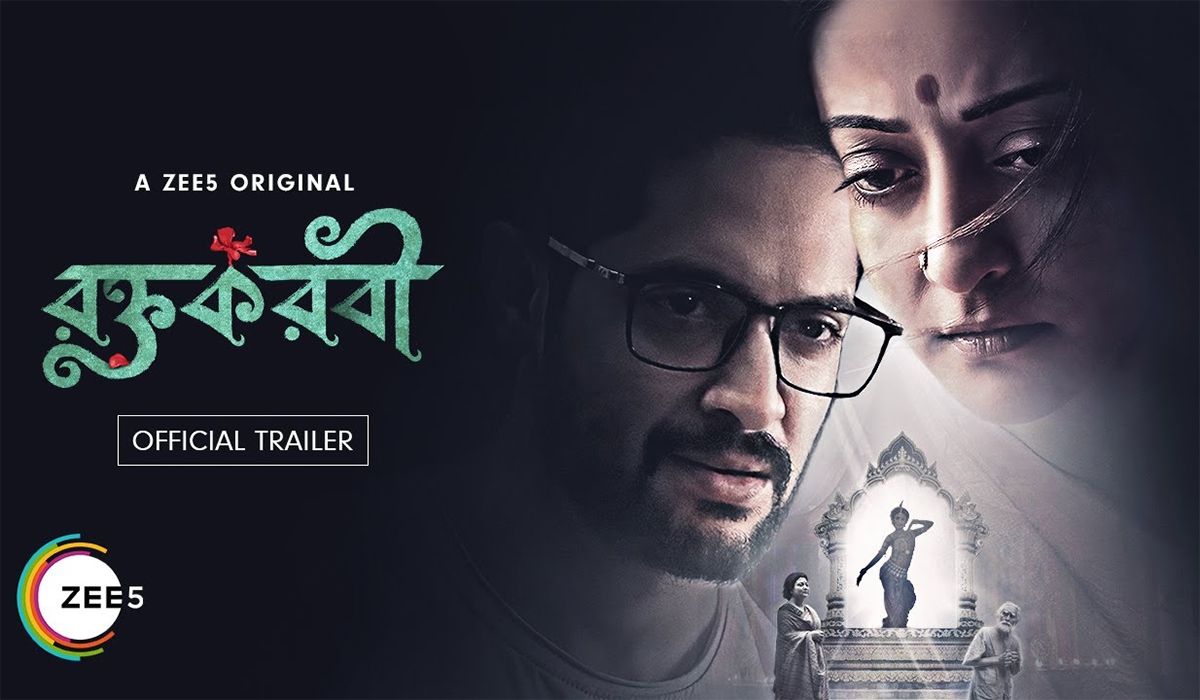 The official trailer for a new Bengali web series ‘Rokto Korobi‘ is out now. Roktokorobi is a psychological thriller and it will be premiering on Zee5 on the 3rd of February this year.

It is created by Sahana Dutta and directed by Sayantan Ghoshal. The movie stars Raima Sen and Vikram Chatterjee in the lead roles. It has actors like Tulika Basu, Haridas Chatterjee, Shantilal Mukherjee, Laboni Sarkar, Bhaswar Chatterjee in other important roles. Vikram Chatterjee made his OTT debut with ‘Pobitro Puppies’ and audiences loved his performance there. His last project ‘Rudrabinar Abhishaap’ was a suspense thriller too. Raima Sen has already made quite a name with her Bollywood performances as well as the Bengali series ‘Hello’ which was popular outside Bengal too. This will be the first time they will be working together.

Rokto Korobi is the tale of a dysfunctional family that hides too many secrets and Vikram Chaterjee plays a psychologist. He tries to unravel the secrets of the Mukherjee family. There is a murder in the family and Vikram’s character starts investigating the case. Raima’s character starts hallucinating and it troubles all other family members.

Rokto Korobi is a Zee5 original and one of the other series that are also announced by Zee5 with Roktokorobi. One of them is ‘Shwetkali’ and it will be directed by Sunny Ghosh.

If you are a fan of suspense thrillers and also of Bengali content, you would be happy to watch this series. Rokto Korobi looks very aesthetic and impressive even after being quite simplistic in execution. We will have to wait to see how well the makers have been able to create suspense in the thriller.