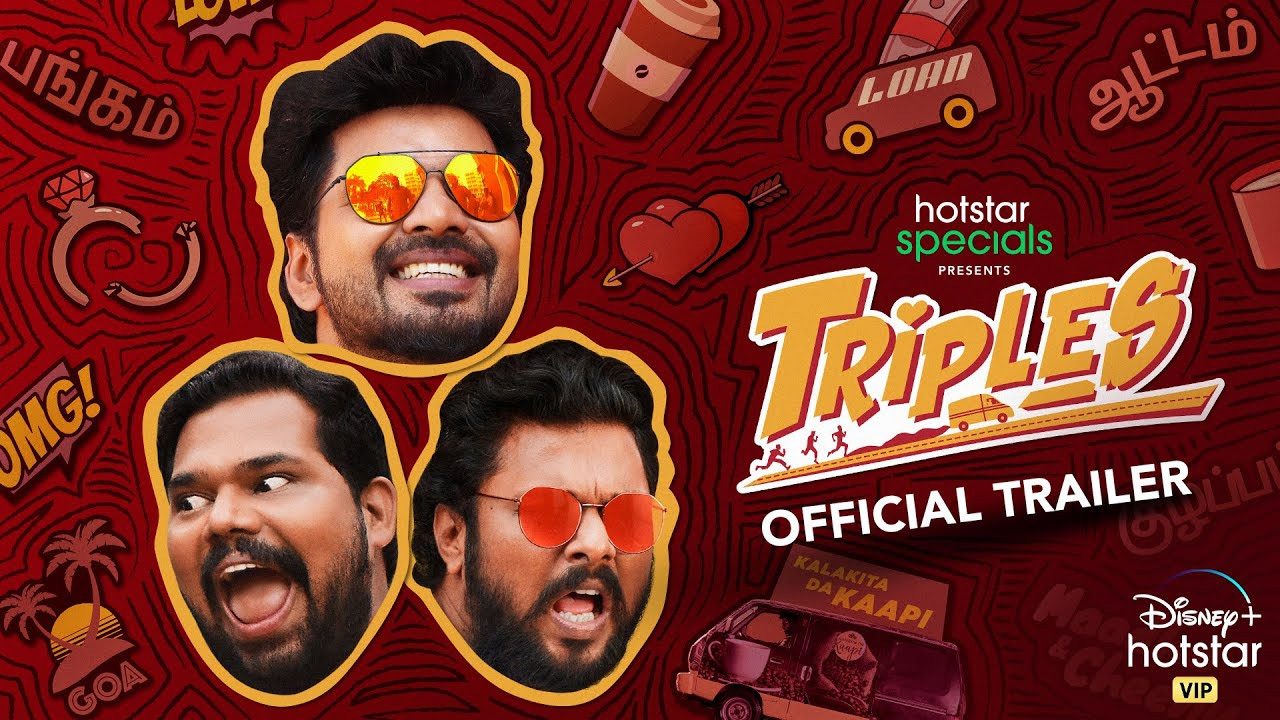 Triples starring Jai Sampath and Vani Bhojan is the latest web series of the leading OTT Platform, Disney + Hotstar. The web series will have eight episodes and is all set to release on December 11th. The OTT Major had released the Trailer of the fun-filled web series.

Triples is the story of three friends – Ram, Maadhu, and Cheenu. They run a coffee shop and they run into trouble when they are in Goa for a holiday. Ram played by Jai seems to be a person who is confused about his love and marriage. As a result, several girls come into his life creating problems and his friends will share them. Jai seems to be apt for the film and does well. The artists who played his friends are also good. Jai and Vani look good as a pair. The concept is a time-tested one and going by the trailer, the web series carries decent promise provided the execution of the comedy of errors is good.

The web series is going to be available in seven languages – Hindi, Tamil, Telugu, Malayalam, Marathi, and Kannada. Debutant Charukesh directed the web series which is Kalyan Subramanian and presented by Karthik Subbaraj. Vishal Chandrashekhar has composed the music while Kalaiselvai Shivaji cranks the camera.