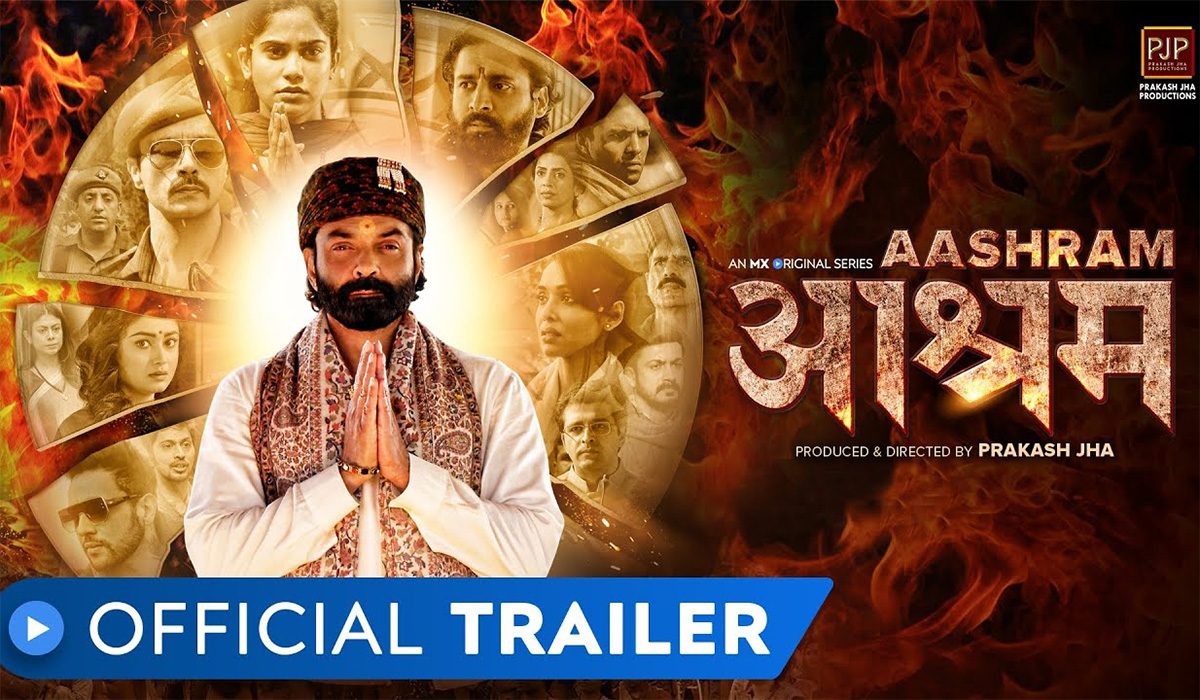 The trailer starts off with the phrase ‘Ek roop, Maha swaroop’ (which roughly translates to ‘He who encompasses all’) which is quickly followed by the repetition of the chant by dozens of people. The bone chilling fact is that they are using this hymn to describe their Saint, Baba Nirmala (brilliantly portrayed by Bobby Deol) as their God. This is immediately followed by Baba Nirmala chanting ‘Japnaam’ three times. Twenty seconds into the trailer, you know this is a Bobby Deol we have not seen before.

Baba Nirmala is a charismatic figure in the fictional city of Kashipur, where he is praised for creating an Aashram which helps the lower castes in the society to have a standing. He is greeted with much adulation by his followers and people regularly fall at his feet, asking for his blessing. His influence is far and wide-reaching, and because of his heavy influence, politicians flock to him, to either garner support from or influence him.

‘He’s not a Godman, he’s a conman’, is a phrase uttered by a woman halfway through the trailer, showing that there is something amiss about the whole situation. A skeleton of a woman is discovered in the forest area of Kashipur and this finding disrupts the peace in the city. You get a scene where women are being locked up in a cell underground the Aashram somewhere, with a monologue the same woman in the background, saying women who are found resisting are being suppressed. With the state elections coming up and the police investigation picking up, all roads inexplicably leads to one place- Baba Nirmala’s Aashram.

Aashram premiers on MX Player on 31st August. Have a sneak peak of the ‘new’ Bobby Deol in the trailer down below.