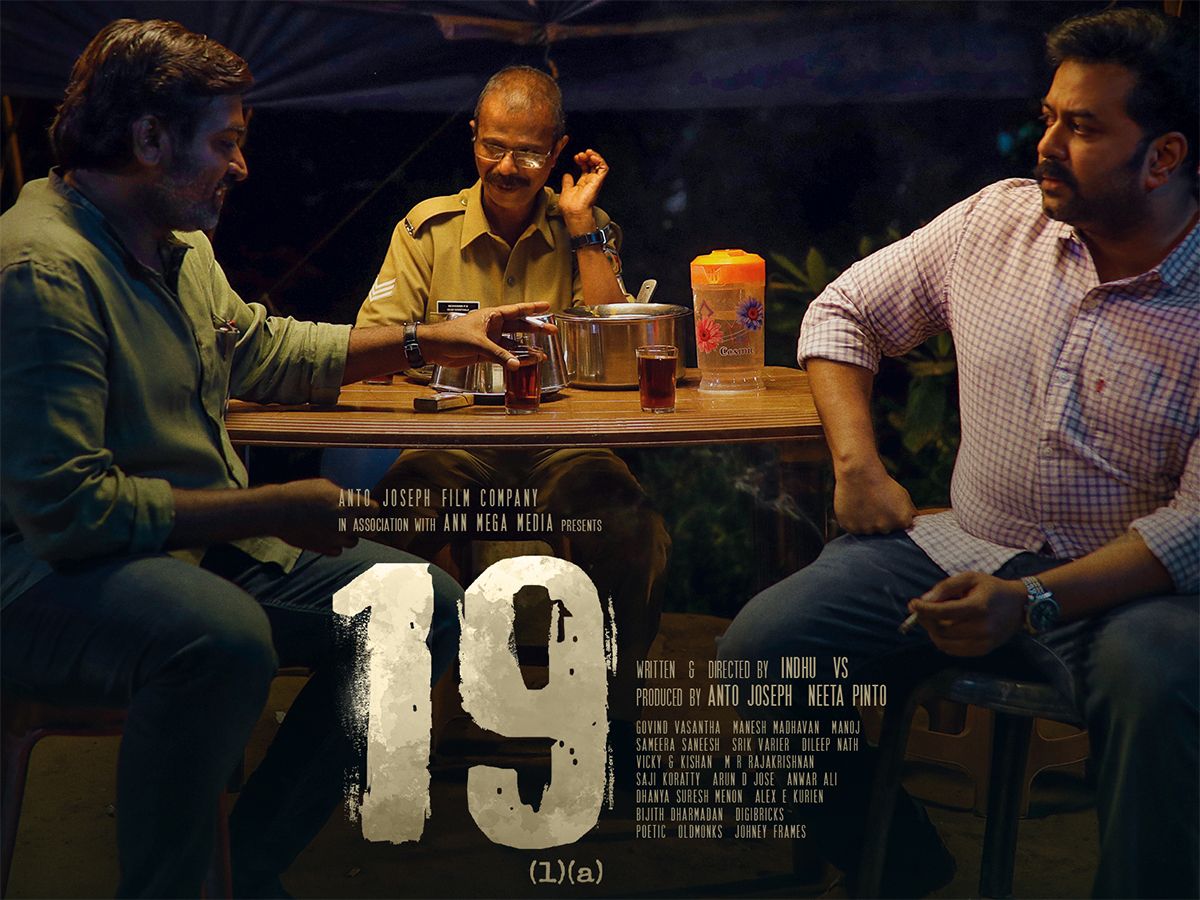 The film as evident from its title is a reflection of the constitutional fundamental right of Freedom of Speech and Expression : Article 19(1)(a). The film follows a revolutionary writer as he leaves the manuscript of his latest work of non-fiction with a woman who runs a photocopy shop. The film is the socio-political awakening of the woman as she starts seeing the writer and the world around her differently through his words. The film enlightens the importance of personal freedom of expression, words and political awakening.

Nithya Menen is the anchor and the only element that sells the film throughout its dragged and overstretched run-time of 108 minutes. She is poignant and real as the nameless, stuck in routine and visibly less rebellious woman who makes her living by running her widowed father’s photocopy shop. Her dialogue delivery is however jarring and quite unconvincing for a woman who lives in rural Kerala. Vijay Sethupathi is enigmatic and powerful as the revolutionary writer Gauri Shankar. He doesn’t have many scenes in the film, but his screen presence alone makes you feel and root for his rebellion solely because of how rooted he is in the role. One could make a spin-off on his character alone.

The initial scenes of the film reflect Nithya Menen’s (she has no name in the film) mundane and routine life where she takes care of her widowed and depressed father while also running his photocopy shop. She has shut doors on her career and ambitions and is quite fine with her life. The film’s writing takes more than enough time to establish her world and her character by introducing pointless characters and pointless stakes in her life.

The film takes its major turn as it introduces Vijay Sethupathi’s character named Gauri Shankar, who by no coincidence reminds all of us of slain journalist and writer Gauri Lankesh. It is his character that gives a purpose to the title of the film. A rebellious, upfront and courageous writer, who through his words and politics confronted extremist ideologies and thereby has always been a victim to assaults and threats. Gauri, an Ambedkarite by ideology is stubborn and doesn’t back down even when his friends and well-wishers ask him to. This leads to his assassination. However, he ends up leaving his last written work with Nithya’s character at her shop and it is this manuscript that changes her life.

The major drawback of the film is in the way it tries to establish Gauri Shankar’s character and make Nithya’s character’s evolution believable. Our protagonist learns about Gauri not through people who actually were a part of his life. She barely even has conversations with his near and dear. The audience on the other hand is force-fed with information from his publisher friend (Indrajith), sister and a police constable (Indrans) who is an admirer of his works. Nithya’s character is not named in the film evidently to show that she is a reflection of every politically unaware citizen of this country with no political enlightenment. But one cannot relate to Nithya’s character being so moved by Gauri – the writer even though she evidently tries to learn more about him. The writing introducing so many half baked supporting characters randomly with no real contribution to the story doesn’t help either.

The story gathers a bit of steam after more than an hour’s duration and doesn’t land anywhere even 10 minutes prior to its end credits. Situational albeit jarring songs are inserted in places where you least expect. One can understand that socio-political awakening can come from anywhere. But the development of this arc is very important especially when the film hints hardly towards being a political drama. The film clearly fails in doing so and ends up like an overstretched short-film that tries to be political. But like they say, noble intentions do not make a good film.

Indrajith who otherwise is a terrific actor is barely given anything to do in the film. One would wonder why an actor of his calibre is under-utilised to this extent. Indrans is another actor who barely has anything to do in the film. Athulya Ashadam who plays a friend and confidante to Nithya’s character is charming and believable as the girl-bestie anyone would love to hold on to. Srikant Murali plays the father and a potential father-daughter relationship in the film remains terribly under-utilised.

Indhu V.S has written and directed 19(1)(a). As a debut attempt one could praise the political clarity of the writer-director, but a lot could be done better with the film’s thread. Manesh Madhavan’s cinematography is endearing. Govind Vasantha’s music doesn’t really gel with the mood of the film and sticks out like a sore thumb.

Not really. But not terrible throughout either.