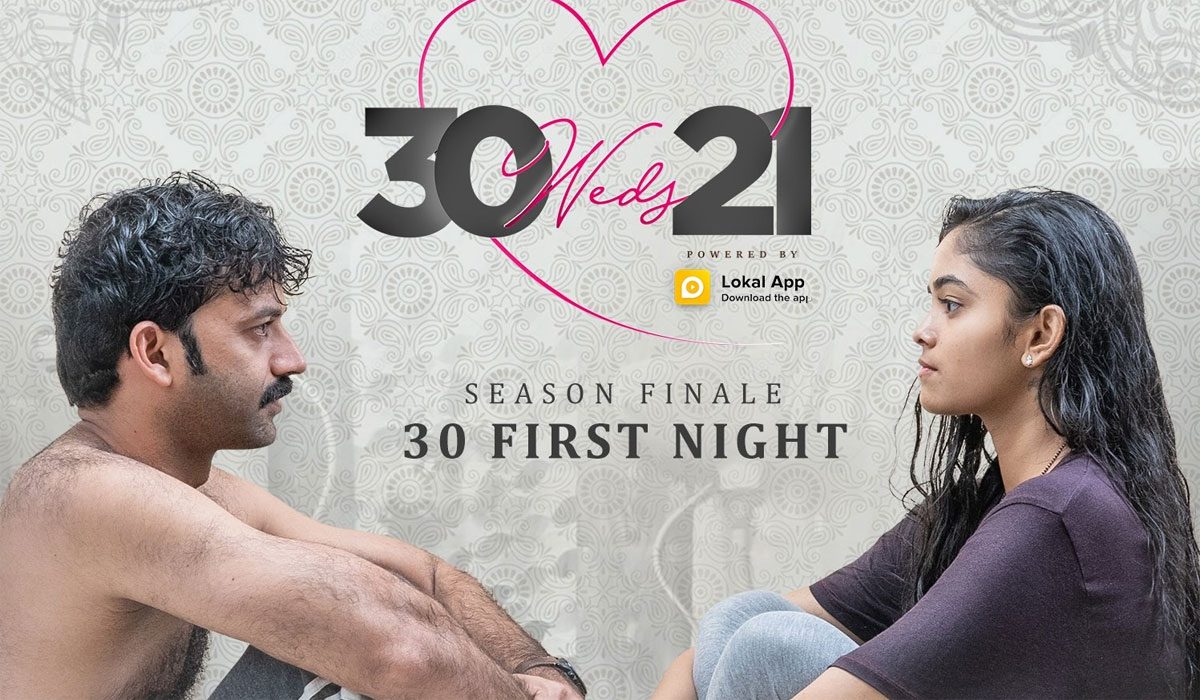 Prudhvi (Chaitanya), aged 30, marries Meghana (Ananya), a 21 years old girl. The entire story of 30 Weds 21 is about how they come to accept each other. What are the problems they face, and how they overcome them comprises the subplots. 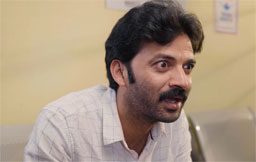 Chaitanya is a perfect fit for the character. If ever there was a good casting in Telugu OTT related content, then this is it. Just his presence sets things in motion.

Unfortunately, Chaitanya is plagued by weak characterisation. The opening episode is fine, but the way things progress makes him come across as lacking. It is more to do with the designing of the character and the writing than his acting. But, in the end, they impact how an actor performs, and that’s where Chaitanya loses out.

Prithvi Vanam directs 30 Weds 21. It is a simple plot concerning the age difference between a couple’s marriage. It has been dealt with before, but it always has scope for an upgrade, and that is what we get here.

The topic of marriage itself has multiple options for stories to explore. It is an evergreen subject, and many people have tried to create compelling stories out of it. The issue of ‘age gap’ and that too related to a software employee offers a lot of scope in that regard.

The opening episode is perfect in that aspect mentioned above. We get a glimpse of the immense potential it has to connect with the ‘current’ generation. It leaves us with positivity, and we expect more out of it. 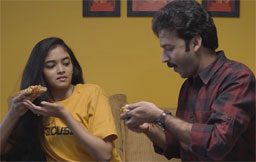 Unfortunately, it is downhill from the second episode. The story is stuck, and we don’t get any movement. But, that is not the primary concern. The lead actor characterisation essayed by Chaitanya becomes a significant issue as the series progresses.

The individual episodes too focus on trivial looking but critical issues. It is not a problem. But, the way they have been executed gives a ludicrous (in a silly way) impression. The depth in the ‘issue’ is missing. As a matter of fact, casual manner doesn’t gel well with severity at hand.

The seriousness increases a notch as the narrative progresses. The episode involving the ‘Boss’ wife is a good idea wise, but the way it’s executed and ended is weak. The perspective of ‘Meghana’ is not adequately explored and conveyed. But, when it comes to the ‘birthday’ sequence, we feel the pain. It is this unevenness in execution and narrative that never lets the premise soar to its full potential.

After a series of unimpressive and underwhelming episodes, the final one feels decent. It has more to do with a couple of dialogues and also the core issue. The husband is coming to terms with the age gap. It still could have been better explored, but a couple of dialogues strike the chord given what we have. If not for them, it would have been a much worse experience.

Overall, 30 Weds 21 has good casting and decent writing (entertainment-wise), but it fails to leave an impact. However, it is a passable watch if you love the coming of age genre with marriage as the backdrop. 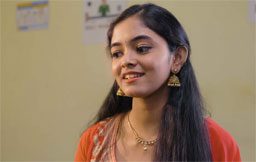 Ananya as Meghana is a good choice for the female lead. Her physicality lends to the ‘age difference’ plot. She does well in whatever is given to her. However, she, too, is a victim of poor characterisation.

The rest of the parts have been well cast, including the father, the neighbour friend, the colleague, and the manager. They don’t display exemplary acting skills but convey the needed with good timing and conviction. Mahendar, especially, stand out among them, and Veerabhadram, as the father, is right with his old-school timing (Jandhyala-style).

The music and background score by Jose Jimmy is in sync with the overall narrative of the series. The key here is the ‘timing’ of particular phrase and words, which generates fun. The cinematography (also DI) by Pratyakhsh Raju is alright. The editing by Tarak Sai Prathik is fine, in parts. The writing by Manoj P is okay when it matters. Most of the narrative, however, is filled with silly comic rhetoric.