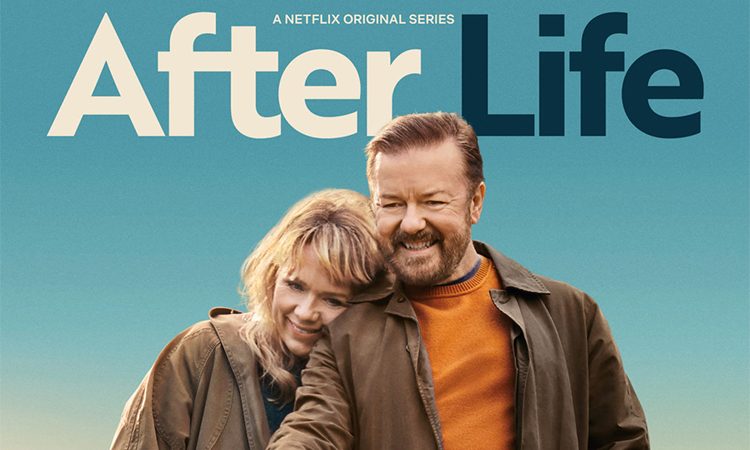 BOTTOM LINE: Uneven And Weaker Follow-up, With A Satisfying End

The second season of After Life takes off from its left. Tony (Ricky Gervais) is still grieving husband. After understanding how people are considerate towards him (in the first season), Tony takes the next step of trying to move on in life.  Is he able to do that is where the series takes us? 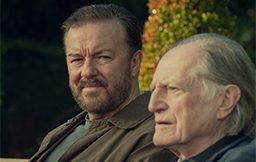 Having played the character to perfection, which itself is modelled on his regular style, Ricky Gervais continues to romp along in his usual style. The problems, if at all, are the same as before, that is related to his act.

The dry humour and black humour with extremely subtlety might not be everyone’s cup of tea. It if works, there is a lot of that in the store. It is the primary engaging aspect of the whole narrative (apart from the writing).

Ricky Gervais, not only acts but also writes and directs the series. As he knows the world of After Life inside out, he comes up with constantly surprising scenarios in the narrative that are a blend of fun and emotion. It is what made the series a winner in the first season.

The same formula is recreated in the second season. However, by the nature of it – a recreation is not as engaging as the first outing. It is seen before, the surprises, usually, cease to exist or fail to create the same impact. The dose has to be increased to reach the expectation, and that’s where things take a turn for good or bad.

An overdose could seem like overall, and the sameness could make the proceedings seems repetitive, and monotonous in the second round. After Life season two is closer to repetitiveness than being overdone. Some moments seem to go latterly, but grounded emotions immediately follow them.

The dark comedy aspects are where things are a little overdone. Different current ‘woke’ issues get addressed throughout. The psychiatrist session is a prime example of that aspect. And there is a higher percentage of crudity in the jokes, the language in particular. However, they don’t make the narrative jarring as the regular continuation of the emotional graph is neatly done.

The writer appears a bit thin in the second season comparatively, though. There are many emotional moments which don’t register in the way ought to. And also, since we know more about the lead character, now, some of the actions appear predictable and formulaic, if one were to be harsh.

The initial few episodes, therefore, seem not that impressive. If you feel like dozing off in between, it won’t be a surprise. It is towards the end that After Life season 2 regains the momentum and emotional spark of the first one. From the death of one of the critical passive characters, until the end, there is a proper flow of emotion.

The climax ends the whole thing perfectly. The screenplay is neatly built towards that moment which is sure to leave one moist-eyed briefly.

Overall, the second season of After Life opens weaker than the first for sure. However, the last few episodes make up for it with an emotional ending. It is a must-watch for people grappling with depression, and a worth watch for others, who don’t mind the slow pace and the topic. 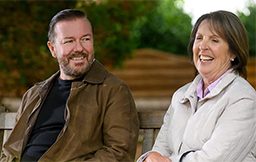 The same team from the first is repeated here as well with a few additions. Ashley Jensen, Joe Wilkinson, Roisin Conaty are superb reprising their parts. They emanate the needed warmth the narrative needs to breathe. It is these characters along with the one essayed by Penelope Wilton (not as impactful as season one) that makes the series watchable and not entirely depressing.

The music by Andy Burrows is calm and easy-going without any sense of hurriedness. There is also a feeling of melancholy thrown in, which gives the right effect overall. The cinematography by Martin Hawkins and editing by Jo Walker is fine.

A couple of Sub-plots