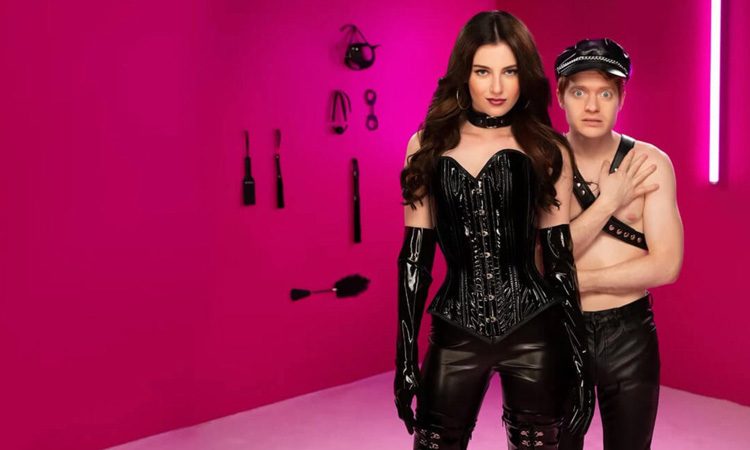 Bonding is a simple tale of friendship between Tiff (Zoe Levin) and Pete (Brendon Scannell). How they become partners through work and then separate and come together again is what it is all about?

There is nothing heavy duty or big sweeping emotional moments to recount. The whole thing is done in a light-hearted manner with a dash of awkwardness thrown around. The pitching and combination of those elements are perfect which makes the character instantly likeable and develop a connection.

Bonding is in a similar space as ‘Special’ another Netflix original series that came out recently. It is not about the characters or the story rather the length. However, unlike Special, where we felt the run-time undid the good work, here in Bonding it looks correct for the content it has to offer.

Rightor Doyle keeps the narrative to the point and ticking without too much waste. The world building is not that effective as a result, but the shock value of the world that is taken makes up for it.

We have to remember at the outset that, Bonding is not a realistic portrayal of the world the makers have picked. It is used as just another backdrop to create unique and funny situations, and that’s it. There is no serious exploration apart from a hint at the end of the danger.

Rightor Doyle successfully manages to infuse the narrative with a fun and fresh vibe. The characters are relatable, and the awkwardness of the setup is neatly drawn out despite limited time. The smaller and simpler arcs are well rounded up despite the sheer predictability story wise.

Overall, excellent casting, neat writing and setting provide Bonding enough moments to engage. Sure, the whole thing could have been edgier, but that doesn’t seem to be the attempt here which is clear from the opening act. Once that is tuned in, we willingly partake in the journey of the characters and that is a job well done. For a fluffy piece Bonding is entertaining mostly.

Zoe Levi is presented as a tough brat on the outside with a soft soul inside kind of girl, and she nails it. The actress has good chemistry with all the actors irrespective of the screen time she shares with them. Micah Stock starts unremarkably but gets better as the focus shifts on him mid-way. The first date sequence, for example, is engaging as much as due to him as it is for Zoe. Theo Stockman has a smaller part but is nonetheless elegant. D’Arcy Carden gets a hilarious character, and she shines. The rest is okay for the roles that are given to them.

Adam Crystal’s music is alright. It goes with the flow and keeps the proceedings lively. The cinematography by Nate Hurtsellers is in sync with the outlandish yet dark nature of the script. At times it appears too bright, but besides that, the work gives a crisp and fresh tone to the narrative. The editing by Patrick Lawrence is crisp. The whole thing gets over in a jiffy with no rough edges overall. The writing by Rightor Doyle is sufficient to keep things entertaining without going overboard or being too underwhelming.