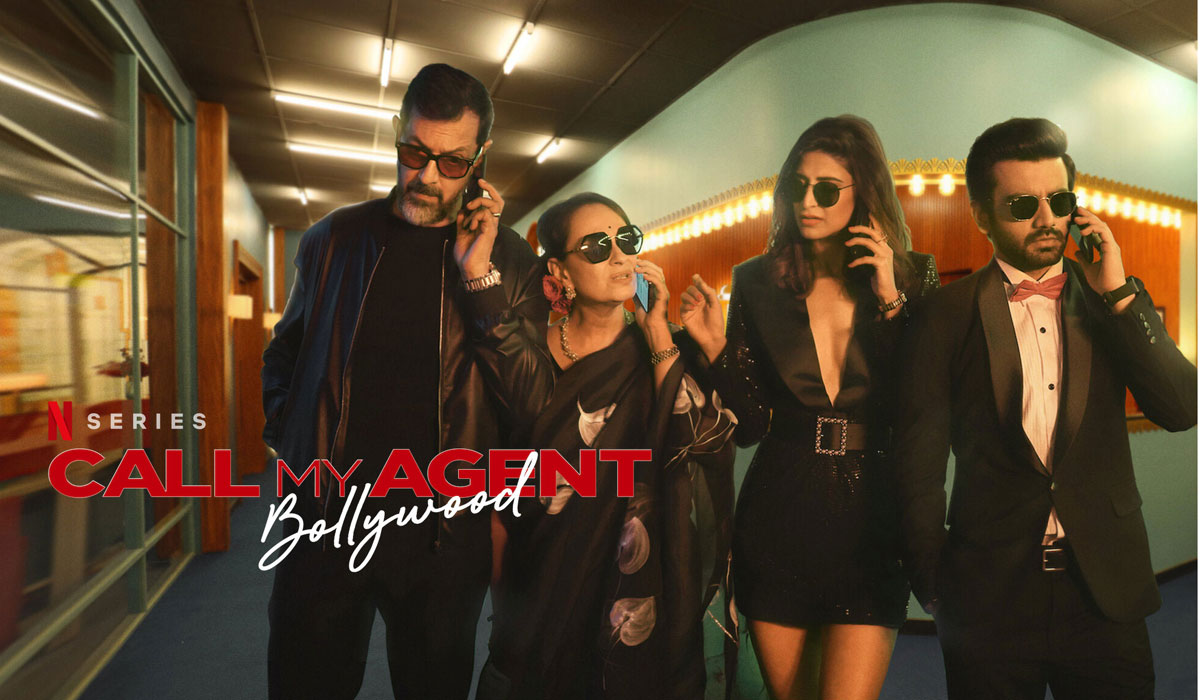 Netflix’s Indian remake of its French original ‘Call My Agent’ is set in the backdrop of a Bollywood celeb management agency called ART. The narrative showcases the inner workings of Bollywood, from the perspective of the agents that handle contracts and wheedle film assignments for all kinds of actors – big, small, buzzy or have-beens. When an unlikely crisis threatens the very existence of the agency, the team must rally to hold it together.

Call My Agent: Bollywood is produced by Applause Entertainment, alongside Banijay Asia; and directed by Shaad Ali.

Rajat Kapoor is the best of the sizeable ensemble cast. He keeps the viewer guessing his motives with his portrayal of the sometimes edgy, sometimes sensitive character of Monty Behl, one of the oldest agents at ART. Soni Razdan’s Treasa Mathews is the other veteran agent in the company. The actress is in fine form in the role. The younger brigade, of Ahana Kumra as the hot-headed Amal, and Ayush Mehra as the good-hearted Bawa, Mehershad, are effective in their roles.

More than the established artists, it is the newbie artists that walk away with all the acting accolades. Especially good are Radhika Seth as Amal’s assistant Nia, and Rohan Joshi as the baby-faced Jignesh. Suchitra Pillai is stylish as ever. The rest of the cast lends adequate support.

The star cameos are fun to watch. None is natural, and all are quite loud, over-the-top and nothing like their real selves, be it Lara Dutta, Nandita Das, Lillete Dubey, Ila Arun, Sarika and Akshara Hasaan, Ali Fazal or Richa Chadha. Jackie Shroff’s cameo is the most entertaining, while Dia Mirza and Tigmanshu Dhulia’s cameos are the only ones that are somewhat natural and realistic.

Let us tell you at the very beginning — Call My Agent: Bollywood is a scene by scene remake of the French original. So if you’ve seen the latter on Netflix, then you might perhaps find its desi remake cringey and contrived.

Almost every scene is a ditto copy of the original, except that the Indian remake alters certain elements in the French version to suit Indian sensibilities. Horse-riding becomes Kerala martial arts form ‘Kalaripayattu’, and a Quentin Tarantino film becomes a superhero film in the Hindi version. The setting, in a grand office space in the heart of town, is glitzy and grandiose. Viewers are constantly treated to majestic glimpses of the imposing Victoria Terminus edifice.

Which is all very good, but what’s with the garish colours for the interiors of the office? Several long-drawn sequences also suffer from the same fate – the surroundings, even the faces of the characters, are bathed in unnatural pink and blue light, which makes watching those sequences an eyesore. By the time you finish watching the entire 6-episode runtime, you are certain to have a splitting headache and specks of lights dancing before your eyes with watching all those kitschy frames.

Call My Agent: Bollywood is embellished with mostly unimaginative writing and cringeworthy dialogue. The humour is pedestrian and the jokes, flat. The lesbian angle is laughably one-note. Amal stalking Jasleen (Anuschka Sawhney), the new auditor looking into the company’s affairs, is artificial and contrived.

The original had a person of colour (read, black female) as the receptionist of the agency, who’s also an aspiring actress. To maintain the streak, the Indian version has a receptionist who’s — take a guess — a stereotypical girl from the North East! How inventive, ha ha!

Most situational tracks in Call My Agent: Bollywood feel unreal, unrelatable and stick out like a sore thumb. The series is as far from the actual workings of Bollywood as the Tundra is from the Savannah.

Director of Photography Sunita Radia’s psychedelic frames are an eyeful and an eyesore. A lot of shots do not belong in a series on a platform of Netflix’s calibre. Pranaay Roy’s background score and song compositions are nothing to write home about.

The star cameos are fun, even if contrived

Few of the performances

Almost everything about the show is a drawback – the script, dialogue, camerawork, music, humour, everything!

Only for those who’ve not watched the original, and never will