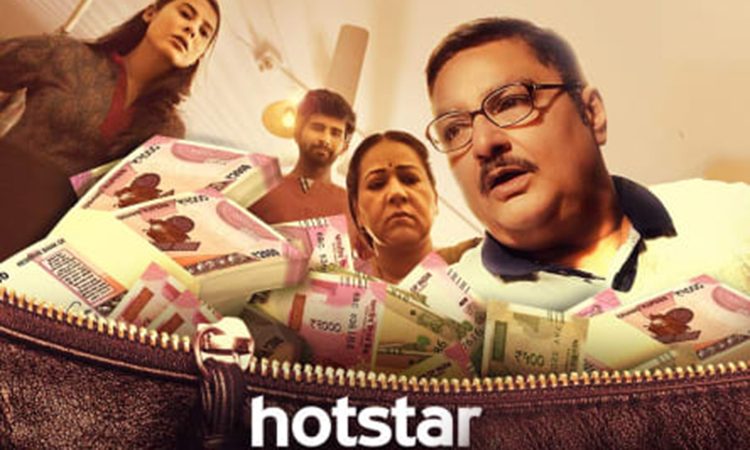 The Maharashtrian family, the Gupchups are colourful characters akin to those in any desi middle-class household. There’s an elderly grandfather who enjoys solving puzzles in newspapers and doles out wisdom quotes, anecdotes from his life like he’s carrying them in a bag. His retired son, a miserly political worker Sharad claims to be a man of dignity and the disciplinarian in the house.

There’s a wayward son, Shubham, in his mid-20s whose interest lies in photography but hasn’t found his feet yet. His sister Ketaki is the breadwinner of the family, often considering that as a burden than a duty. The mother Vaishali tries to be the bridge between the warring son and the father. What happens when the family unearths a bag full of Rs 5 crores in their journey to a temple? Monetary greed can indeed bring out the worst in a person and the film tells you why.

Vinay Pathak is the true star of the film that he shoulders to perfection. If you need to name any work after Bheja Fry and Made in Heaven that has explored his strengths and persona to his advantage, it has got to be Chappad Phaad Ke. His transition from being a good-natured veteran to the power-hungry leader who doesn’t mind deceiving his children appears effortless. His comic timing is sparkling but his range shows more in his portions of grey. Ayesha Raza sleepwalks through the role of a middle-aged woman with a wicked sense of humour, something that comes to her quite naturally. 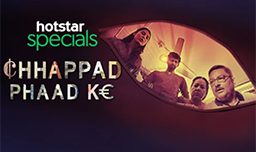 Sheetal Thakur and Siddharth Menon get well-fleshed out roles to explore their acting chops and they stand up to the august actor counterparts with impressive confidence. The actor who plays the loveable grandfather, the cheeky cop who conveys his ideas with a mysterious pair of eyes, are aptly cast too.

Chappad Phaad Ke is indeed the biggest surprise among the flurry of releases set for October 18. Coming with little hype, the film is a superbly packaged effort with elements of dark humour, crime, drama and thrills. Set at a timeline where the country is swinging back to normalcy after the havoc called ‘demonetisation’, the film is a character study of an average common man, the hypocrisy when introduced to his darker side. The film is purposely told through the eyes of a 50s something man, who considers himself to be a torchbearer of dignity. His transformation for the worse is scary, even when you realise this is only fiction.

The middle-class-ness of the backdrop is the film’s major victory. Many sequences contribute to that. A father isn’t willing to bribe the municipality driver for throwing the garbage in his van. He points towards a repaired shoe to his family to explain their ‘aukaat’. The wife wants a fully automatic washing machine for daily use but the husband doesn’t feel he can afford it. When the father suddenly meets with an accident and has to undergo an operation, the family struggles to put together a sum of Rs 50000. The son doesn’t want to take the pressure of running the family and the daughter wants some breathing space.

They play by the rulebook of ethics and morals but aren’t rewarded much in return. Their inner demons are unleashed when a truckload of cash is at their disposal. Luxury becomes the need of the hour and morals take a backseat. Despite living under the same roof, money can make a monster out of a human, make them lie to their beloved, and personal ambition can score over togetherness. The humorous, satirical undertone of the film softens its attempt to uncover darker truths of the human psyche. 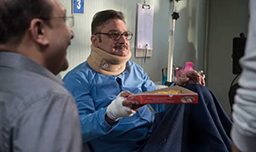 Impressively enough, the film doesn’t try too hard to preach these aspects but creates lively situations to discuss this interpretatively. The climax is one beautifully etched out sequence, structured like an antidote that redefines the priority of the characters. The film presents that dimension of your family that you wouldn’t want to acknowledge. Power politics, human drama, heartfelt humour, this has it all. The arresting narrative, the sharp performances culminate into a memorable film that leaves you wanting for more. Sameer Joshi, the director keeps the momentum of the film alive through its entirety.

The film is lively and nailbiting at the same time, thanks to its music score that comes with a touch of madness and one that manages to keep you on your toes. The cinematography presents the ordinariness and the two-sided nature of a middle-class family well. Besides their quirky world replete with their little joys, materialistic desires, the visuals are packed with interesting colour tones that reflect their behavioural patterns when consumed by greed. The writing is tight and layered, the editor does well to preserve that quality with the result too.

Too many coincidences
The overblown dramatic sequences