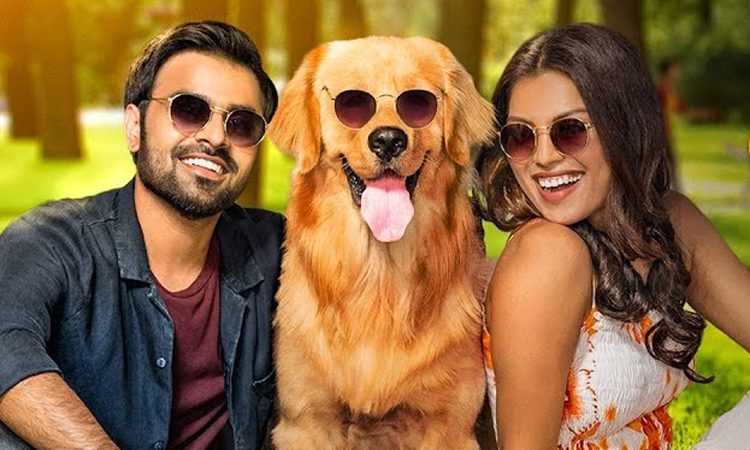 Three years after marriage, the urban couple Neel (Jitendra Kumar) and Sameera (Akanksha Thakur) are struggling to be together. Their life looks like a mess with no proper communication between them. How an orphan dog Cheesecake comes into their lives and changes it, is what the series is all about? 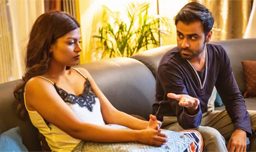 Jitendra Kumar as Neel is his usual self playing the authentic upper-middle-class guy with sometimes an urban appeal. The mannerisms, the loudness and silences, are all there and they are effectively used. Nothing is new, but it works, because he has that endearing quality.

The issue is one of the impacts, which is missing. It required a fresh character and better writing, and sadly that was missing. You watch the series and forget it and move on. It wasn’t the case with some of the earlier works where either the character or some scenes stayed with us long after the completion. It is, in essence, the problem with the entire series as well.

Palash Vaswani has a simple and predictable story at hand. Cheesecake, as mentioned previously, is a formulaic outing. Only, here the movie length is reduced into five parts to make a series. But, the core concept and emotional journey and arc remain the same.

Right from the beginning, we know what is in store. If one has seen the trailer, that would be even more obvious. There is no surprise at all as Cheesecake follows a predictable path with a lot of cheesy moments thrown in. On the positive side, it is those feel-good ‘cheesy’ sequences that make a mark. The presence of the dog is a massive redeeming factor.

Every episode has a small block that impresses but in a middling way. The first rant at the corporate culture, for example. Or the “Blank” scenes with the character of Mahesh Majrekar, the naming of dog and so on, are some sequences where things work. They have decent writing and contain the typical ‘feel good’ vibe of The Viral Fever Productions.

But, they are small parts, and the rest of the content around them is very clichéd. The writing tries its best to be funny and quirky, but it doesn’t work all the time.

The turn towards a sappy and melodramatic end is so contrived and exasperating. It leaves one with a feeling of ‘ugh’, in a disappointing sense. The expression comes more due to the high standard set by TVF. Anything below, which is happening recently, seem frustrating, given the effort that is being put to give something genuine to the audience.

In the case of Cheesecake, though, one gets a feeling that it was made for the heck of it. There is a fantastic talent at disposal, let’s make something instead of wasting time, appears to be the ideology behind the series. It has led to a substandard product.

At the end of the day, Cheesecake has some cheesy moments and fun parts that work involving the dog. Watch it if that is enough. But, overall nothing new is on offer content-wise. It is a poor outing coming from the TVF which boasts of some high-quality stuff in the Indian web space.

Akansha Thakur is superb playing the frustrated wife with a job in a multinational company. The workspace is only for background purpose with occasional comedy thrown in, but the real drama involves around the husband-wife struggle. She is right in the dramatic moments, matching the husband, and comes across sincere overall. Together, they portray a couple going through good and bad phase well.

Kumar Varun is hilarious playing a quirky supporting character to the leads. He steals most of the scenes that he is present. Devika Vatsa too impresses, but not at the same level. Besides the central lead pair and the supporting part, the rest appear in one or two episodes. Among them Mahesh Manjrekar was the best followed by Chandan Roy Sanyal and Ashwini Kalsekar. 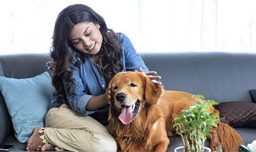 Anurag Saikia provides the original score for the series. It is decent, despite getting loud at times. The cinematography by Pooja S Gupte is alright. There is nothing remarkable or unique to add to the narrative. The editing by Prasanth Panda is okay. The writing by Palash Vaswani and Gautam Ved is adequate for the content they have in hand. It is the ‘content’ itself that is the problem.

Review by Siddartha ToletiFollow us on Google News