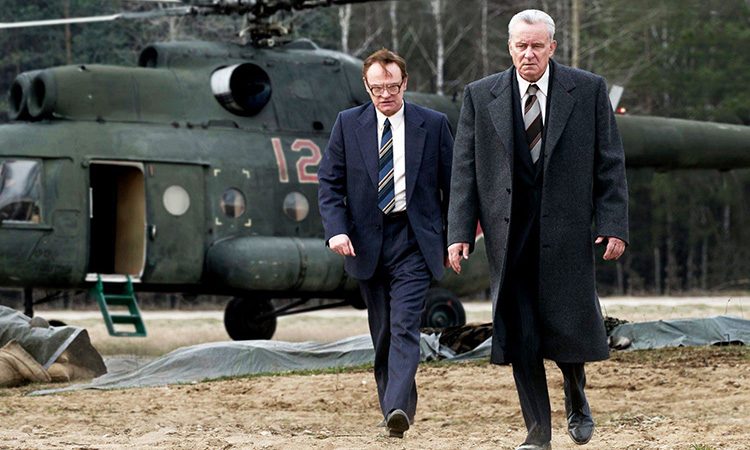 BOTTOM LINE: A Must Watch Masterpiece

Chernobyl is a historical drama recounting the horrific event of the nuclear disaster that occurred on April 26, 1986. What happened on the day and how any further major catastrophes were prevented through herculean military and civil effort? 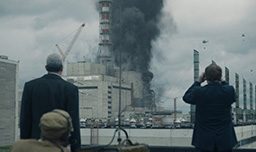 Jared Harris lives his role as Valery Legasov. He communicates the internal pain and struggles that the character is going through wonderfully. While it is a trait exhibited by all the artists, Jarred is the one carrying the symbolic weight of the lead and gets to deliver the speech that matters, in the end.

Chernobyl is an extraordinary work of drama that never loses focus and goes about its narrative in a slow but unrelenting manner. It might initially take time to set in, or the subject itself might appear too dry to give a try, but be assured, if you Chernobyl a chance, it will grip you like nothing else.

The five-episode series covers the various aspects related to the nuclear disaster in a masterful manner with a layered narration. The director Johan Renck keeps the whole thing as real as possible with all the technicalities in place but never veers into the boring territory where all we have to hear is scientific mumbo-jumbo.

The simple yet powerful writing by Craig Mazin without losing the scientific core to get across the point is the biggest asset of the series. Combine this with the terrific performances and casting for even the smallest of parts, Chernobyl is destined to greatness.

But most of all what stays with us is the fact that all of the significant incidents showcased in Chernobyl has happened in reality. It is horrific, and whenever that thought occurs to us looking at the proceedings and the actions arising, a cold chill is sure to pass through the spine.

Another vital aspect of Chernobyl is the lack of datedness. While it is an event that took place in the past, the way it is presented, the human mistakes, the government cover-up, the psychological turmoil, they are all so relatable and seem applicable to the current times as well.

The particular point about the ‘lies’ a government believes in and shoves on others as truth (which is their version), the whole thing happening structurally throughout the crucial institutions of the government is pertinent now more than ever. It is this kind of undercurrent thematic resonance with the present and timelessness sense created by the actions of the characters that make Chernobyl rise above from being an excellent attempt to a great one.

Leaving aside the historical angle, the drama itself is so riveting and nerve-rackingly shot that even with no understanding of the historical context, any viewer is sure to be sucked into the narrative. 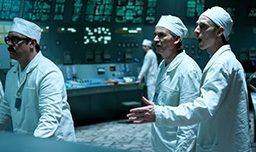 So, wait for nothing and watch Chernobyl as soon as possible. It is highly recommended and an ideal binge-watching series with five well shot tension-filled and emotionally balanced narrative.

Stellan Skarsgard and Emily Watson are the key supporting parts that take the narrative forward along with Jared Harris. The former plays a real-life character, whereas the latter is a fictional one created by bringing various scientists together to give ease and singularity of thoughts in the narrative. It is cinematic liberty that helps get across the point succinctly.

Both the actors have done an excellent job in portraying the emotions. In due course of the narrative, they bring out the helplessness born out of pursuing the truth in a well-organised system fantastically.

Besides these critical characters, there are several smaller parts all essayed brilliantly by the artists irrespective of their length of the roles. Paul Ritter, for example, won’t be easily forgotten. There are others too in a similar vein.

The background score of Chernobyl by Hildur captures the dark mood of the location extremely well. A sense of dread and fear is felt with the sound, and that is mighty impressive. The cinematography Jacob Ihre is raw and real. The music and the cinematography together make us relive the horror as if it has happened before us. The editing by Jinx Godfrey and Simon Smith is sharp. A consistent pace at a moderate level has been maintained. It doesn’t have a negative effect as we are truly immersed in the world. As mentioned previously, the writing by Craig Mazin is sensational.